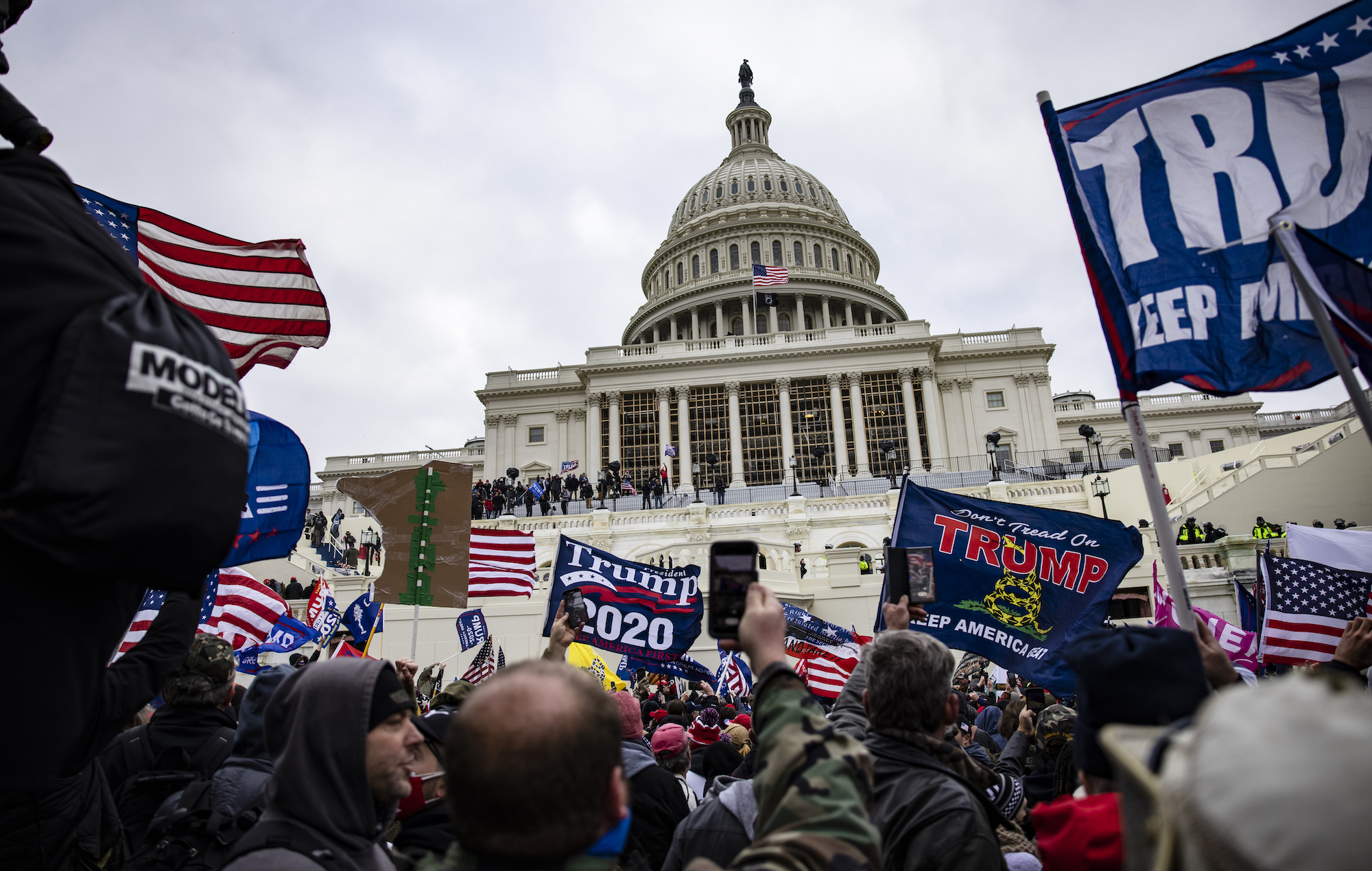 A new HBO documentary exploring January’s US Capitol insurrection, Four Hours At The Capitol, is set to air next month.

Supporters of outgoing President Donald Trump stormed Capitol Hill on January 6 this year to protest the certification of Joe Biden’s election victory in Congress, which resulted in five deaths and a Congressional investigation – as well as Trump being banned from social media.

The film, which is being collaboratively produced by both HBO and BBC, will include brand new footage from the extraordinary events of the day. Leaving Neverland director Dan Reed will executive produce the film, with Jamie Roberts (The Rise Of The Murdoch Dynasty) directing.

According to a statement from HBO (per The Wrap), the movie is “tightly focused and comprehensive” and “unfolds with urgent precision” as it depicts the aftermath of Trump’s notorious “fight like hell” speech while he sought to overturn the 2020 US election.

In addition to the previously unseen footage, Four Hours At The Capitol will feature exclusive interviews that show the personal experiences of those who witnessed the events, including Representatives Jim McGovern, Eric Swalwell, Ruben Gallego, Buddy Carter and Rosa DeLauro; Senators Chuck Schumer and Dick Durbin; and a number of protestors, journalists and Capitol staffers.

Four Hours At The Capitol is set to air via HBO Max on October 20 at 9pm ET.

Earlier this year (March 18), it was also announced that Showtime would be producing a limited series on the US Capitol insurrection.

The show comes from Billy Ray and Shane Salerno, creators of Showtime series The Comey Rule, which starred Brendan Gleeson and told the story of FBI director James Comey’s experience of serving under Trump (played by Gleeson).