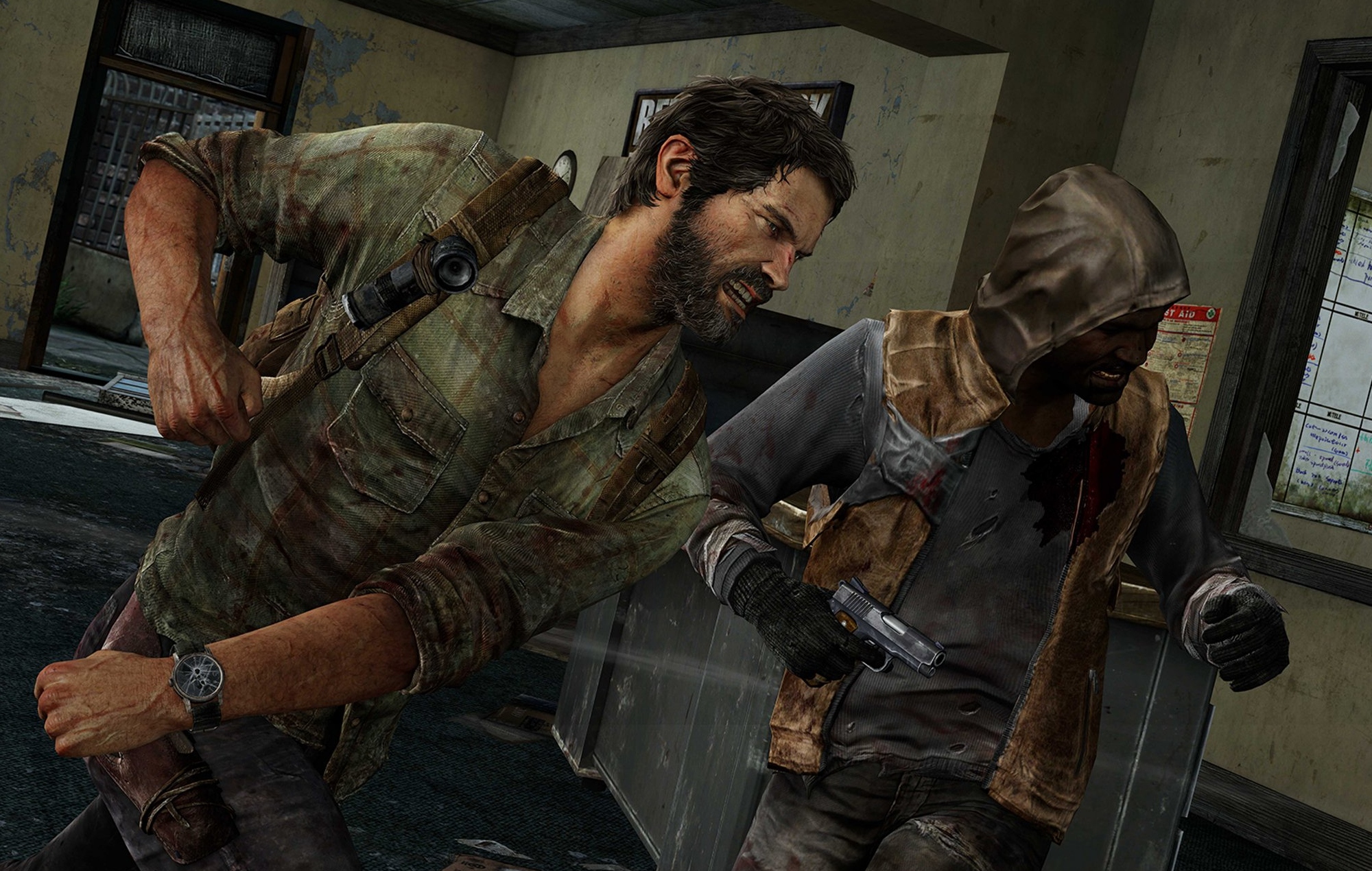 When video game studio Naughty Dog first released The Last Of Us in 2013 for the PlayStation 3, it was quickly hailed as a revolutionising force in gaming storytelling.

The 2013 game – and its acclaimed 2020 sequel – tells the story of two strangers who are forced to travel through zombie-infested America, becoming as close as father and daughter as they learn to trust and rely on each other. Offering action-packed gameplay in service of character-driven storylines, The Last Of Us has become an acclaimed and fiercely beloved franchise.

In November 2020, the game’s compelling storytelling was further recognised when HBO officially greenlit a live-action series based on the game. Fans have only gotten more excited as news trickles out about its cast – including Pedro Pascal, Bella Ramsey, Gabriel Luna and more – and its budget – a rumoured $10million per episode.

As you wait for the first season of the HBO series, here’s everything you need to know about the adaptation so far. Warning: spoilers for The Last Of Us and The Last Of Us Part II ahead.

What is The Last Of Us about?

Based on the popular 2013 PlayStation-exclusive game, The Last Of Us takes place 20 years into a zombie outbreak on Earth. Called the “Infected”, the undead are inflicted by cordyceps fungi that have mutated to infect, kill and grow over animals – and now humans.

The game tells the story of Joel and Ellie, two strangers who form a close bond over the course of their journey through America. Joel, a hardened smuggler who has lived through the apocalypse since its inception, is tasked with escorting Ellie, a 14-year-old girl who was born into the pandemic, across the country.

Unbeknownst to Joel, Ellie is immune to the outbreak, having been bitten by an Infected but not turning into one. Ellie’s guardian, Marlene, sends Joel on a no-questions-asked quest to escort her ward to the other side of the country, where – spoiler here – Ellie will be killed in order to create a vaccine.

During their tumultuous journey, Joel and Ellie become closer, almost like father and daughter – and he ultimately discovers the true reason behind his quest.

Is there a release date for HBO’s The Last Of Us?

While a release date has not been announced, an April 2021 report from Collider revealed that the series began production in July in Calgary, Canada, and will wrap filming almost a year later on June 8, 2022.

Given the show’s filming schedule, it’s been speculated that The Last Of Us will air on HBO in late 2022. This has since seemingly been confirmed by pilot episode director Kantemir Balagov, who included a 2022 release window on his official Instagram page.

Who has been cast in The Last Of Us?

Pedro Pascal (Game Of Thrones, Narcos) will play lead protagonist Joel Miller, it was confirmed in February. A June report from TheGamer later revealed that Pascal wasn’t HBO’s first choice for the lead role. Instead, the studio was looking at Oscar-winner Matthew McConaughey, who allegedly turned down the role due to undisclosed reasons.

Ellie will be portrayed by young Bella Ramsey, who HBO viewers already know as Lyanna Mormont in Game Of Thrones.

Joel’s brother Tommy will be played by Gabriel Luna (Agents Of S.H.I.E.L.D), while Ellie’s guardian Marlene will be portrayed by Merle Dandridge, who was both voice actor and body model for the character in the 2013 game.

Sarah, Joel’s deceased daughter, will be portrayed by Nico Parker (Dumbo), it was announced on July 1.

On July 15, Deadline reported that three more actors have been added to the cast. Jeffrey Pierce – who voiced Joel’s brother Tommy in the games – will play Perry. Created just for the television series, Perry is a character in one of several quarantine zones across the country.

Con O’Neil will play Bill, an old acquaintance of Joel’s. Bill – who appeared in the first game – will aid Joel and Ellie in their journey across the country for a short period of time. Murray Bartlett has been cast as Frank, Bill’s partner who was briefly mentioned in the first game.

Naughty Dog co-president Neil Druckmann has also suggested that the show will feature Maria (Tommy’s wife), Riley (Ellie’s best friend) and a censored character with a four-letter name, who gamers have speculated is Anna, Ellie’s mother.

Is there a trailer for The Last Of Us?

A trailer has not yet been released. Watch this space for updates.

Are there stills from HBO’s The Last Of Us?

While HBO has yet to release official stills, in July Tommy actor Gabriel Luna shared a production shot of the cast in action with director Kantemir Balagov, confirming that filming for the pilot episode had begun.

The image Luna shared depicts a scene from the opening minutes of the first game, when Joel, Tommy and Sarah attempt to flee the country at the start of the outbreak in a car.

How many episodes will The Last Of Us have?

HBO’s adaptation of The Last Of Us will have 10 episodes, writer Craig Mazin revealed in a July 6 episode of the Scriptnotes podcast with John August. Each episode will last about an hour.

In comparison, the average playtime needed to complete the main story in the first game clocks in at around 15 hours. The difference in runtimes between the show and the game means action sequences will be scaled back, Druckmann said in an interview with IGN.

The changes stem from the show’s mission to focus more on the characters and story-telling aspect of the series, Druckmann said, rather than the action that drives a significant portion of the games.

How different will HBO’s adaptation of The Last Of Us be from the game?

Druckmann has confirmed that while some dialogue from the game will appear in the live-action series, parts of the storyline may “deviate greatly to much better effect because we are dealing with a different medium”, he told IGN.

He added: “Some of my favourite episodes so far have deviated greatly from the story, and I can’t wait for people to see them.”

Smaller superficial details, such as outfit choices, may also vary from the game as the showrunners are more focused on nailing “the core of who these people are, and the core of their journey”, he said.

In July, Perry actor Jeffrey Pierce revealed that the scripts he has seen from the show are “I think the best scripts I’ve ever seen in terms of level of details, the level of texture, the capturing of the essence of Joel and Ellie”, as he said in an appearance on the podcast To All The Films We Judged Before.

Who will direct HBO’s adaptation of The Last Of Us?

The pilot episode of The Last Of Us is being helmed by Russian filmmaker Kantemir Balagov (Beanpole, Closeness), according to Deadline Hollywood.

On August 31, Balagov revealed on Instagram that he’s done with his work on the show. “My job here is done,” he wrote. “I’m really grateful for the opportunity. It was a great experience with ups & downs.”

On September 15, the Directors Guild of Canada (DGC) shared an updated list of crew attached to the show. DGC notably listed Naughty Dog co-president Neil Druckmann and writer-producer Craig Mazin as directors for an undisclosed amount of episodes in its first season.

Who is writing and producing The Last Of Us?

Neil Druckmann, Naughty Dog co-president and creative director of both games, will write for the HBO series alongside Chernobyl’s Craig Mazin. Mazin is also a producer on the show.

Druckmann will also serve as an executive producer for the show alongside Carolyn Strauss, Naughty Dog president Evan Wells, Rose Lam and Carter Swan and Asaz Qizilbash of PlayStation Productions.

Gustavo Santaolalla, who scored the franchise’s two games, will return to score the HBO series, Druckmann revealed in a tweet in March 2020, when the show was still being conceptualised and discussed by Naughty Dog and HBO.

What is HBO’s budget for The Last Of Us?

A July 18 Forbes report has suggested HBO is not being stingy with the budget for The Last Of Us. Per the president of IATSE 212 – Calgary’s union association for film artists and technicians that are involved in the filming of The Last Of Us – the show’s budget “well exceeds the eight figure per episode mark”. That means each episode could cost more than US$10million, making it more expensive than some seasons of Game Of Thrones, if true.

Neither HBO nor other key personnel involved in the show have confirmed the show’s budget.

HBO is ponying up for lead actor Pedro Pascal’s salary too, per a Variety report. Pascal, who plays main protagonist Joel in the upcoming show, will reportedly receive $600,000 per episode, bringing his total salary for the first season to $6million.

Where can I watch The Last Of Us?

The Last Of Us will be available for viewing on HBO upon its release.

Will there be a second season of The Last Of Us?

While a second season has yet to be confirmed by HBO, Neil Druckmann’s comments that the first season will focus on the first game hint that a second season – adapting the events of 2020’s The Last Of Us Part II – could be a possibility.