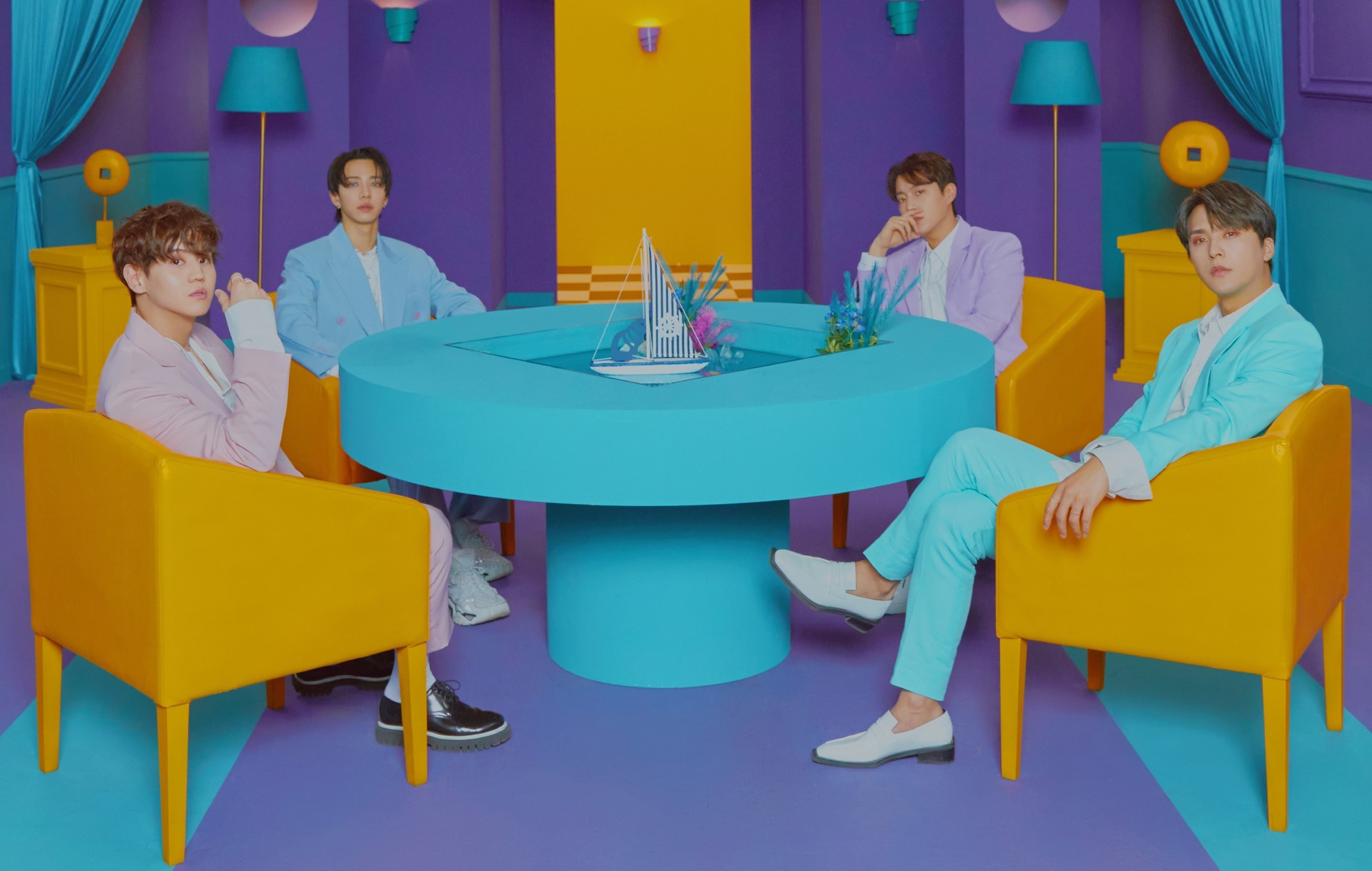 “I’m still here, it’s not the end,” goes the chorus of ‘Not The End’, the first track on Highlight’s recent mini-album ‘The Blowing’. After two-and-a-half years away from music while the now-four-piece group completed their military service, it was a reassuring, optimistic message to return with. Even after 12 years together, the second generation group have plenty left to achieve and show the world.

That’s something they’ve made clear in the last few months, not only through their May comeback but in recent performances, too. In June, they joined the lineup of KCON:TACT 4 U and proved they’ve still got the pipes, presence and performance skills to hold their own alongside some of K-pop’s fresh blood. Meanwhile, earlier this month, they let their creativity flow and treated their fanbase – known as Light – to unplugged performances with a live band during a special fan meeting.

What comes next has yet to be revealed, but Highlight seem more than happy to be back together after their hiatus and ready to take on whatever comes their way. NME catches up with them recently to discuss how their time away has affected their priorities as artists, what they missed most while on hiatus and what the future holds.

Hello Highlight! Like the lyrics for ‘Not The End’ tell your fans you want to get close to them again, you were able to be reunited with them on the KCON:TACT 4 U stage. After so long away, what was it like to see and perform for Light again?

Highlight: “Gi-Kwang had been featured in KCON:TACT 3 last year as an MC for [meet and greet] sessions and we know our fans love that, and we remember our KCON New York experiences back in 2017. We really wanted to perform at KCON:TACT and it was really great to meet our fans after a long time. Lights enjoyed our performances and we were so happy to see that. And we loved how KCON:TACT inserted our fans’ images cheering for us on the song and did lots of special events for us. We really appreciate KCON:TACT for making all this happen.”

Other than your fans, what did you miss the most about being a part of Highlight while you were on hiatus?

Highlight: “To perform on stages. We still miss that. We performed on the big stage at KCON, and it was spectacular with lots of special effects, but it cannot replace the performances where we can meet our fans in person. The tension and excitement that our fans would have while waiting for our stages, the feeling we get when we hear our fans cheering when we go up on stage, the eye contacts we have with our fans while we sing. We really want to have that again.”

‘The Blowing’ was your first comeback since you all completed your military service. How has being away from the music world for the last three years changed your perspective on being artists, or changed what you want to do with your music?

Highlight: “The thing we talked about most was that we want our fans to be proud of our songs because we know they have waited for this for a very long time. We wanted to deliver the message that our fans can rely on, like ‘we’ve always been here for our fans, and we always will be’.”

Gi-Kwang and Dong-woon, you participated in writing ‘Not The End’ and ‘Hey Yeah’, and ‘Surf’ respectively. What were each of your inspirations for those tracks?

Gi-Kwang: “I participated in ‘Not The End’ and ‘Hey Yeah’. They’re with completely different concepts, but they worked very well with the members. I usually get inspired by movies or [my] imagination, and I do want to make more songs in the future.”

Dong-woon: “It was my first time to participate in our group album, and I was so happy that our members did even better than I expected. ‘Surf’ was the song I originally made for my solo album with Doo-joon [as a featured artist], and apparently it was a good song for the group as well. I usually make songs with feelings or small thoughts I get from plays, movies, books or songs. I plan on making more songs as an artist.”

It’s not often that K-pop groups – or pop groups anywhere in the world – stay together for as long as Highlight has. There’s been a lot of changes and ups and downs on your journey over the last 13 years. What has helped you keep going through it all?

Highlight: “We understand the ‘differences’ very well. You know, you might have bad feelings about others when you don’t understand the differences. We don’t have that at all. It’s very natural for us to be considerate of other members’ feelings, and we never think ‘I’m losing’. And we talk to each other very honestly before someone hurts feelings. It has been like this for a long time, and now we have realised it’s most comfortable to perform, sing, dance and hang out with each other.”

You recently had an online fan meeting, which was held in an unplugged format and saw you perform with a live band. Why did you want to go down the unplugged route and what impact do you think the band had on the performance?

Highlight: “Previously, when we were with a different management company, we had the event that when you buy an album, you get a chance to win a ticket to an ‘Unplugged concert’. We had a limited capacity of 500, and we don’t have video footage [of it] anymore. Recently we heard our fans missed that concert so much, and that’s what we got inspired by. We decided to do it with a full band for that reason. We know that our fans love our songs with the live band just as much as we do, and we want to arrange the songs a bit and perform the songs we haven’t performed for a long time to give our fans new experiences.”

What else can we expect from Highlight for the rest of 2021?

Highlight: “2021 will be… some of you may have heard this but Doo-joon will be starring in a drama and the others also have some plans as well. One thing we can tell our fans for sure is that we will not make you wait too long. We are thinking about so many things for the next page because we want to repay you for loving our songs so much, and we will see how it goes.”

Highlight’s latest mini-album ‘The Blowing’ is available on all major streaming platforms.