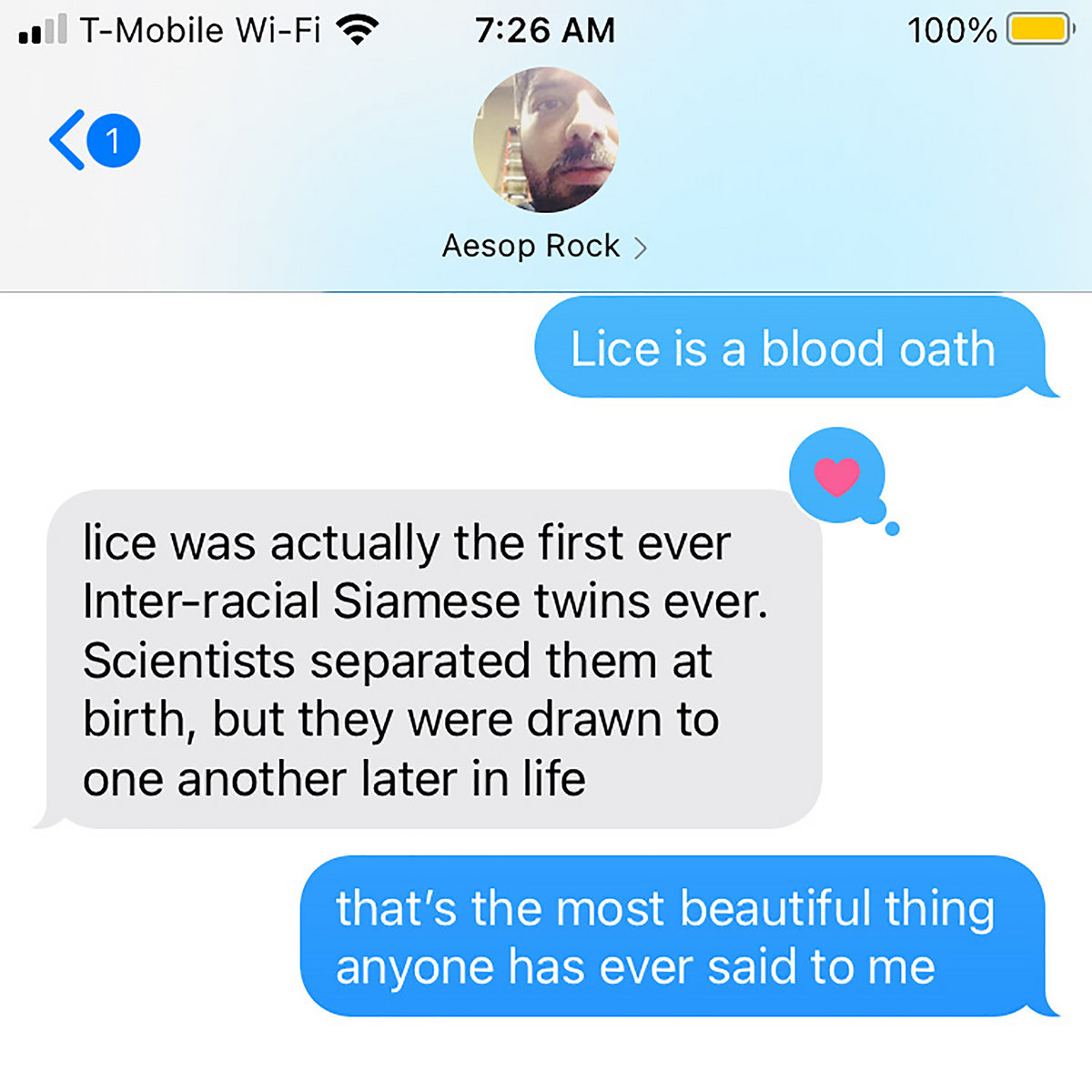 On August 6 Homeboy Sandman will release Anjelitu, a project produced in its entirety by good friends Aesop Rock.

“The EP showcases the dualistic/duelistic nature of my life,” Sandman notes, “as I wrote half of these songs when my energy was going in the wrong direction, while writing the other half when my energy was headed in the right direction. The title refers to my family calling me ‘Angelito’ (Little Angel), and the taijitu symbol for yin and yang.”

While he spends most of his time on the boards to the EP, Aesop joins Boy Sand on the track “Lice Team, Baby.” hear it below.