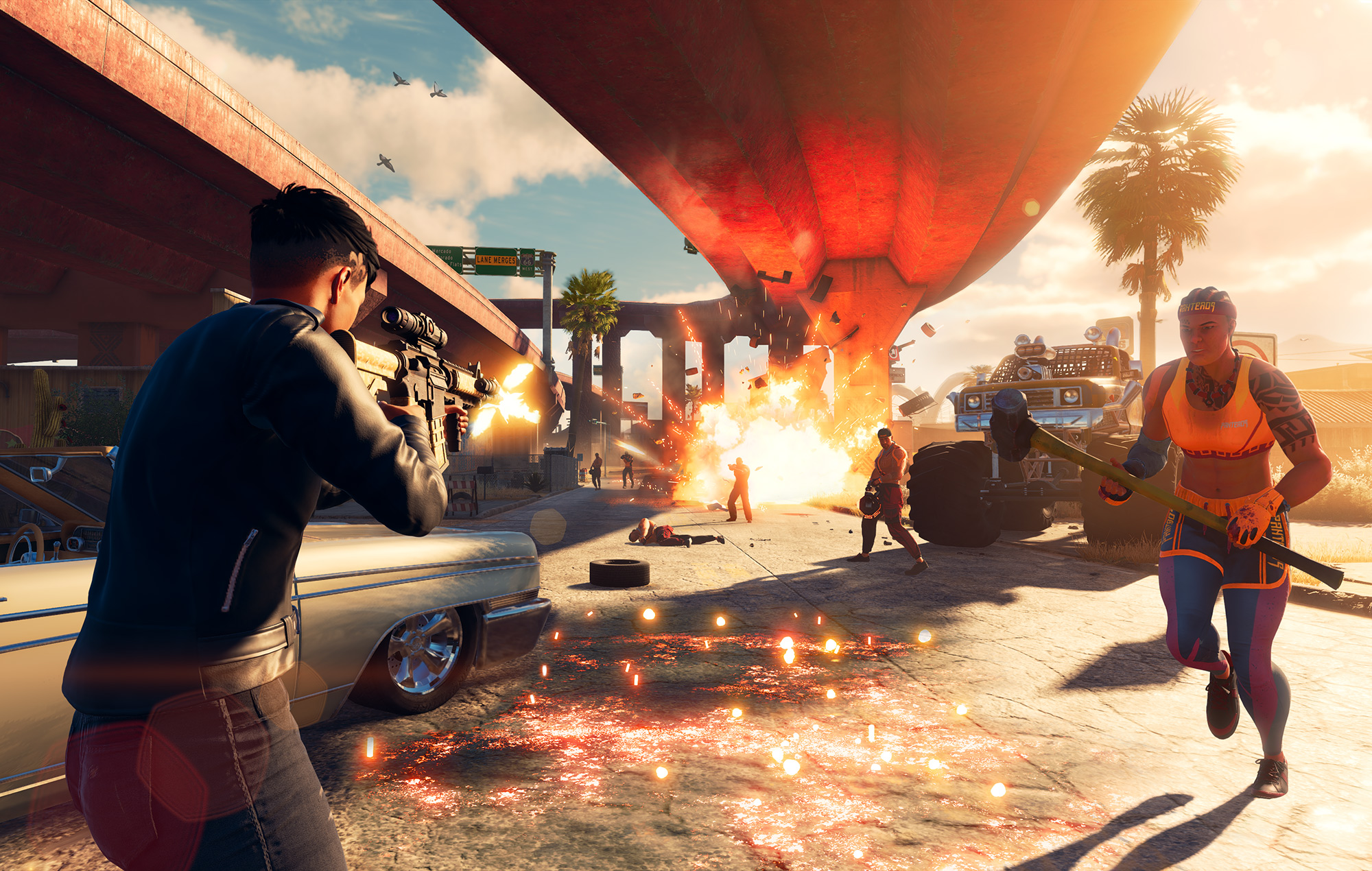 In 2001, Grand Theft Auto III changed the gaming world – and it’s own – by making the leap to 3D with a stunning open-world for you to crime about in.   Gone were the top-down views and cartoonish violence of the series’ first two instalments, replaced with a richly detailed Liberty City where seemingly anything was possible, so much game it was almost unbelievable that it worked on the PlayStation 2 at all.

By 2006 – and following the multi-million selling successes of Vice City and San Andreas – everyone wanted a piece of GTA’s criminal empire, from the likes of original titles Mafia and True Crime: Streets of LA, to games based on mobster movies such as Scarface: The World is Yours and The Godfather.

At the time, the original Saints Row seemed like just another contender for the throne – an Xbox 360 exclusive centred on gang warfare and building a criminal cartel, set in an open world. Like modern GTA, it boasted top-tier voice acting, some attempts at emotional heft in its story, and plenty of freedom to cause carnage around its fictional city of Stilwater. It aimed to differentiate slightly, offering a more branching narrative hinged on your efforts to take out rival gangs, plus some multiplayer options, but for the most part it ended up being yet another GTA clone – albeit a successful one, selling over one million copies in its first year.

That’s where the series may have stayed, had its own sequels not abandoned the gritty seriousness of street crime for increasingly outlandish scenarios. By the time of 2013’s Saint’s Row IV, your player-created character was president of the US and helping stave off an alien invasion using cybernetic superpowers, while 2015’s Gat Out of Hell took a metaphysical twist, diving into the realm of the damned.

However, once you’ve taken over the universe and conquered hell, where can you go next? How can the next Saints Row game possibly top any of that? The answer is: it doesn’t. Instead, developer Volition’s next entry in the series is a return to basics, with a ground-up reboot taking the series back to its roots as a scrappy crime caper.

Simply called Saints Row, the upcoming game is set in a new fictional city, Santo Ileso, based on the American Southwest. Volition says it’s one of the biggest cities the studio has ever built, with distinct regions reflecting different cultures and economic statuses to explore. The setting will also have a high degree of verticality to it, with early gameplay footage seen by NME ahead of the game’s reveal at Gamescom showing characters leaping from skyscrapers using wingsuits. Aerial vehicles will also be available in the game, including helicopters and VTOL jets, enabling faster routes through the city and a touch of aerial assault.

In total, there will be nine unique districts making up Santo Ileso, and in true Saints row fashion, three warring factions will be vying for control of them.

The first is Los Panteros – tough, brutal, and street-hardened, they make their base in an abandoned motor factory. Despite their unrelenting nature, they’re also described as taking pride in the traditions of Santo Ileso. In contrast, the Idols are self-styled anarchists, living an endless party – no matter who gets hurt in the process. Finally, Marshall Defence Industries masks its criminal activities with a veneer of legitimacy, operating officially as a private military corporation and literally owning some of the most affluent parts of the city.

Becoming the biggest gang in town won’t just be a matter of outshooting your rivals though. The new Saints Row will feature ‘Criminal Ventures’ – effectively organised crime business fronts. As players progress, they’ll be able to take over vacant construction lots, deciding what gets built on them and what enterprises to run from them. You might build a fast food outlet to serve as the friendly face of a drug ring, or a legitimate garage that doubles as a chop shop. What and where you choose to build should also mean every player’s version of Santo Ileso will be truly unique, in form and function.

It’s all built on a brand new game engine too, rather than trying to expand on the bones of the one used for 2020’s Saints Row: The Third Remastered. The results, so far, look spectacular – even in the pre-alpha footage seen in early glimpses, Santo Ileso looks to be a richly detailed world, with thriving city streets and lush natural surroundings to explore.

Narratively, the game seems to be taking something of a cue from the Fast and the Furious movies, with an emphasis on found family. The new generation of Saints are all drawn to Santo Ileso for the promise of a new or better life, but find that life itself has other plans. Down on their luck and drawn into the existing gangs, the group teams up to take the city for themselves, rather than stay stuck at the bottom. Volition says the theme of the game is “self made”, and it certainly seems central to what’s been revealed so far.

Four members make up the core of the new Saints – Eli, tech wizard and would-be entrepreneur, described as the planner of the group; Neenah, an ace mechanic with a natural affinity for machines, and Kevin, a DJ and “people pleaser”, a thrill-seeker who grew up in foster care and is now looking for anywhere to belong.

Players will fill the role of the fourth member as ‘The Boss’ – as ever in Saints Row, a customisable character, built to spec using what Volition boasts is the most extensive character customisation suite ever seen in the series. We’ve yet to see this in action, but Volition says it will be a “major feature”, and include eight character voices to choose from.

There’s no sign of any returning characters from the original canon though, but it would be surprising if Volition don’t include some nod to Johnny Gat, a fan-favourite who appeared in every previous Saints Row game.

One big difference the new Saints Row is set to offer is the ability to play every single mission in the game co-op. While the game is fully playable as a single-player experience, it’s set to offer “seamless” drop-in, drop-out gameplay for friends. Players will be able to team up, or play “pranks” on each other – quite what this entails is another aspect that’s yet to be detailed, but it does indicate that the return to a more serious, grounded approach doesn’t mean that the reborn Saints Row is entirely po-faced, despite deliberately scaling back the wackiness of past Saints games.

The unfortunate end result of the reboot though is that after carving out an identity for itself, Saints Row is once again going to have to endure comparison to Grand Theft Auto. After all, it’s hard to look at the scope of Santo Ileso and not see a deliberate attempt at replicating the sprawl and variety of Grand Theft Auto V’s San Andreas, or the ‘Criminal Ventures’ and not think of GTA V‘s heists.

However, it’s been eight long years since Rockstar offered a story-focused, single-player Grand Theft Auto, preferring instead to focus on the lucrative GTA Online. If the new Saints Row can fill that gap – and this early look is certainly promising – few players are likely to complain. The series already took over the stars and hell itself; now might be the time it finally comes for GTA’s throne.