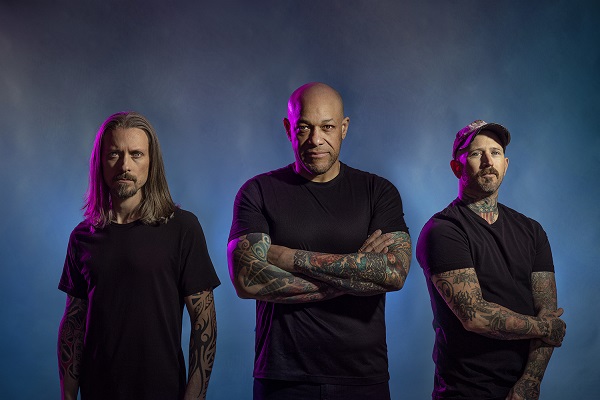 Light the Torch – Story by Anne Erickson, photo by Shindov

Interview: Howard Jones of metal band Light the Torch discusses the band’s new album, “You Will Be the Death of Me”

Light the Torch are back with a new album, “You Will Be the Death of Me,” which arrived late last month. The set features heavy guitars and powerful vocals a la Howard Jones, offering an appropriate follow-up to 2018’s “Revival.”

Speaking with Audio Ink Radio, Jones says the past year has been “different,” but he has “stayed as busy as I could and tried not to go down dark paths. That said, Jones didn’t go down a dark path, but the new album did.

“Even by name, it’s dark,” Jones says of the new album. “The tone got set with the title track- that was one of the first songs we did, and it really set the tone. So, it felt like this was the path to take for this album, to have it go down a darker path. To have darker tones and chords and a darker album felt appropriate.”

As the frontman for Light the Torch and formerly Killswitch Engage, Jones is plugged into the metal and hard rock world. So, what does he think of the state of metal today?

“I don’t think of it like that. I just work, and in my opinion, it’s music, so there will be be an ebb and flow,” he says. “As long as someone is picking up a guitar or enjoys drums and likes singing and screaming over instruments, it’s not going anywhere. It’s music. I don’t see it leaving anytime soon.”

Tours and festivals are starting to open up across the U.S., and while that’s welcomed, Jones says it’s going to feel different to be back out on the road.

“It’s been a while,” he says. “Playing live is such a different vibe, and it’s been so long, so you miss it, but it’s almost like you forget exactly what it’s like. So, it’s going to be interesting to step back into it. I’ve done it for a very long time, but it still feels like it’s been forever. I think everyone is going to be very high and giving. That’s the best way I can describe it.”

“You Will Be the Death of Me” marks Light the Torch’s sophomore album. Previously, the group released the aforementioned “Rivival” and two albums under the band name Devil You Know. For more on Light the Torch, visit the band’s Facebook page.