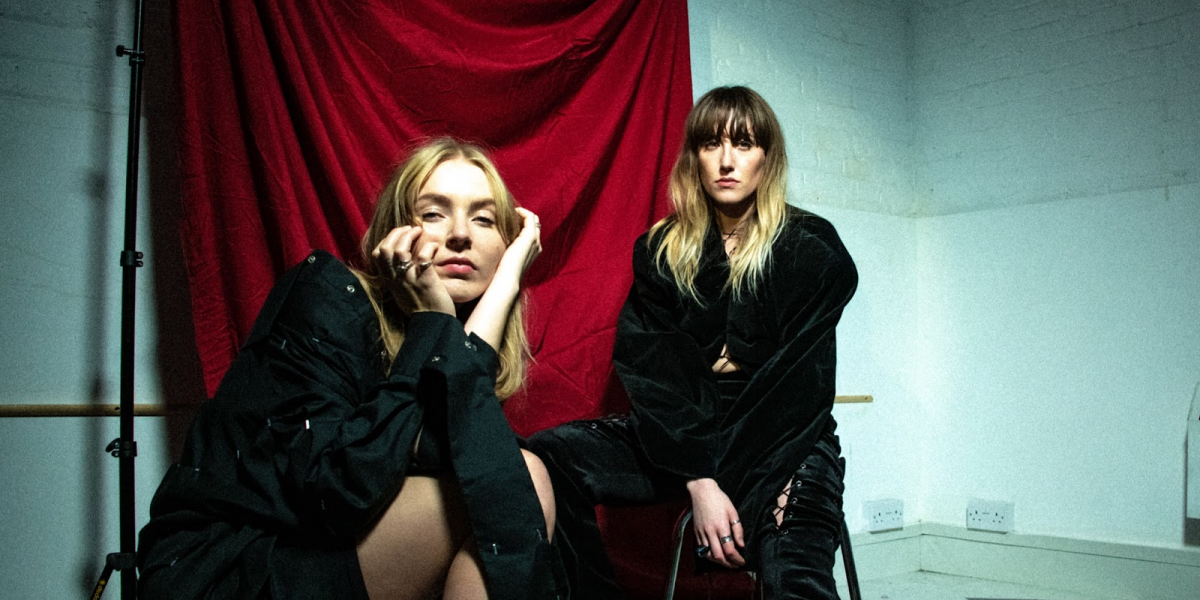 Releasing oneself from the grip of a major record label may make for a liberating endeavour. In the curious case of London duo IDER it’s easy to wonder just how far new wings are going to stretch – with debut album Emotional Education, released via Glassnote (the label that houses Mumford & Sons and Phoenix in the distance), they had already been touted as a genre-hopping act, so what’s the plan now that any constraints have been shunned?

The plan is Shame, a loosened take two of IDER that ricochets from one mood to another. Now without the confines of a label, Megan Markwick and Lil Somerville have been able to meliorate their music and friendship their own way, and while true category may still need not apply, the result is a freeing, sun-kissed synth pop album.

But while the musical value of Shame may appear photogenic and laidback, there is a strong combative element; a ‘warts and all’ revelation. There’s hardly a grievance unaired on Obsessed, which asks every neurotic question necessary – “do I speak like you? Do you want me to?” – while millennial insecurities morph into waves crashing against rocks amidst a glinting, synth sky.

Fuckboys become the subject of half-raps on Knocked Up; a coming-of-age/become-of-age square-up to dodgy surroundings. Taking the edge where decisiveness is concerned, Bored resonates with the art of not giving a damn; a tell-all in confrontation as every chunk of music industry egomania translates to blahs in the ears of IDER. The best revenge is living well, proven by the hip, good-timey aloofness of the track.

The attentive friendliness that kicks the album off is a far cry, as Cross Yourself flicks through a few likes while loudening and dipping back into mild cascades of synthesised glee. Discomfort does arrive, but every mood of the duo’s is exorcised in self-therapy, resulting in tropical tunes like cbb to be sad, nearing hedonism as party rhythms and sunlit synth licks act as the track’s fuel.

Tape effects appear not as bone-breaking hurdles but self-assessed ugly truths as they rattle through Waiting 17 03 – if they deter via patience-testing, they’re just doing their job, buddying up to the track’s lyrical theme. The textural upswings of Embarrassed, which then clash with back-stripping, are similar, as they jell with a narrative that couples emotional nakedness and physical nakedness.

The performance style of Shame is as unfiltered as anything, particularly as whispers tow alongside autotuned lead vocals on finale Midland’s Guilt. Any hint of bleakness that ravages the core of the album is both met and embraced by an overt passion. Each and every device utilised by IDER – powerful vocal interplay, juxtaposition of musical identity that reads like the much-used black house/pink house meme – is impactful on a human level. Shame is the album that means the world to IDER, and it shows.