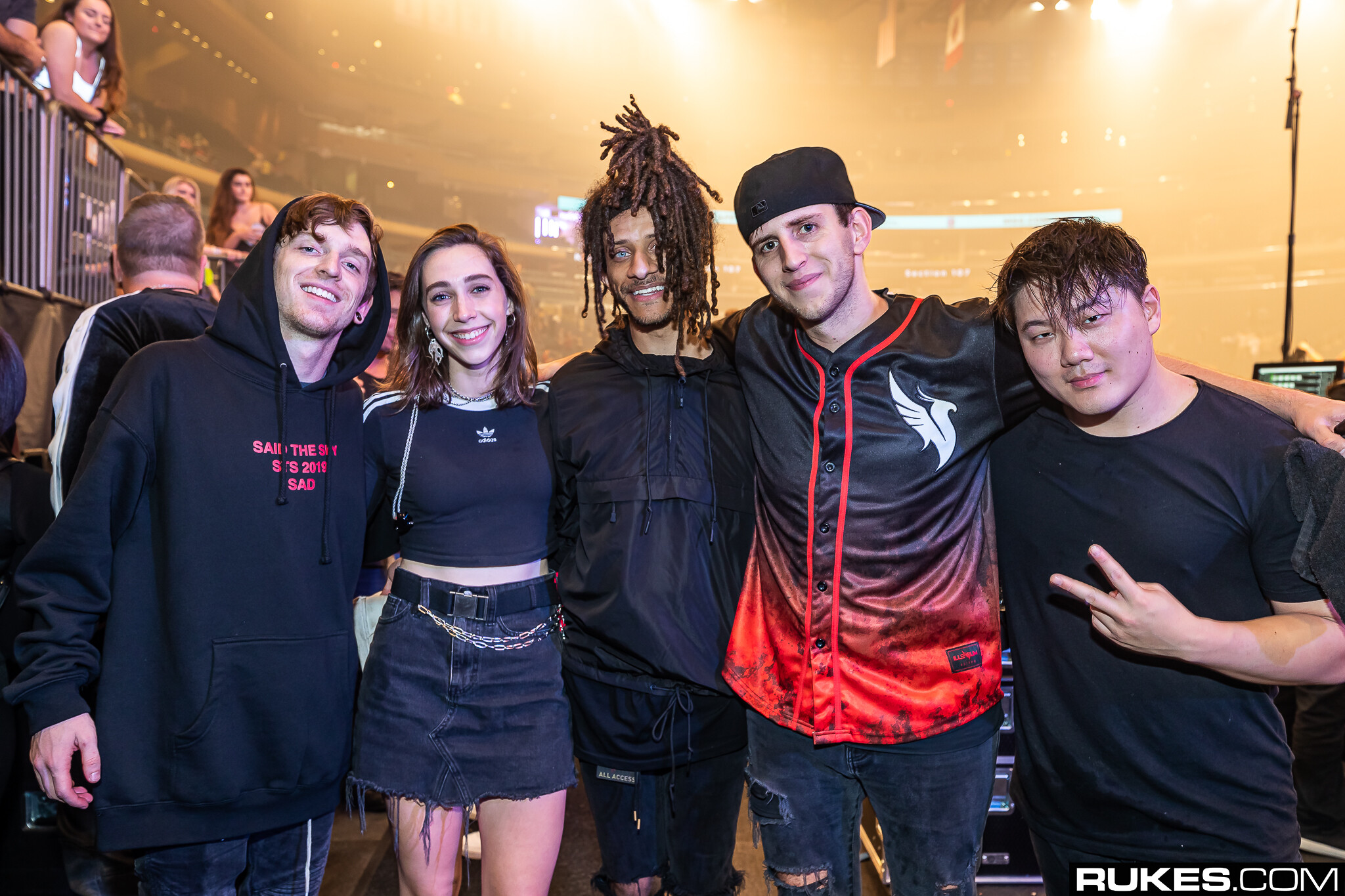 Back-to-back set wishlists are one thing, but ILLENIUM, Said The Sky, and Dabin adding a third “-to-back” into the mix was something we never thought would materialize (not counting ILLENIUM’s live shows). Global Dance Festival made it happen on July 23, bringing the three friends together for nearly 75 minutes atop the festival’s Summit Stage, and Dancing Astronaut‘s Instagram followers were able to witness a handful of exclusive videos in real-time that evening. The two-day Denver event didn’t host a formal stream of any kind, but the one and only live-set archivist known as DerekD2 has now come through in the clutch again, uploading his crowd-filmed video in 4K HD to YouTube.

The three-manned assembly lived up to all the excitement that came about when Global Dance Festival first drew back the curtain on their 2021 poster, resulting in another incredible outing for ILLENIUM in July alone, following his TRILOGY blowout in Las Vegas. Despite some unnecessary screaming from someone near DerekD2, ILLENIUM, Said The Sky, and Dabin came out guns blazing in Denver, collectively introducing themselves with an all-time blend of ILLENIUM’s “Awake 2.0 Intro” alongside some of Said The Sky and Dabin’s finest releases, including “We Know Who We Are” and “Lights.” As expected, the track curation that would follow was A1, with the three shooting off RL Grime’s “In Your Head” edit of G Jones, Skrillex and Noisia’s “Supersonic (My Existence),” and even a new album ID from Dabin. The standout moments of the rare showing were undoubtedly the exclusive mashups that succeeded the entrance edit, with the trio fusing together tracks like “Where’d U Go” and We The Kings’ “Check Yes Juliet,” “Superstar” versus “Sideways” versus “Hero” versus “Holding On,” and “First Time” combined with ILLENIUM, Excision, and HALIENE’s “In My Mind.”

Watch DerekD2’s recording of the B3B from Global Dance Festival below.