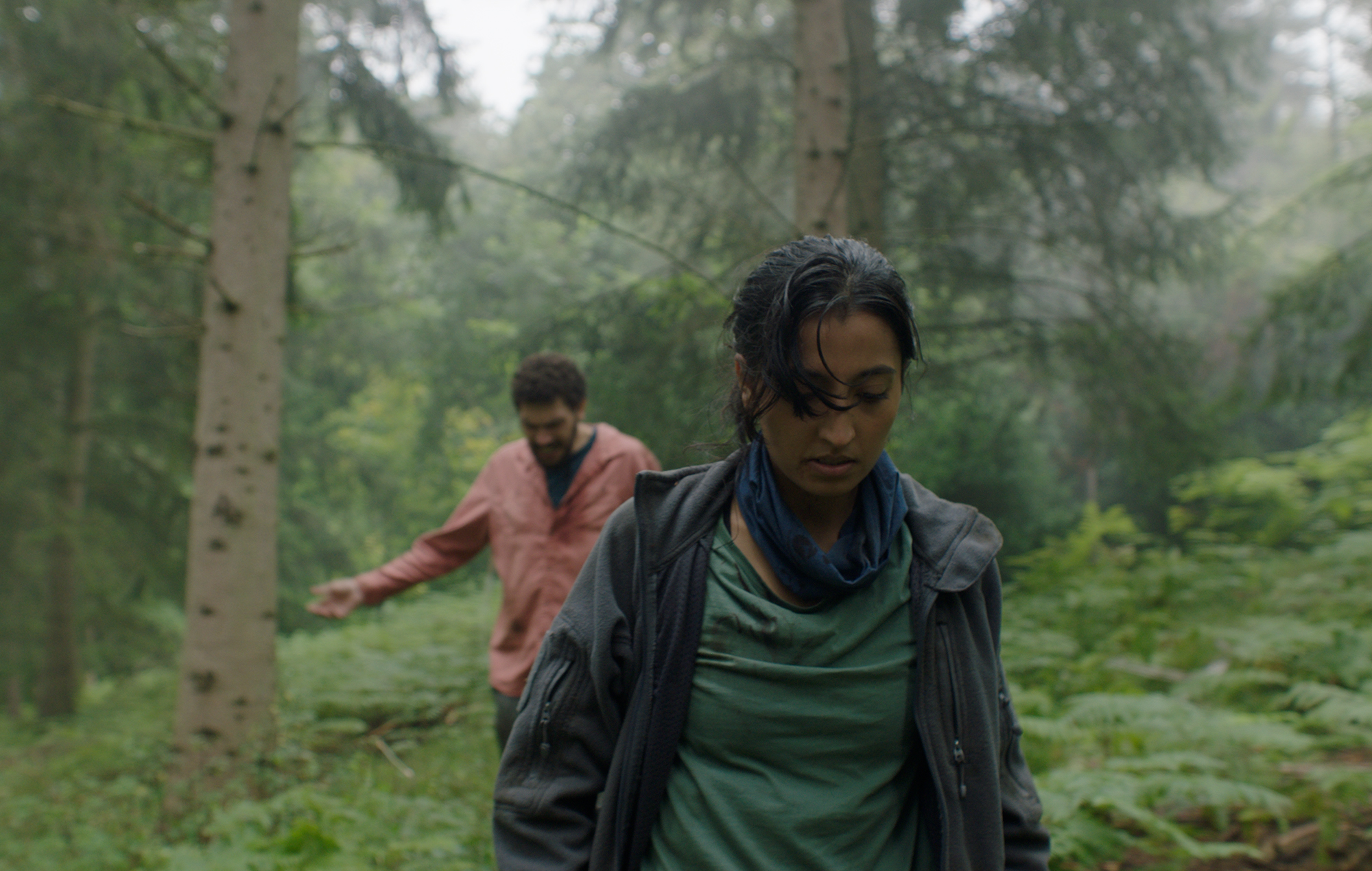 Movies set in the pandemic have been a mixed bag. Zoom chiller Host was a revelation of low-budget scares, heist comedy Locked Down a pleasant diversion full of recognisable moments, while sci-fi thriller Songbird received an almost universal trouncing from critics. At the same time, versatile British writer-director Ben Wheatley was busy making the most striking quarantine times film yet with a project conceived on the first day of UK lockdown in March 2020 and shot over 15 days in August.

In the Earth follows Dr Martin Lowery (Joel Fry from Game of Thrones and Plebs) as he journeys to a research site deep in the forest during a pandemic (but not necessarily our one). On the way he must stop at Gantalow Lodge, where officials in masks screen him for the virus and he meets guide Alma (Midsommar’s Ellora Torchia). The pair set off on a two-day expedition with the hope of meeting fellow doctor and Martin’s ex Olivia Wendle (Hayley Squires from I, Daniel Blake) but are attacked in the night while sleeping. They wake up bruised and shoeless but bump into kindly stranger Zach (Reece Shearsmith), who offers them shelter and shoes in a complex of tents he has built. Unfortunately, Zach soon proves he isn’t as kind as first appears by drugging drinks he provides them.

It emerges that Zach is keen to sacrifice the doctors to a forest spirit they had first seen in a painting back at the lodge. Things then take several gruesome turns when the mood moves from merely unsettling to hallucinogenic and terrifying. Martin and Alma try to escape Zach and are bombarded with a strobing, screeching audio-visual assault before apparently being saved by Olivia.

For his ninth film, Wheatley has successfully returned to the psychedelic folk horror of A Field in England, with a dollop of the dark humour he so expertly weaved through Sightseers. Fry is eminently watchable as the lead, Torchia is ace as headstrong Alma, while Squires is the right balance of helpful and menacing, ensuring we constantly question her motivation. Shearsmith, however, steals the show as deranged Zach and clearly enjoys playing a character as vicious as any he embodies in The League of Gentleman or Inside No. 9.

In addition to the skilled work of its cast, credit must be given to three technical triumphs. Clint Mansell’s nerve-shredding score will make viewers all wobbly for hours after. Director of photography Nick Gillespie’s handheld camerawork is also expertly panic-inducing. Wheatley’s laser-sharp editing, meanwhile, helps tighten the story into an anxiety overload. It will be a pleasure to forget most aspects of coronavirus but In the Earth could easily become a late-night cult film that rewards repeat viewings.