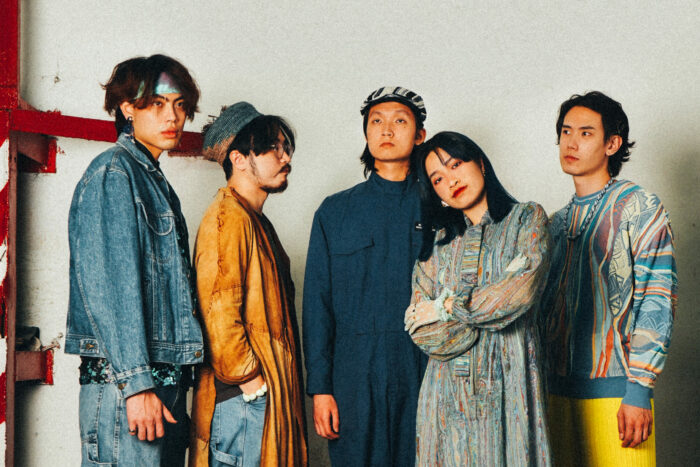 Forming in the latter half of 2014, Lucid Express were just four teens who found each other only weeks before the Umbrella Movement took over. Hailing from Hong Kong, the kaleidoscope dreamers were creating music in the midst of the intense social-political climate that was growing there. What eventually came out of these dark times was a technicolor haze that is their self-titled debut album. Acting as a daydream, whisking away from the grays of reality, this record is full of sunny disposition and cascading mirth. It weaves in and out of dreamy shoe-gaze and synth-pop, dropping the listener into a bath of warm nostalgia. It is a liminal space if it could be bottled up and inserted into a record.

I was able to sit down with Lucid Express and talk to them about signing with Kanine Records, the theme of escapism in their music, and the creativity and friendship that made this record possible:

You recently signed with Kanine Records in New York ahead of your debut album. What was it like signing to this label to release your very first full-length record? What caused you to gravitate towards them in the first place?

Sky (guitar): Surprised! – The best gift from our US trip.

Kim (vocals/synth): We were mutual fans of each other and finally met last year when we played at the New Colossus Festival in March, of which Lio (Kanine Records co-founder) is one of the festival organizers.

Andy (guitar): I’m happy to have the chance to reach more people outside Hong Kong/Asia.

Throughout your band’s lifespan, you’ve lived in the depths of the social-political climate of Hong Kong— creating music specifically designed to be an escape from the darker realities around you. Was that always your mission or did this determination to escape into music and each other grow the longer you were working together?

Kim: Indeed, it became some kind of escapism, but I think the mission, initially, was purely that we just wanted to make something the 5 of us like and enjoy playing.

How did the need to create and hold onto beautiful things such as friendships and art in the midst of these ugly times impact the music that came out of it? Do you think your sound would’ve gone on a different journey if not for the bleak environment around your home region?

Andy: I think the impact is that good things like our friendships have strengthened the way we write music. Of course – I think we would have gone on a different journey as the environment always affects us.

While listening to the album, I felt like I was being transported somewhere brighter than reality. Knowing your background, why do you think it’s so important for music, both personally and generally, to provide a safe space outside the troubles of real life?

Sky: I think most of our creativity is trying to sculpt our ideal world. Maybe the music that we made shows how we hope reality would be. Music is one of the most intuitive mediums to express and feel emotion and that’s how we go into our projects. I am glad that the music we made sounds brighter than reality.

How much of an emotional release is it to finally be putting this record out into the universe? What are you most proud of regarding the creation of the record?

Andy: FINALLY!!!! After all these years, we finally got it out!

Kim: It’s definitely emotional for us because there were so many hardships in order to get this album out. It has really relieved some pressure too.

What was the recording process like for this record? I’ve read that you all worked the late-night shifts so creating music came at odd hours like midnight-4 AM. was there a difference in the creation process at this time of night when the world is asleep compared to regular hours?

Andy: We recorded the record in our practice place, and we have learnt a lot of techniques in the process. There wasn’t really a big difference at this time of the night because we had already gotten used to it.

Kim: As a person who likes to go to bed late, I always think I work nicer at later hours. So, I quite enjoy it and don’t think of it as such a big deal.

It’s obvious that a lot of your sound comes from the likes of indie-pop and shoegaze. is that something you all naturally were attracted to in music, or is the dreamy atmosphere of the blending genres something you wanted to explore specifically for Lucid Express?

Wai (drums): I think we’re sooo into the dreamy atmosphere. And at that point we also like to create that shoegaze-like sound.

One thing you want listeners to walk away with once they finish your record?

Andy: A sense of relief.

Kim: I hope the listeners will enjoy it as much as we do. And I hope they would feel they were on a nice trip while listening to it.