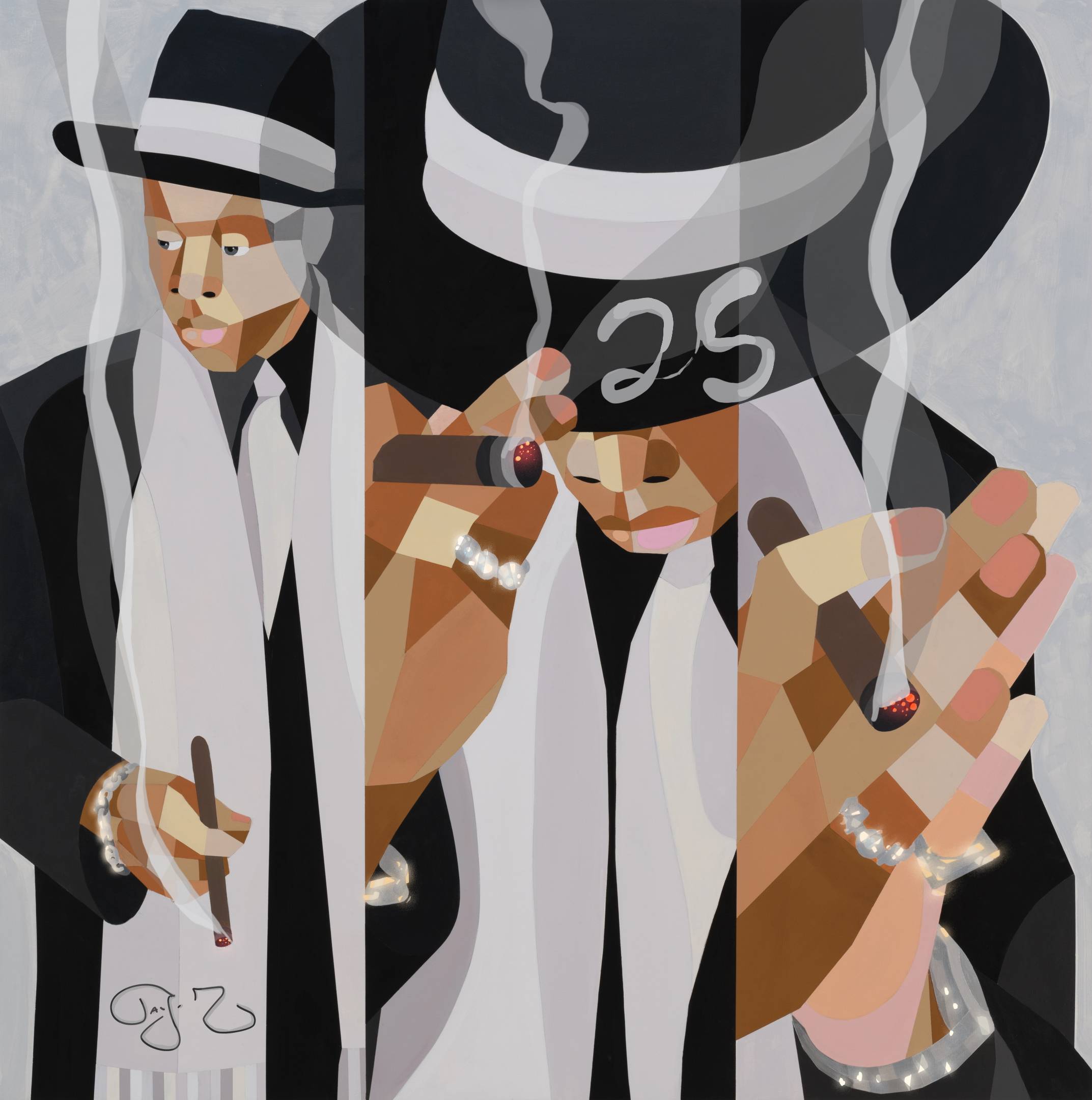 Jay-Z has announced details of his first ever NFT, which has been created to celebrate 25 years of his debut album ‘Reasonable Doubt’.

The NFT, created in collaboration with artist Derrick Adams, is called ‘Heir To The Throne’, the original title for the New York rapper’s legendary debut album that came out on June 25, 1996.

The original artwork will be auctioned off in association with Roc Nation and Sotheby’s auction house. The auction runs from June 25-July 2 with a starting bid of $1,000 (approximately £718). Fans can bid on the NFT here. It will also be available to view in person at Sotheby’s New York location and online via Decentraland.

The news of the fresh artwork comes after a New York federal judge blocked an attempt by Roc-A-Fella Records co-founder Damon Dash to auction off ‘Reasonable Doubt’ as an NFT.

The news followed the label suing Dash on June 18, claiming that he was attempting to sell virtual ownership of the copyright to the rapper’s 1996 debut album.

Dash has disputed that he was trying to sell the rights to the album, but, according to the complaint, investor platform SuperFarm said otherwise in its announcement.

Of the new NFT, Adams said: “Over the years JAY has collected and supported my work, and so this collaboration is particularly fulfilling. With this NFT project, we jointly embrace the opportunity to further the conversation about how artists of different mediums contribute to a more inclusive society.

“Jay’s album ‘Reasonable Doubt’ changed the game 25 years ago, and continues to influence so many of us. It tells the story of someone from Brooklyn occupying the urban space — a place that is as central to my own work as it is to his. My portraits aim to capture the sensibility, optimism and beauty of urban life, and in JAY’s work I’ve found tremendous kinship.”

Elsewhere, Jay-Z has reportedly filed a lawsuit against the photographer who shot the artwork to his debut album, alleging that he’s been using his name and image without permission.

In legal documents seen by TMZ, the rapper claims that Jonathan Mannion – who shot the ‘Reasonable Doubt’ cover – has used his name and likeness to sell merchandise and other photos on his website.