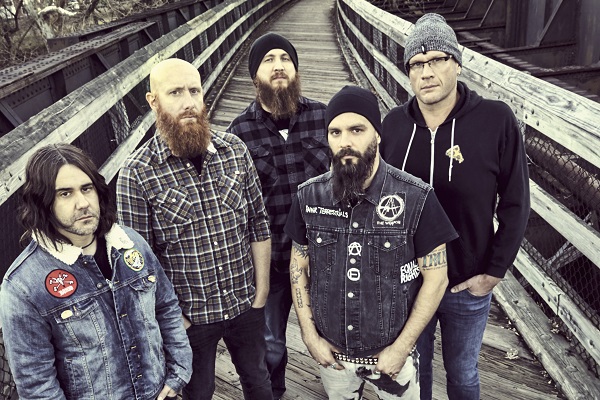 Massachusetts metal band Killswitch Engage have announced a special livestream event in which they’ll perform 2019’s “Atonement” and their 2000 self-titled debut album from front to back. The stream goes live at 7 p.m. ET on set for Aug. 6 and will be available on-demand for 48 hours.

The show, called “Vaccinated + Intoxicated,” will feature a performance from The Palladium in Worcester, Massachusetts. MyGoodEye’s David Brodsky and Allison Woest will direct the show.

“I am pleased we were able to finally pull this together,” vocalist Jesse Leach said in a statement. “I hope everyone who watches enjoys this as much as we did making it. Aside from the music, the laughter and funny moments were an equal part of the experience. The whole package really feels like a Killswitch experience and we’re stoked for everyone to see and hear it.”

Not only does Killswitch Engage have the livestream on the way, but they also have some in-person tour dates. The band will appear on Slipknot’s 2021 Knotfest Roadshow tour, and Killswitch will also perform at five festivals this year, including the Louder Than Life fest in Louisville, Kentucky, and Inkcarceration Fest in Mansfield, Ohio.

Tickets for the upcoming livestream are currently available for $12 via the group’s website. A range of packages are available, including some with merch and VIP access.

In other news, Times of Grace, the band that features Leach and Killswitch Engage guitarist Adam Dutkiewicz, has announced a new album, which will mark their sophomore follow-up to 2011’s debut, “The Hymn of a Broken Man.” The new album, called “Songs of Loss and Separation,” will arrive July 16 on the band’s own imprint label, Wicked Good Records, distributed via ADA Worldwide.