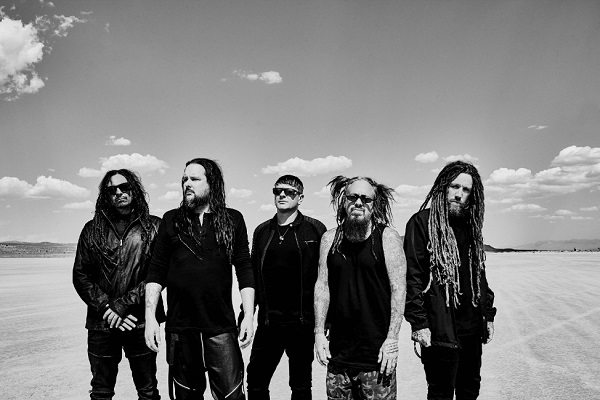 Korn bass player and original band member Fieldy has announced he won’t appear on the band’s upcoming tour dates. Fieldy took to social media today (June 21) to share the news, stating that some of his “bad habits” have led to issues with his band mates, family and friends.

Fieldy not only helped found the nu-metal group, but he has stayed in the band for Korn’s entire time together, neraly 30 years. Jonathan Davis and James “Munky” Shaffer have also stayed in Korn for its full career.

In his post, Fieldy writes to “all Korn fans worldwide” and explains that for the past six years, he’s been handling some “personal issues that at times have caused me to fall back on some of my bad habits and has caused some tension with the people around me.”

He adds, “It’s been suggested to me to take some time off to heal. I’m going to respect what was asked of me and take that time. Unfortunately you will not see me on stage with my band.”

Fieldy continues, stating that he’ll be “working towards getting the bad habits out of my system,” and also keep doing creative things to “keep my mind & soul in a good place.” He also thanks his fans for their support, as well as his band mates, adding that he loves his band mates and doesn’t “want to bring any tension or bad vibes to the circle.” He signs it simply, Fieldy. Read the full Facebook post from Fieldy here.

Korn are slated to embark on a co-headlining a tour with Staind this summer, with ’68 and Fire From the Gods opening up. The jaunt will kick off Aug. 5 in West Palm Beach, Florida, and run through a Sept. 21 date in Dallas. View the full roster of upcoming Korn and Staind tour dates here.