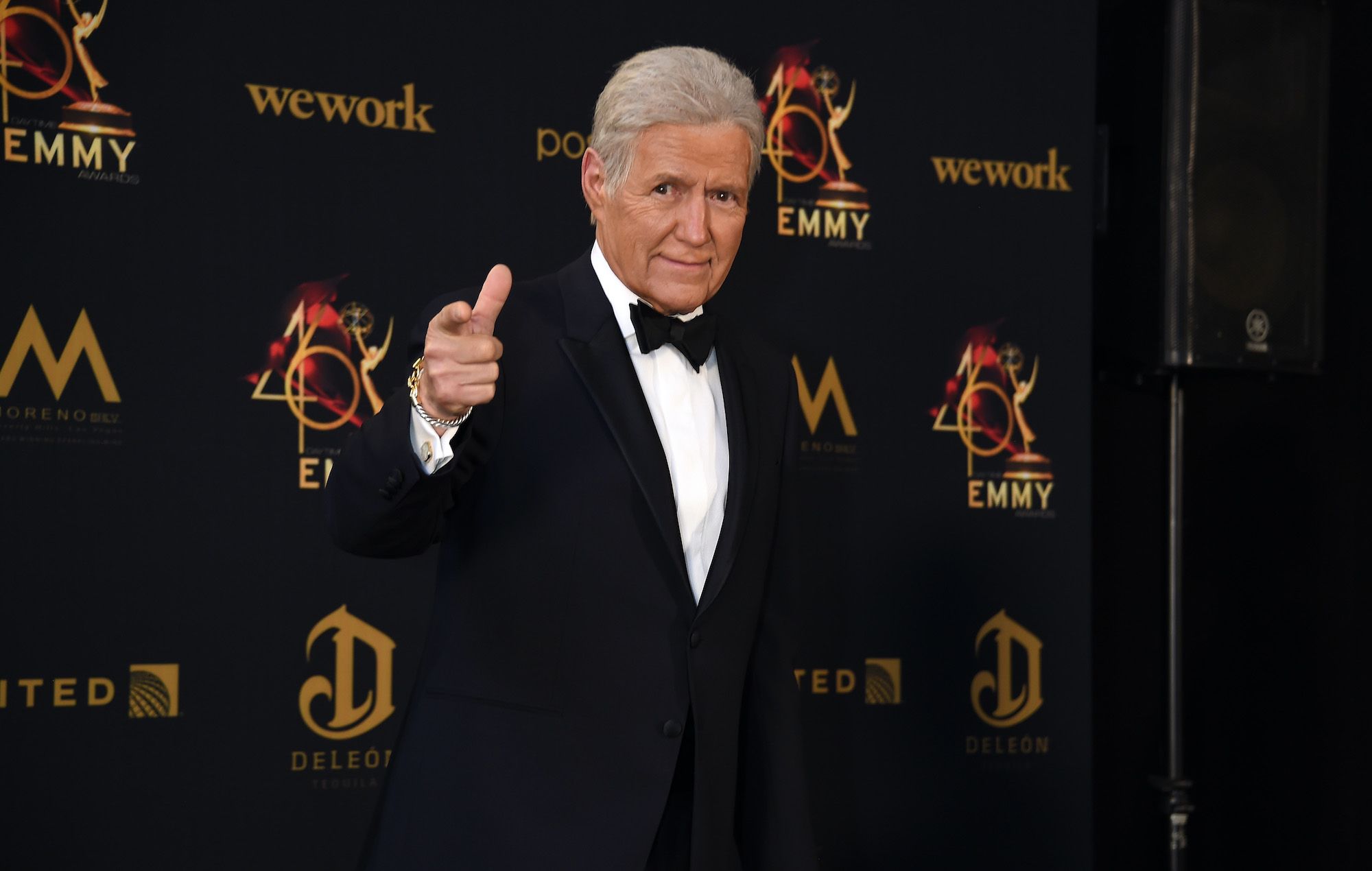 At the 2021 event, held on Friday (June 25), Trebek won his eighth Outstanding Game Show Host gong at the awards, from 31 total nominations.

The Canadian-born game show host, who became a popular and much-loved figure in the US while presenting Jeopardy! from 1984 to 2020, passed away in November following a battle with pancreatic cancer.

Trebek’s final Emmy was picked up on his behalf by his children Matt and Emily. “For as long as we can remember, he was always so proud to be a part of Jeopardy!, to work on a show that was based on knowledge, risk and the challenge – people had to think,” Matt said. “He loved every bit of it.”

Emily added: “He was always excited to go to work even during his battle with cancer. He was so fortunate that he was able to do what he loved and we know that he not once took it for granted.”

Earlier this year, Ryan Reynolds detailed his “heartbreaking” experience of recording a segment for Trebek’s posthumous final episode of Jeopardy!.

Upon news of his death, tributes from across the entertainment world poured in for Trebek, including one from Reynolds, who recalled Trebek making a cameo in his film Free Guy last year, while being treated for cancer.

“He was gracious and funny. In addition to being curious, stalwart, generous, reassuring and of course, Canadian,” Reynolds tweeted. “We love you, Alex. And always will.”