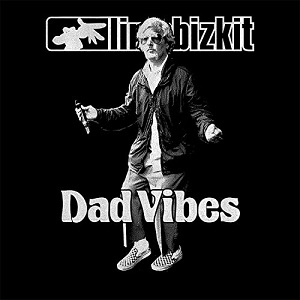 Fred Durst and Limp Bizkit have released a studio version of their new single, “Dad Vibes”

Limp Bizkit debuted a new song, “Dad Vibes,” at Lollapalooza earlier this year, and now, Fred Durst and company have finally unveiled an official studio recording of the single. The song, which is available now via streaming services, will arrive on the nu-metal band’s upcoming, first album in 10 years.

In addition to debuting a new “Dad Vibes” song at Lollapalooza, Durst also showed off a new “dad” look at the festival, complete with a gray wig, a horseshoe mustache and dad-appropriate get-up. Durst went viral with his new look, and Limp Bizkit became one of the most talked-about acts at Lollapalooza.

Along with the new single, Limp Bizkit have also announced a new with Artist Group International (AGI) for their North American touring representation. The group toured last summer but was was forced to cancel the majority of the run due to concerns over COVID-19. Limp Bizkit have announced that they’ll tour in summer 2022, with dates pending.

“I’m very excited to be teaming up with AGI for this next exciting chapter in Limp Bizkit’s journey,” Durst said in a statement. “It’s been a long time since I’ve felt this confident about our team on the field.”

AGI’s Dennis Arfa added, “We are honored to welcome Limp Bizkit to AGI. They are one of music’s most energetic headliners and we can’t wait to bring the guys back to audiences around the country next summer.”

Limp Bizkit have also announced that the band will release a new album via Suretone Records and ADA later this year. The album will mark Limp Bizkit’s first full-length studio album since 2011’s “Gold Cobra.”

Listen to the studio recording of “Dad Vibes” below. Find a variety of spots to download and stream the “Dad Vibes” single here.