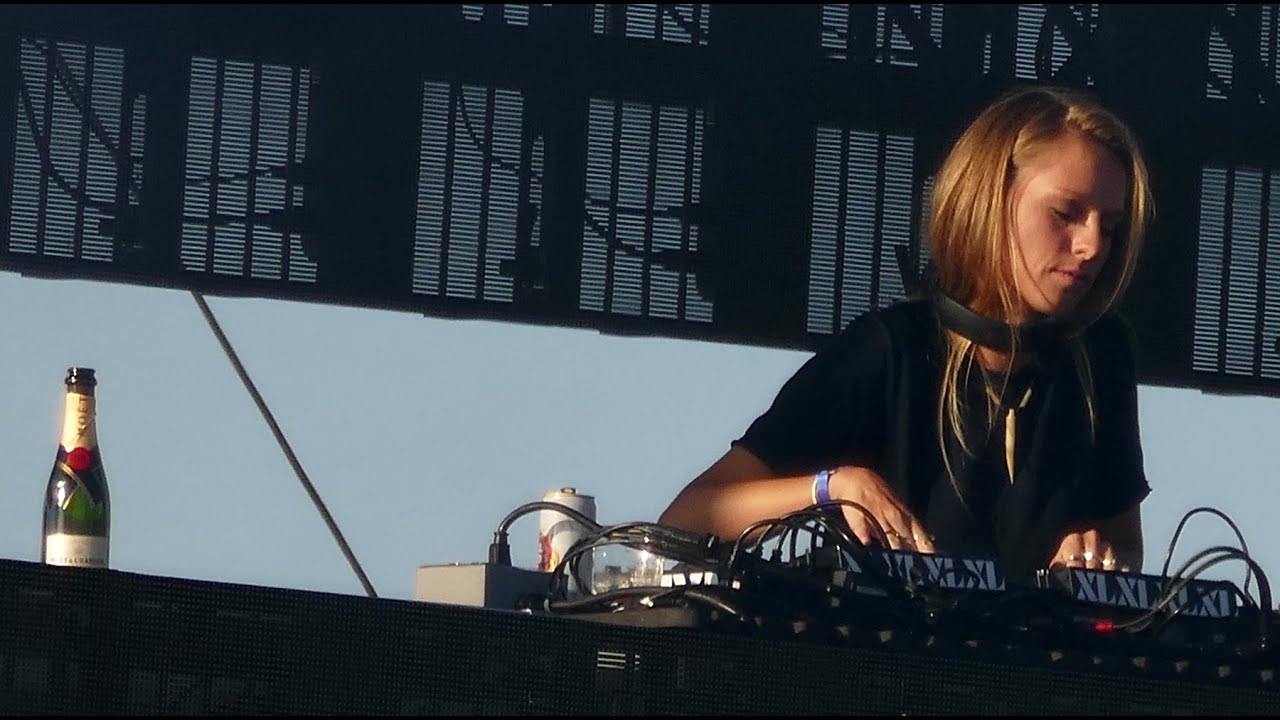 “Now to finally be back doing music live, seeing the reactions of the people…that is everything we’ve all been waiting for. Especially festivals…” Nora En Pure mused. “They give me shivers when playing because you just have this community again, you have the vibes. We’ve been craving for so long to just be next to people, seeing a crowd, being in a crowd,” the South-African/Swiss producer said during an interview with Dancing Astronaut, conducted live from CRSSD‘s DAY.MVS, hosted from August 7 – 8 in San Diego.

DAY.MVS marked the last stop of the “Come With Me” producer’s United States tour, which spanned 17 dates in totality. Beginning on July 1 in Tempe, Arizona, En Pure’s summer 2021 tour began as venue operators dusted off their dance floors in preparation for the return of live programming. Though the Purified Records spearhead was able to maintain her connection with her following through livestreams and radio shows hosted throughout the COVID-19 quarantine, she emphasized the beauty of the renewed sense of community that has since permeated live events and the electronic space:

“For many people, it’s still like the first time to go out. And you notice that in the crowd; they’re so happy to be back. They really celebrate the music. I would say especially festivals are still really, really special because there are not that many that could happen in the short time of once we got back to normal.”

In that pre-“back to normal” period, Nora En Pure supplied fans with recurring installments in her weekly radio serial and livestream experiences, notably performing in isolation from the mountains in Gstaad, Switzerland to celebrate 200 episodes of Purified Radio. Not long thereafter, she delivered an intimate, at-home livestream to commemorate Purified Records’ one-year anniversary.

“I started the label to feature and give a platform to young artists [who] I think are really talented but [who] don’t stand a chance because there are so many DJs out there. There are so many people buying tracks from names that they know,” En Pure said of her motivations for finding Purified Records, remarking that she “definitely” wants to continue spotlighting the early talent that might otherwise fly under the radar.

It’s worth noting that her curatorial efforts through Purified Records come at a time when electronic music is arguably in its most experimental state, which unifies established and emergent acts alike by affording them an expanded sense of creative licensure—and the ability to attract new listeners in the process. Nora En Pure explained,

“I love that there are so many niche genres popping up and that everyone’s really into it, because that means you can really develop and dive into your sound…If you develop a certain kind of style and end up in a sub-sub-genre, I think that’s still pretty cool because people will follow you…[People are] interested to discover.”

On top of sourcing undiscovered talent, Nora En Pure has remained environmentally conscious. Upon the release of “Aquatic,” dispensed ahead of World Oceans Day, En Pure’s team partnered with the nonprofit ocean conservation organization Beneath The Waves to “highlight the work that they do” for sharks and other endangered species. Having recently traveled to the Bahamas to assist with “shark-tagging,” En Pure said,

“I want to talk about [the conservation efforts] all night! It’s all about threatened species and working out how to protect where they live, making sure that the areas they can protect with the government are the right ones, where they actually swim and breathe…I was lucky enough to join them for three days, and they showed me the whole process of shark-tagging. You put a little check on the tag if they’re pregnant, etc.”

Amid Nora En Pure’s shark-tagging education came a minor injury, when a crew member accidentally dropped a weight on the producer’s toe, leaving a painful bruise that prompted her to DJ barefoot at DAY.MVS. “There’s this big mess of weight on the bottom and someone let it go on my foot, so right now, in any kind of shoe I have such pain. So these days I’m barefoot,” she told Dancing Astronaut.

By the time Nora En Pure is slated to return to the states in September for North Coast Music Festival in Illinois, she’ll likely be sporting shoes again, using the tread to take her from Illinois to Day To Night Festival in San Francisco, and a headlining show at Echostage in the nation’s capital, among other sites. As far as new music goes, the deep house connoisseur let Dancing Astronaut in on the pending release of the dual-track Tantrum EP, scheduled to drop in September:

“I played two tracks that will be out in a month, five weeks, something like that. It’s an EP; one cut is called Tantrum, which is the title track. So it’s Tantrum EP. The B-side is ‘Life On Hold,’ so a little more emotional with some little vocal samples.”

Stream Nora En Pure’s most recent single, “Won’t Leave Your Side” featuring Liz Cass below, and buy tickets to her forthcoming shows here.