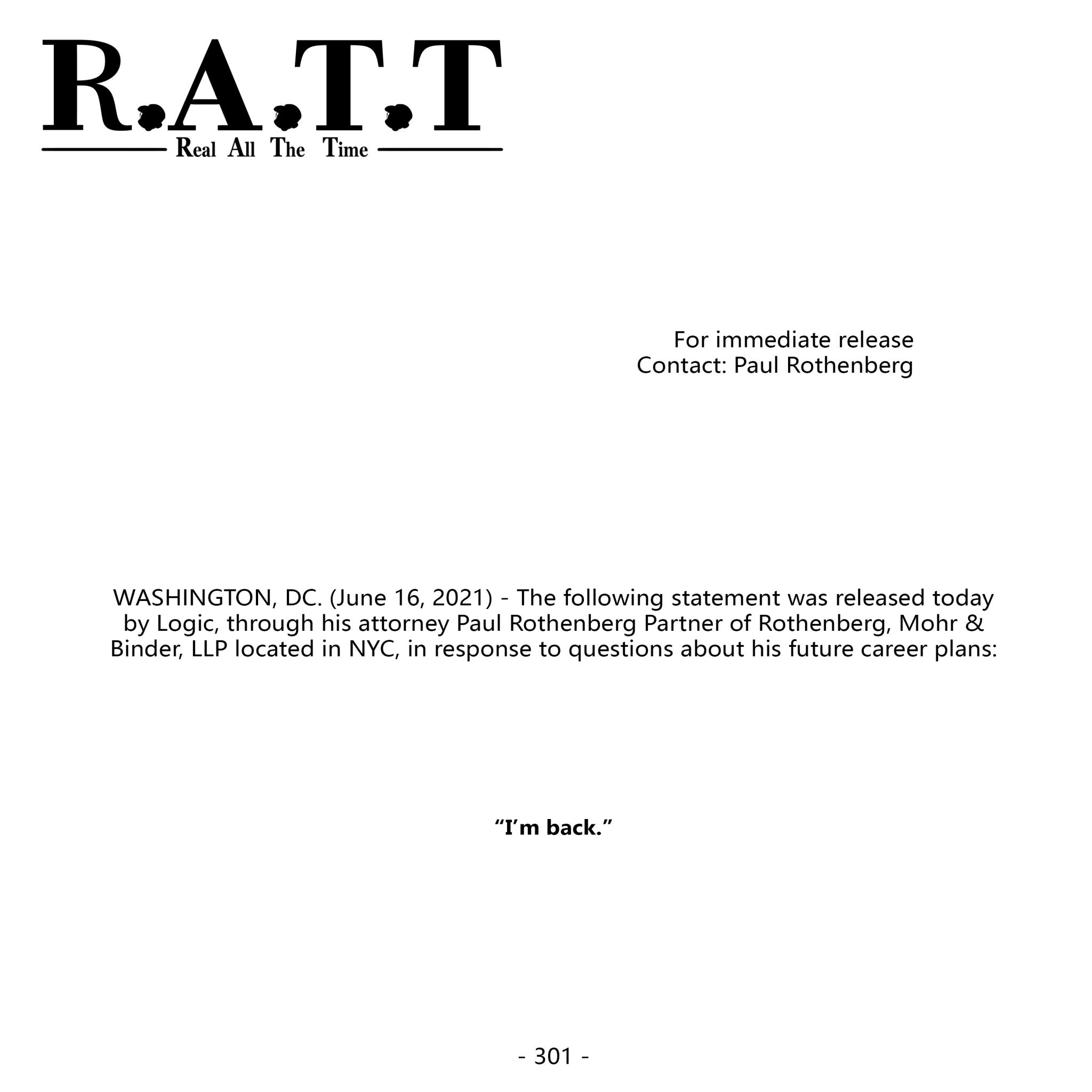 And right on time, another rapper’s “retirement” from the game is again short-lived.

Although he announced his “retirement” from rap in 2020, that never really lasted for Logic. While he does have a burgeoning career in streaming, as of late he has been revealing collaborative tracks with producer Madlib (as MadGic): “Mafia Music,” “Raddest Dad,” and “Mars Only Pt. 3.” So, it’s no surprise that he revealed the following press release:

Logic has followed that announcement with the single “Intro,” presumably the opening track from the rapper’s forthcoming seventh album and follow-up to 2020’s No Pressure. That track can be heard below.