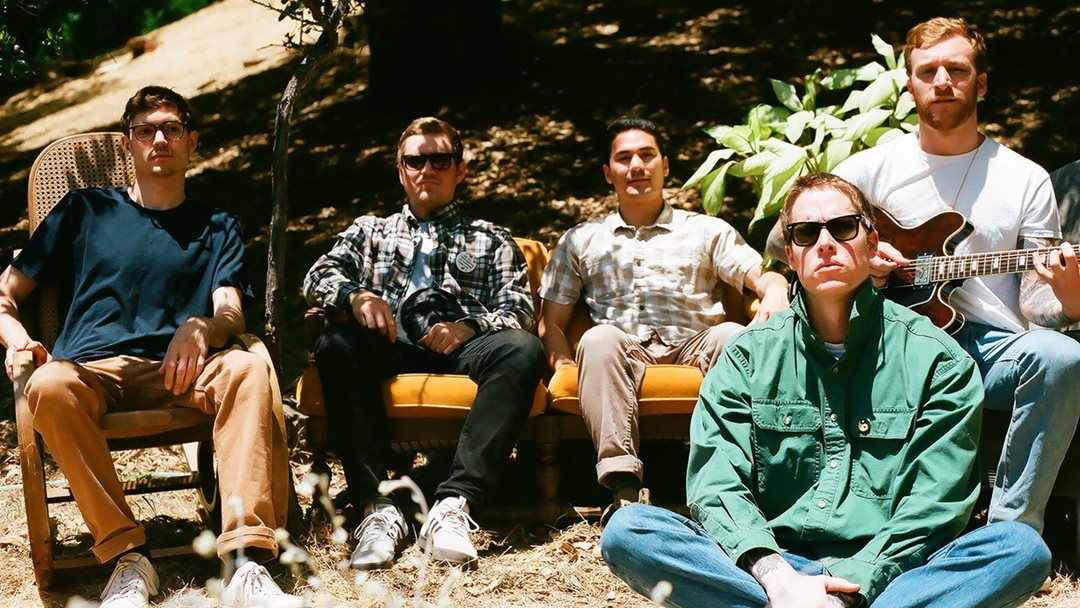 In 2007, The Story So Far, then a small band from Walnut Creek, California, began to re-define the pop-punk genre and bring it out of its stagnation in the post Fall Out Boy / Starting Line era. They kicked and screamed their way to the top of the charts over the course of their first few records, and brought a huge fan base along with them. Their hardcore influences matched with their “California cool” helped build their reputation of being one of the best bands of the 2010s, and their antics and “showmanship” earned them a cult status as well as a sour impression in the minds of many music fans. Now with their most well known, first, (and arguably best) full length record , Under Soil and Dirt, turning 10 years old. It is a perfect time to look back on the band’s history and how they got this far.

In 2007, with a name inspired by a New Found Glory song, The Story So Far split their time between college and playing, but this quickly began to develop into something more professional. By March 2010, they were signed to Pure Noise Records, and released their EP, While You Were Sleeping, which didn’t quite have the fully polished sound that we now associate with The Story So Far, but definitely broke them to a much wider audience than ever before. This put them in a great position for the follow up debut full length record, which they released the next year.

Under Soil and Dirt, upon it’s release in 2011, pushed the band into much wider pop-punk circulation, and with this platform, the band delivered some of the biggest hits of their career. The success of hits like “Quicksand” re-invigorate the pop punk scene of that time, and pushed TSSF’s fast-paced easy-core “sad boy” style into the ring as formidable contenders for the ‘biggest band in the scene’.

However, that’s not to say that these songs were perfect. TSSF were definitely part of the problem of misogynic lyrics that were so common in the music scene of that era, including some especially gross lines on their hit song “Daughters” about college girls. “And to think that you’re somebody’s daughter / Away at college not getting smarter / Everything changes when all the lights in the room are as low as you / But don’t trip. You’ll sober up soon / Regain an honest perspective as you puke on the floor. / Can’t remember why your knees are so cut up and sore.” There’s no denying it, TSSF had launched their careers on the back of misogyny. At the time, awareness of these issues was rare, and falling into this trap of woman-hating lyrics was an easy and a surefire way to get attention in the scene. Still, the band should not be fully absolved for their missteps.

Moving forward, TSSF released the sophomore LP in 2013, What You Don’t See. This second album would continue to build upon the foundation that they created, still aggressive and unapologetic. This record is another pure pop-punk album that remains enjoyed if not as much as the previous LP, which remained the fan-favorite.

Ensuring they would stay relevant in between full lengths, TSSF quickly followed up the LP with a single, Stick to Your Guns that featured the new track “Clairvoyant” and the Pinback’s cover of “Loro.” Surprisingly “Clairvoyant” remains the band’s most-streamed song on Spotify, despite never appearing on an LP. This just goes to show that it is the band’s softer side won the fans over, and the decadent sadness of that sound, that was the lifeblood of the scene at the time, and continues to be in large part to this day.

From there, the only direction was up. Alt Press featured them on the cover of the 100 Bands You Need to Know issue, and in June 2014, the band would be playing Warped Tour, the full tour, on the main stage. TSSF took quite the leap from unknown punks to one of the most beloved bands in the scene. Armored with tenacity and unbridled aggression, they took to the stages and streets, peddling their music and ruling over the streaming age. Their combination of nostalgic intimacy and the new aesthetic put them in a peerless spot, where they were creating the trends.
After their Warped Tour stint, they released two teaser videos for their self titled album, leading to the record’s release in full a few days early on their website, again, keeping the streaming age in the palm of their hands.

Their latest record, Proper Dose, released in 2018, shows them them at their most matured and accomplished. After a few years of turmoil, they managed to find their way back and build from the crumbling lyrical kingdom which had largely hinged on substance abuse and misogyny to that point. While this record took the 19th spot on the Billboard 200 upon its release, it fell off the following week, but among the fans, it was a symbol of change, and a sign of their potential to do more.

Throughout all of these records, the band have maintained a tight touring schedule and have been on the road pretty much nonstop. This feat alone is pretty impressive. In addition to touring and releasing material, they put Pure Noise Records on the map as the source for all pop-punk, hardcore, and alternative bands to sign too, building their catalog and crowning themselves as one of the premier independent labels.

With all of that said, there have also been some personal and moral issues with the band, that have left some fans wondering if they can support the project. The Story So Far are an aggressive band, but that seems to have spilled over into their interactions with other people as well in an inappropriate way for Parker Cannon, in particular. In 2014 when TSSF was on the Warped Tour, Cannon beat up a security guard after pushing a fan down for crowd-surfing. The crowd was mostly impressed and believed in the band for standing up for the fan, however this was just the start of some violent behaviors. In 2016, TSSF was banned from Toronto’s Mod Club after Cannon kicked a female fan who had climbed onto the stage in the back, literally kicking her off the stage. As one might anticipate, that drew a lot of attention and sparked a debate among fans if that behavior was appropriate, with some fans even making merch with their stances on the issue including a shirt that featured the lyrics from the song “High Regard,” “Fuck an Apology, I’m Not Sorry for Anything.”

After all of this, many fans of the band were even wondering how Parker and the band would respond with the release of Proper Dose. The band was able to alleviate most of those tensions with their improved lyrical content and behavior. Cannon’s lyricism was the most transparent it had ever been, and there was absolute honesty that secured the album in their personal history. While it was less of a commercial acceptance, the fans took this record as perhaps an apology from the band and the love letter to all of us that things were getting better.

After almost a decade of releases and reviving pop punk from its near demise, The Story So Far proved themselves to be one of the most prolific bands to grace the scene. For so many of us, we grew up with them and watched them transform from the angsty kids with a break-neck work ethic to gentlemen who have matured and have allowed us to have access to them. The Story So Far’s history is intricate and dynamic, and for the longtime fans, it has been such a pleasure and honor to watch them grow before our eyes. I hope that this growth, personally and musically continues into their future.