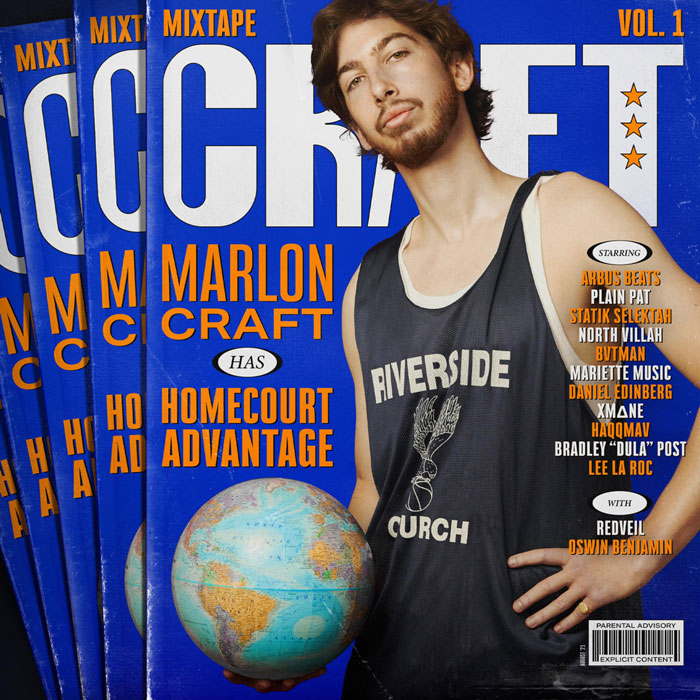 After kicking down the doors with his debut album (Funhouse Mirror) in 2019, Marlon Craft returned earlier this year with his Sophomore album, How We Intended. And now, the Hell’s Kitchen emcee is back once again with a new mixtape called Homecourt Advantage, Vol. 1.

“I gotta be my own hype man since I’m king low budget, so it’s up to me to say… I dare you to listen to this front to back and tell me on some rappin’ sh*t I’m not one of the best doing it,” he proclaimed on Instagram. “Got back to the raw joy with this project.”

Equipped with 12 tracks, Craft handles the majority of the rapping himself (only passing the mic to Oswin Benjamin and redveil for a pair of verses) over beats by Statik Selektah, Plain Pat, Daniel Edinberg, North Villah, and a few others.

Press play and add Homecourt Advantage, Vol. 1 wherever you get music.

Marlon Craft Has the ‘Homecourt Advantage’ On New Mixtape was last modified: September 23rd, 2021 by Shake