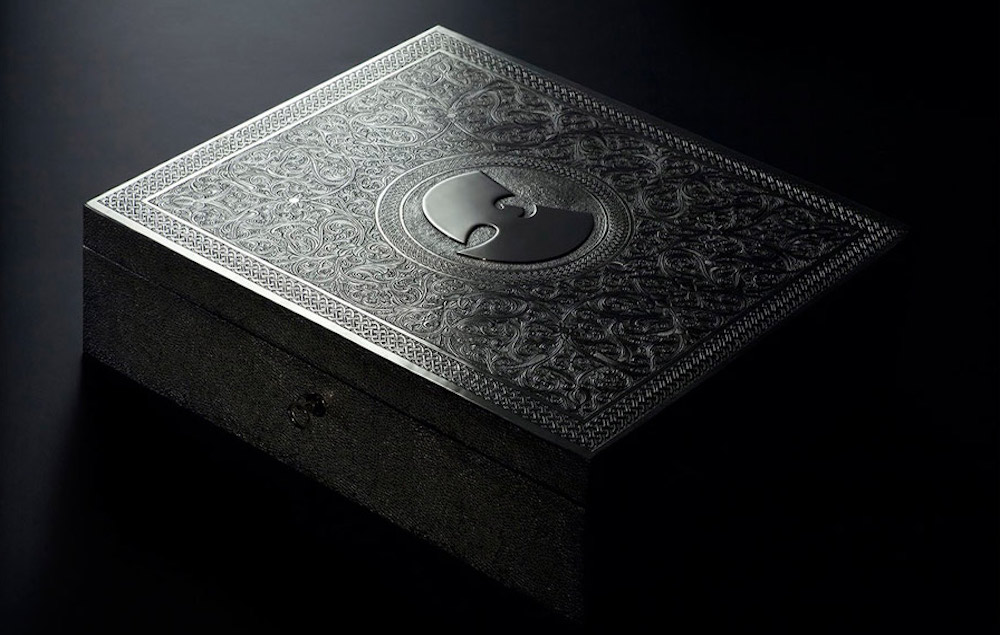 The US government have found a new owner for the only known copy of Wu-Tang Clan’s 2015 album ‘Once Upon A Time In Shaolin’, after seizing it from controversial ‘pharma bro’ Martin Shkreli upon his incarceration in 2018.

According to a press release issued by the US Attorney’s Office for the Eastern District of New York, the album has been sold to an undisclosed buyer for an undisclosed price. The sale’s contract reportedly “contains a confidentiality provision that protects information relating to the buyer and price.”

Proceeds are being used to settle Shkreli’s $7.4million debt with the US government. Per documents released by the court, the album’s sale fully quashes that debt.

“Through the diligent and persistent efforts of this Office and its law enforcement partners, Shkreli has been held accountable and paid the price for lying and stealing from investors to enrich himself,” Jacquelyn M. Kasulis, Acting United States Attorney for the Eastern District of New York, said in a statement. “With today’s sale of this one-of-a-kind album, his payment of the forfeiture is now complete.”

However, 2017 saw Shkreli charged with two counts of securities fraud and one count of conspiring to commit securities fraud, and was eventually sentenced to seven years in federal prison and up to £5.33million ($7.4million) in fines. As part of his sentencing, Shkreli was ordered to forfeit his copy of the Wu-Tang album.

‘Once Upon A Time In Shaolin’ was a controversial record even without Shkreli in the picture. In 2018, it was reported Wu-Tang Clan were being sued for $1million by the photographer behind its cover art. The photographer, Warren Patterson, claimed he spent 80 hours between 2013 and 2014 shooting photos of the silver case with the Wu-Tang logo on it.

The album, said to feature collaborations with the likes of Cher, was stored in a vault in Morocco until its sale – much to the dismay of Wu-Tang member Method Man, who was not made aware of the group’s release plans in advance.

“I’m tired of this shit and I know everybody else is tired of it, too,” he told XXL. “Fuck that album, if that’s what they are doing…Give it to the people, if they want to hear the shit, let them have it. Give it away free. I don’t give a fuck; that ain’t making nobody rich or poor. Give the fucking music out. Stop playing with the public, man.”

Shortly after Shkreli’s incarceration, RZA said he had attempted to reclaim the CD copy. “I’ve actually tried to get it back, but the paperwork and the contract stops me from getting it back,” he told Rolling Stone in March of 2018. “When [Shkreli] put it on eBay, the first thing I did was call my lawyer, and I was like, ‘Yo, let’s go.’ And they said, ‘Alright, check your contract.’ And it’s no, you can’t do it. Ain’t that a bitch?”

Though ‘Once Upon A Time In Shaolin’ was never released to the public, Shkreli did play clips of it during a livestream in 2017, during which he discussed the intricacies of his fraud conviction. One of the stipulations Shkreli was bound to when he purchased the album was that he couldn’t reproduce it for at least 88 years, per copyright law.

After Ghostface Killah publicly branded Shkreli a “shithead” and criticised his decision to raise the price of Daraprim, Shkreli threatened to erase Ghostface’s parts on the album.