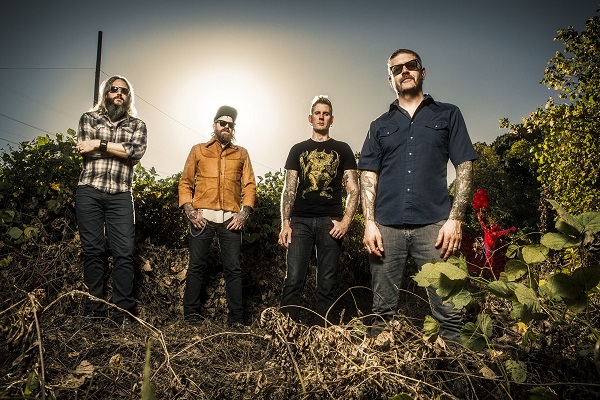 Mastodon are back with their ninth studio album, “Hushed and Grim.” The Atlanta metal mainstays have announced that the new album, which marks their first studio album in four years, will hit stores Oct. 29 via Reprise Records. “Hushed and Grim” also marks Mastodon’s follow-up to their 2017 album “Emperor of Sand,” which earned the group a Grammy Award for “Best Metal Performance.”

In addition to the news of a new Mastodon album, the band has released the debut single off the set, “Pushing the Tides.” With murky riffing and a deep, rich groove, the song fits well alongside Mastodon classics such as “Curl of the Burl” and “The Motherload.” Listen to the new song via YouTube below.

With Mastodon unable to tour the past year due to the global pandemic, the band took the downtime to enter the studio with producer David Bottrill in their hometown and craft “Hushed and Grim.” The album features 15 tracks that prove Mastodon is more than just a straight-ahead metal band, with psychedelia, progressive, punk, metal, rock and alternative. A press release states that the album pays homage to the band’s late manager Nick John, who passed away in 2018 after fighting pancreatic cancer.

“For as much as Hushed and Grim is steeped in one of the darkest periods of the band’s career, its light shines through in a fully realized manifestation of not only everything Mastodon was, but everything Mastodon can be—and more,” a press release reads.

View the full track list for Mastodon’s “Hushed and Grim” album below. For more on the set and to pre-save the album, go here.

In other news, in July, Mastodon recently performed first-ever acoustic concert at the Georgia Aquarium as a global livestream event. The band also released a rarities collection, called “Medium Rarities,” in fall 2020.