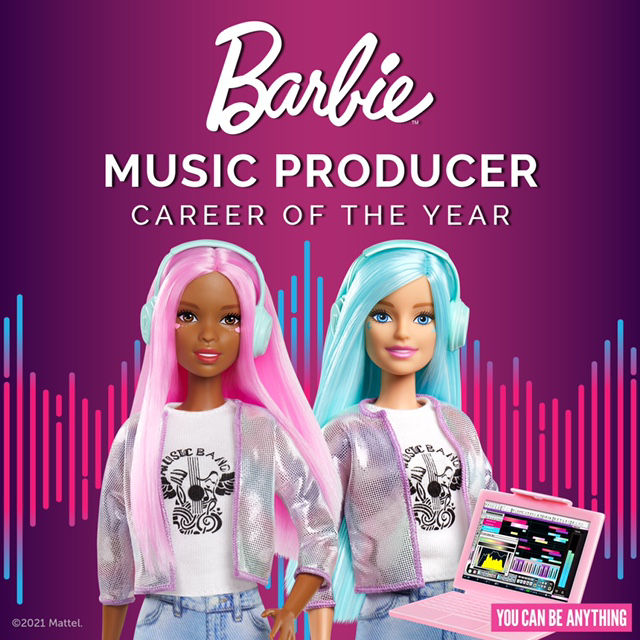 No matter one’s race, ethic background, sexual orientation, or the other factors that make us…well…us, study data have shown that not seeing oneself represented in pop culture can negatively affect one’s sense of self and have other deleterious effects on mental health. Following the rollout of its Barbie Dream Gap project in 2018, Mattel, Inc., has put its iconic Barbie doll in many different professional shoes in a bid at female youth empowerment developed to show young girls that, just like Barbie, they too can be whatever they want to be—even in industries marked by a lack of female representation.

To date, the initiative, which is based on evidence that shows that around the age of five, young girls begin to doubt their intelligence—a phenomenon called the “dream gap” that is notably not seen in boys of the same age—has led Mattel to give Barbie more than 200 careers. Buoyed by the tagline “you can be anything,” these professions have yielded Judge Barbie, in a nod to just 33% of United States judges identifying as women, Pilot Barbie, and Engineer Barbie, among others. Newly among them is Music Producer Barbie.

“As part of our ongoing Dream Gap Project, Barbie is dedicated to leveling the playing field for girls in careers where women are underrepresented, like music producer,” said Lisa McKnight, SVP and global head of Barbie & Dolls, Mattel. “By exposing girls to inspiring women excelling in this role, like Ester Dean, and by highlighting the music producer career with dolls, Barbie is reminding girls of their limitless potential. Our partnership with Girls Make Beats takes our efforts one step further, championing female voices from the studio to the stage and giving girls the tools to help them pursue a future as a music producer.”

Music Producer Barbie was born out of Mattel’s collaboration with Grammy-nominated producer/singer-songwriter/actress Ester Dean and Girls Make Beats, an organization dedicated to expanding the female presence of music producers, DJs, and audio engineers. Through their joint work, Mattel, Dean, and Girls Make Beats hope to not only highlight the sobering reality that women make up less than 3% of music producers, but also inspire young girls to consider a career in music production, should it be of interest. The dolls come clad in graphic tees, jeans, and irridescent jackets, flanked by all the essential accoutrements, sound mixing board, computer, headphones, and all. Importantly, the new line of dolls also depicts music producers of different races.

Mattel is working in partnership with Girls Make Beats to fund scholarships “to give more girls access to pursue their future dream,” according to a company press release. The Barbie manufacturer, Dean, and Girls Make Beats will also host a live webinar centered on engaging and empowering future female music producers; it is open to girls aged 5 to 17 years.