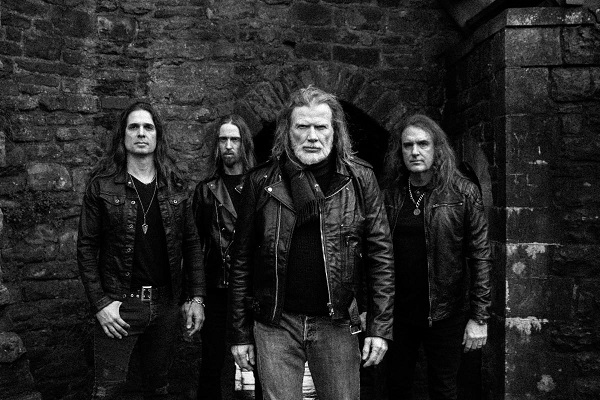 Megadeth have selected their new bassist for the upcoming Metal Tour of the Year, and they’re keeping it in the thrash family

After weeks of speculation, Megadeth have announced the replacement for bass player David Ellefson. The thrash band is keeping things in the family as former Megadeth bass player James LoMenzo will take over bass duties for the upcoming tour, which which also features Lamb of God, Trivium and Hatebreed.

LoMenzo handled bass duties in Megadeth from 2006 to 2010 and appeared on 2007’s “United Abominations” and 2009’s “Endgame.” He has also performed with White Lion and Black Label Society.

“I’m happy to announce that former bassist and Megadeth alumni James LoMenzo has graciously stepped in on the Metal Tour of The Year,” frontman Dave Mustaine said in a statement. “Tour rehearsals just began, and we cannot wait to start crushing North America.”

“I’m super stoked to be rejoining Megadeth for the upcoming Metal Tour of the Year,” LoMenzo added. “There are no better fans than Megadeth fans, I can’t wait to get out there and shred some Megadeth music with you all.”

Mustaine and company haven’t clarified whether Lomenzo will play bass on Megadeth’s upcoming album. The new set, titled “The Sick, the Dying and the Dead,” is currently in its final stages.

Ellefson co-founded Megadeth and played bass in the band from 1983 to 2002. He rejoined Megadeth in 2010 and stayed with the group through 2021. His last album with the band is 2016’s Grammy Award-winning “Dystopia.”

Ellefson exited the band following some scandal after unauthorized clips from a private video chat that Ellefson had with a woman surfaced, which depicted the musician engaging in some sexual behavior.

“While we do not know every detail of what occurred, with an already strained relationship, what has already been revealed now is enough to make working together impossible moving forward,” Megadeth’s statement read, in part, after dismissing Ellefson from the group.

There were plenty of rumors surrounding who would step in for Ellefson. Early on, some fans speculated that Jason Newsted, formerly of Metallica, would step in. When that possibility was shot down, Testament’s Steve Di Giorgio and Angra’s Felipe Andreoli became potential players.