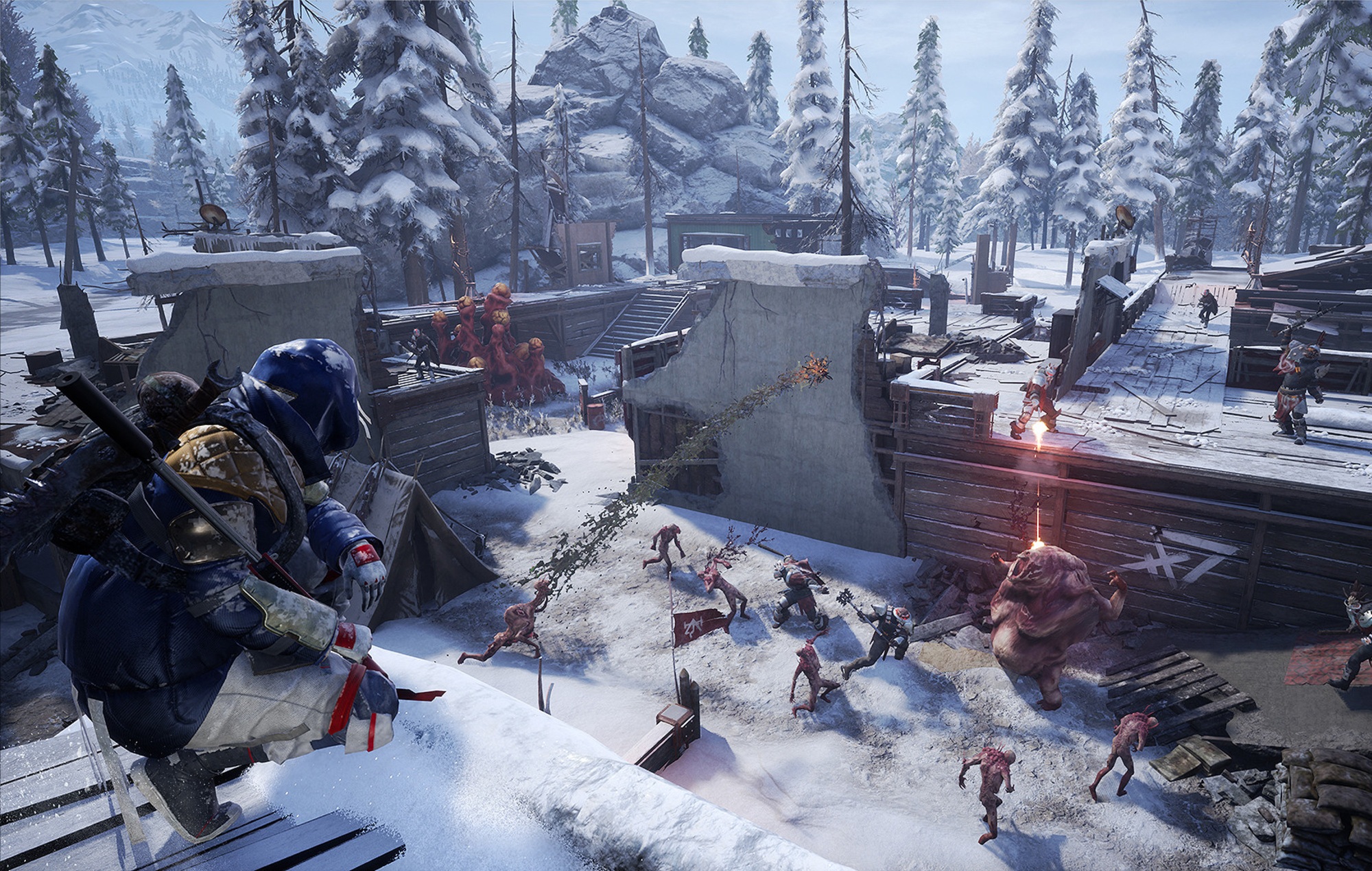 In an interview with NME, Midwinter Entertainment CEO Josh Holmes revealed he wants to see the pet bear Jellybean make a return to Scavengers in the future.

“One of the earliest prototype abilities that I worked on was the ability for a character to summon a pet bear named Jellybean,who would then follow and fight alongside you on your behalf,” said Holmes, saying Jellybean was one of his favourite bits of Scavengers that didn’t make it to the early access launch.

“It proved to be very challenging to balance and maintain across the entirety of our playspace,” adds Holmes, explaining why the bear didn’t make it until launch.

However, Jellybean became somewhat emblematic of the game and appeared in some of the game’s early marketing. In fact, one of the first editions in Scavengers’ Questions of the Week segment asked, simply, “Where’s Jellybean?” prompting a response from producer Audrey Mladina:

“For those new to Scavengers, very early on in development, we had a character concept drawn out. This character had the ability to summon a bear named Jellybean to battle, by throwing down a piece of meat (tasty!). Jellybean would then turn up and help out.”

To answer the question though, Jellybean perished in a battle, long ago (heartbreak!). However, they may be resurrected in the future to fight alongside Explorers once more…”

Still, the concept has stuck with Holmes. “Jellybean is something I’d love to see make a return in some form,” he said, although quickly adding that it might not mean anything is coming to Scavengers soon.

In other news, top-down cyberpunk game Glitchpunk will enter early access next month, which will explore “themes like transhumanism, xenophobia and religion” as players control an android that has rejected its programming.