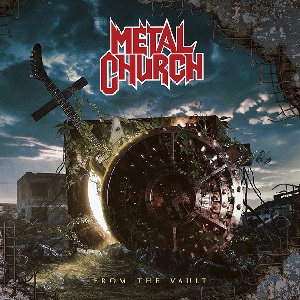 Longstanding Metal Church lead singer Mike Howe has passed away at the age of 55. No cause of death has been revealed yet, but the band has confirmed the news via social media.

“It is with our deepest regrets that we must announce the passing of our brother, our friend and true legend of heavy metal music. Mike Howe passed away this morning at his home in Eureka, California,” the band said in a collective statement. “We are devastated and at a loss for words. Please respect our privacy and the Howe family’s privacy during this most difficult time.”

Howe was born in Taylor, Michigan, and started his professional music career as the vocalist for a Detroit group named Hellion, later changing its name to Snair after relocating to Los Angeles. Howe then joined Heretic in 1986 but left the band to be in Metal Church.

Metal Church’s most recent release is their first compilation album, “From the Vault,” which arrived in April 2020. The release featured four new studio tracks, five B-side songs from the “Damned If You Do” era, some cover songs and other never-before-released tracks. Earlier this month, Metal Church posted on social media that the band will release their 13th studio album in 2022.

Howe is the second lead vocalist of Metal Church to have passed away. Frontman David Wayne died in May 2005.