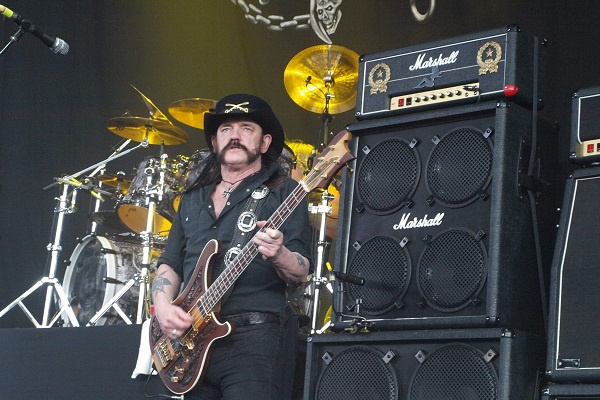 Motorhead are getting their own officially authorized graphic novel, which will highlight band leader Lemmy Kilmister

Lemmy Kilmister and the Motorhead crew are getting immortalized with an officially authorized graphic novel. The book, titled “Motorhead: The Rise of the Loudest Band in the World,” hits stores Sept. 7 via Simon & Schuster.

The 144-page novel delves into the history of the heavy metal band and its legendary frontman, Kilmister. Animation studio Fantoons illustrated the novel, and David Calcano and Mark Irwin contributed the text.

The story focuses around Kilmister, taking readers through his childhood at a riding school in the English countryside all the way to the creative process behind writing and recording the band’s most popular album, “Ace of Spades.”

In other news, Motorhead isn’t the only band getting in on the graphic novel game, as a bevy of rock and metal acts have taken to the trend. Alter Bridge are teaming up with Z2 Comics for their first-ever graphic novel, “Alter Bridge: Tour of Horrors,” which tells the creepy tale of a roadie gone bad. As for metal bands, Anthrax and King Diamond both have graphic novels coming via Z2 Comics later this year.

Motorhead has an additional release out, to boot. The band just released a 40th anniversary expanded reissue of their “No Sleep ‘Till Hammersmith” live album, featuring some never-before-seen footage of Kilmister and the crew performing some of their biggest hits.

Pre-orders for the “Motorhead: The Rise of the Loudest Band in the World” graphic novel are available now. For information on the release and other upcoming Motorhead goodies, visit Motorhead’s official website.