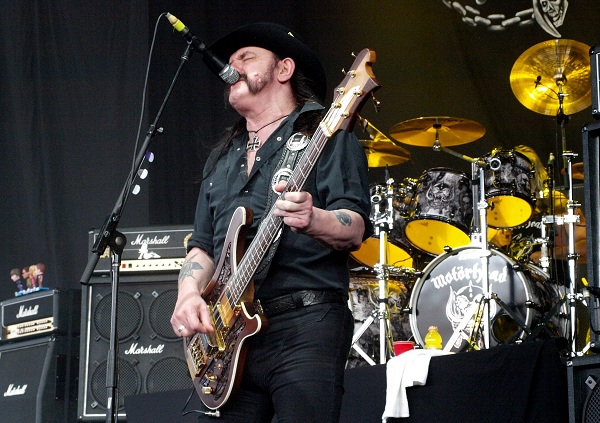 Motorhead have a new best-of compilation on the way, called “Everything Louder Forever,” scheduled to hit stores right before Halloween. The comprehensive collection, out Oct. 29, is being billed as the definitive collection of Motorhead’s loudest ever songs, featuring a whopping 42 tracks featured on a four-LP and two-CD set.

“This collection is the definitive assembly of Motorhead songs which have created this cultural phenomenon, and represents the first time all eras of the band’s recorded history have been represented in one place,” a press release states.

“Nothing was harder, nothing was faster, nothing packed more raw attitude and certainly nothing was louder, making Motorhead a cultural elixir that was regularly imbibed across all genre lines,” the release continues, adding that, “Motorhead’s cultural reach remains virtually peerless to this very day, the one you’re living right now as you read this, and it continues to span fans young and old, igniting their adrenaline and giving them both entertainment and identity.”

In addition to the news on “Everything Louder Forever,” Motorhead have also released a new video for the song “We Are Motorhead.” Watch the high-octane clip below.

Motorhead were together for more than 40 years and released 22 studio albums together. Longtime frontman Lemmy Kilmister passed away in December 2015.

In other news, Motorhead is slated to released their first authorized graphic novel, “Motorhead: The Rise of the Loudest Band in the World,” Tuesday (Sept. 7) via Simon & Schuster. The 144-page book looks at the history of the heavy metal band and Kilmister, beginning with his childhood at a riding school in the English countryside to the creative process behind writing and recording the band’s seminal record, “Ace of Spades.”