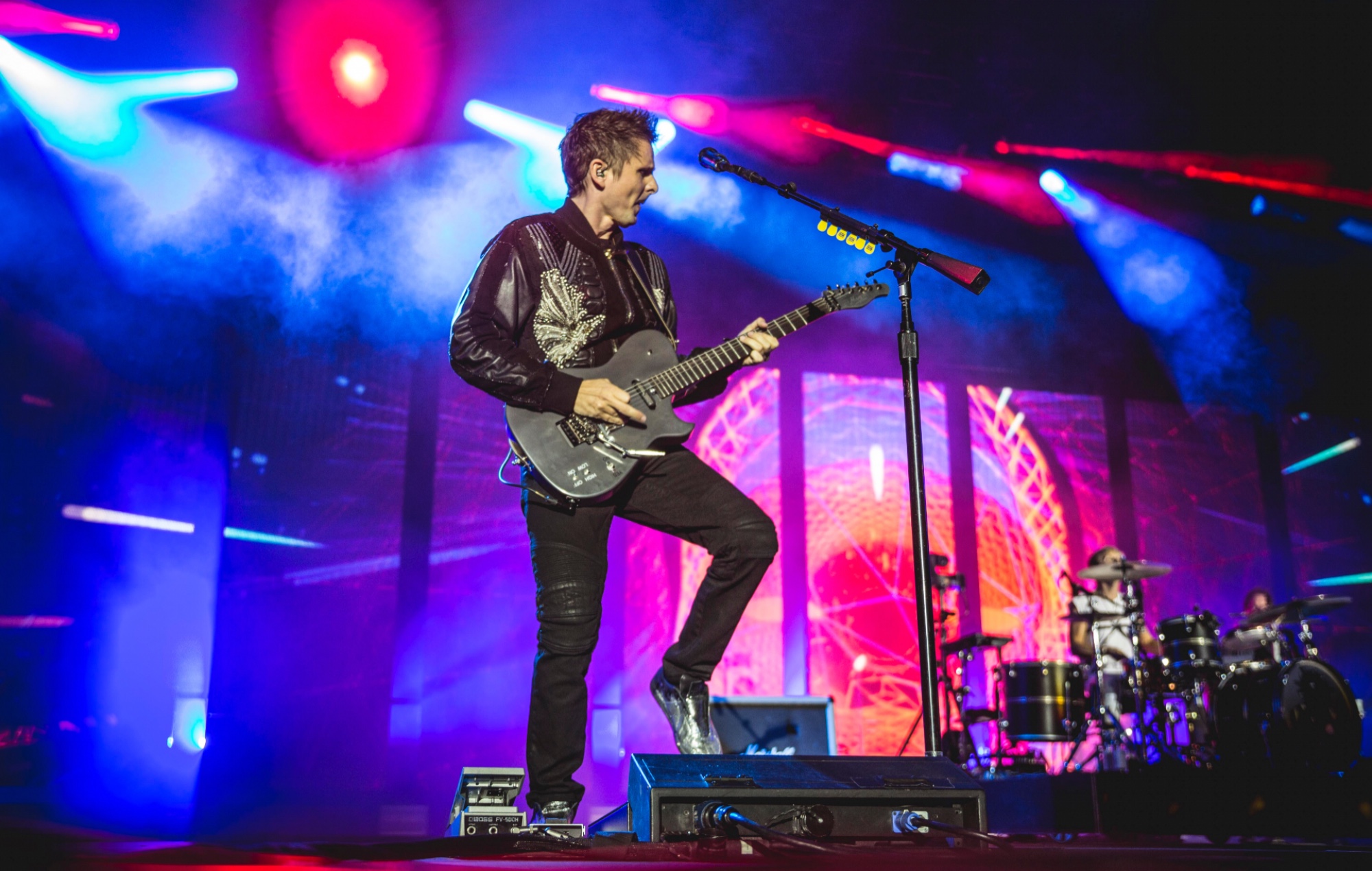 The experience, created in collaboration with new platform and app Stageverse, will allow fans to view the ‘interactive stadium experience’, based on a show in Madrid from Muse’s tour for their ‘Simulation Theory’ album in 2019.

The VR gig will take place at Stageverse’s virtual venue Stageverse Stadium, and be viewable from tomorrow (September 21).

As part of the show, fans can virtually attend the concert with their friends and take 3D avatar form.

“’Simulation Theory’ has always been about creating  experiences that redefine the
human role in programming and technology,” Muse frontman Matt Bellamy said of the project.

“We can’t wait for our fans to be able to truly immerse themselves in our ‘Simulation Theory’ world and take full advantage of everything that the Stageverse experience will offer.”

Watch the trailer for the show here.

Stageverse Co-Founder and CEO Tim Ricker added: “We’re focused on creating a place where your digital identity and culture can live and thrive, and that starts with a high fidelity, premium, and accessible experience.

“As a result, we are attracting forward-thinking partners such as Muse, Balmain, and Shantell Martin, who are looking to provide an elevated metaverse experience to their communities. By rolling out our NFT economy and marketplace next, we will unlock community capitalism to the fullest extent. When a customer becomes a participant through ownership of their digital identity and goods, they are motivated to invest and create value for themselves and in turn the entire community.”

“Actually, though, it’s wrong to compare this record to the band’s back catalogue. Yes, this is still Muse, but here they’re trying to be something else – well, everything else. They are avatars in a ridiculous simulation of teenage nerdery, inviting you to steal away from the nightmare, and into an electric dream.”

Earlier this year, the band released a 20th anniversary remix of their seminal 2001 album ‘Origin Of Symmetry’.