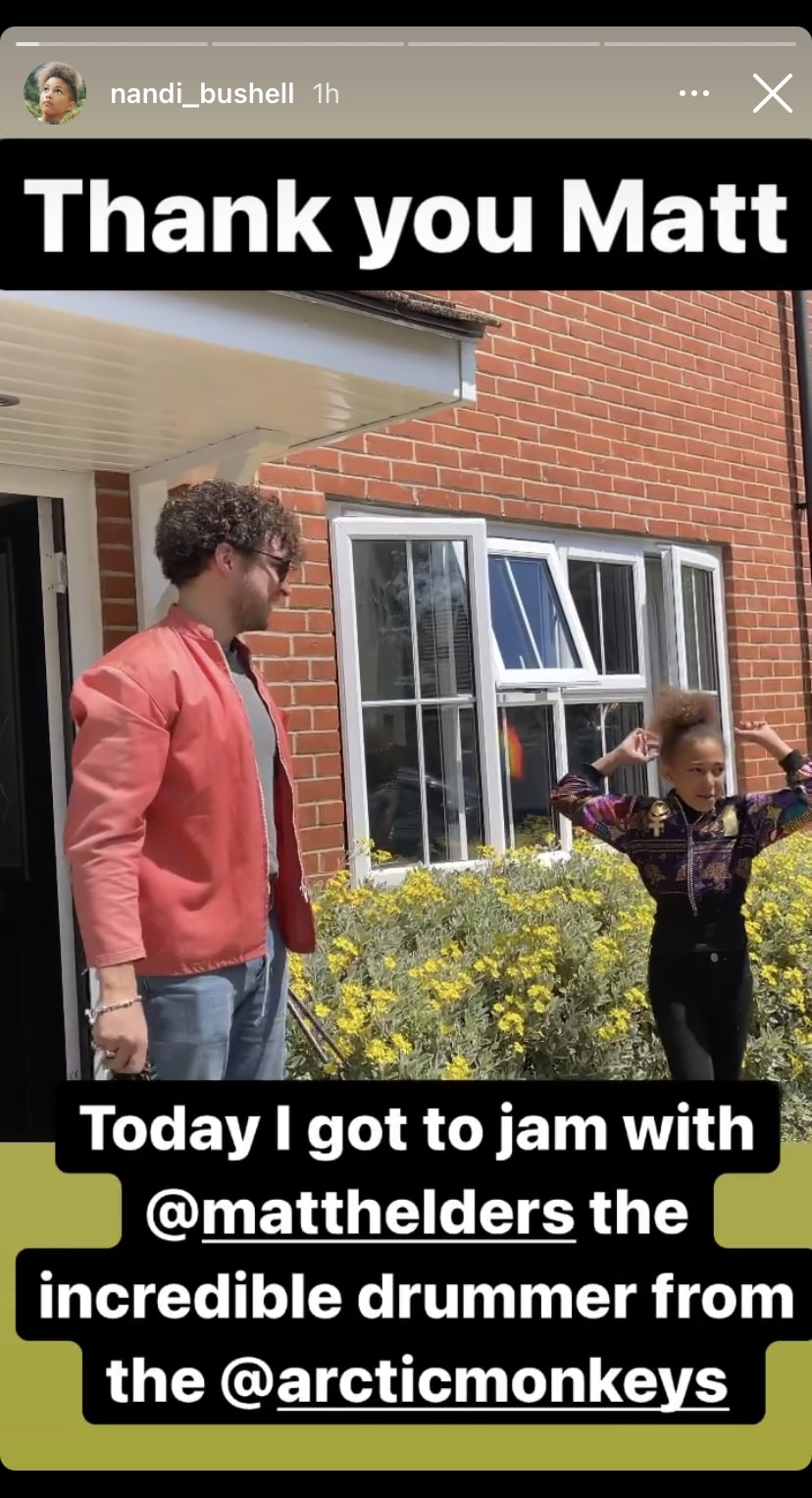 Nandi Bushell and Arctic Monkeys drummer Matt Helders have recorded a “jam” together, the young musician has revealed.

The 11-year-old drummer became a viral sensation after posting a video of her covering Nirvana’s ‘In Bloom’ in November 2019.

Since then, she has engaged in a drum battle with Dave Grohl and received praise from Rage Against The Machine’s Tom Morello, Queens Of The Stone Age, Royal Blood and more.

Now, Helders has paid Bushell a visit at her home to record what the child star has described as a “jam” together. Bushell shared a video on her Instagram Story yesterday (June 25) telling her followers about her plans for the next day.

Today, she shared a video of Helders leaving her house. “Thank you for coming, I had so much fun,” she told the Arctic Monkeys drummer, who thanked her for the drumsticks in his hands. “Today was EPIC,” she captioned one of the videos. She also promised: “Interview and Jam with @matthelders coming soon!!!”

Meanwhile, the 11-year-old musician shared a cover of Linkin Park’s ‘Numb’ earlier this month (June 13). She said she had just discovered the nu-metal band that week. “So many great songs!” she added. “So this is #numetal! I like the keyboards and the DJ scratching.

“#chesterbennington had such an incredible voice. He sang with real #power.”

Shortly after she posted the cover, her tweet containing a clip of it was retweeted by Linkin Park’s official Twitter page with the caption: “Wow, this is awesome.”