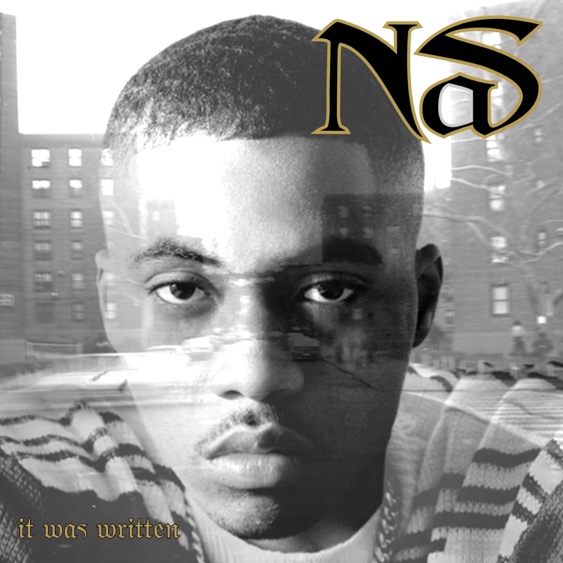 Today (July 2nd) Nas commemorates his breakout (more on that later) sophomore album, It Was Written.

A sonic shift from his heralded, seminal, and influential debut album Illmatic, the Queens legend instead embraced a more mainstream sound — leaning into the then-popular “mafioso rap” aesthetic — for the project. Primarily produced by Trackmasters (with contributions from Dr. Dre, DJ Premier, L.E.S., Havoc, and others), the album is also noted for the debut of Nas’ short-lived group The Firm with Foxy Brown, AZ, and Cormega/Nature. Led by the hit singles “If I Ruled The World (Imagine That)” and “Street Dreams,” It Was Written would go on to sell over 2 million records, eclipsing the years-long trek to Gold status its predecessor did.

An expanded digital edition of It Was Written has been released on its original release date, with the addition of the cassette-only track “Silent Murder” and previously-vaulted “Street Dreams (Bonus Verse).” Reissue specialists Get On Down will also drop collectible physical versions of the album, including a “2LP Silver and Clear Galaxy Effect colored vinyl edition housed in a gatefold jacket” and an “old-school cassette with an original 8 panel J-Card featuring full lyrics housed in a custom slip case.” Get On Down will also offer colored 7″ vinyl single of “The Message” b/w “Street Dreams” (Bonus Verse) housed in a custom picture jacket. Projected to ship in September, pre-orders for them are available here.

Stream It Was Written, below.