As the first fixed sub-unit of K-pop supergroup NCT, the Seoul-based NCT 127 – the numbers referring to the longitude coordinate of the South Korean capital – have managed to carve out a distinct sonic identity for themselves since their debut in 2016.

The nine-member division of NCT have built the foundations of their trademark sound atop elements of booming bass, polarising melodies and experimental production, evident in past title tracks such as 2017’s ‘Cherry Bomb’ and the highly successful ‘Kick It’ in 2020. The group’s extensive back catalogue of songs, dating back to their debut in 2016 with ‘Fire Truck’, have shaped them as one of the most influential trendsetters in the current K-pop sphere.

‘Sticker’, the unit’s long-awaited third full-length album, is a proud showcase of the illustrious sonic colour NCT 127 are known for, and is – for better or worse – most palpable in the record’s title track of the same name. Here, the group cobble together frenzied beats and warped bass over a minimalist layer of EDM to produce the album’s eccentric lead. But what sticks out the most, of all the song’s instrumentals, is a jarring flute melody at the foreground that can be heard throughout.

‘Sticker’ doesn’t feel representative of the group’s true potential in this soundscape of unorthodox elements, of which they have already proven themselves as veterans. The song is disjointed at most times, with large shifts in energy and melody that don’t go anywhere beyond confusing listeners. What manages to salvage ‘Sticker’ is its strong vocal delivery – courtesy of main vocalists Haechan, Doyoung and Taeil – that offers some much needed semblance of groundedness.

Having a lacklustre title track lead the album may feel like a first step toward the wrong direction, but luckily, a large remainder of the record lives up to the group’s reputation. A select few B-sides off this record have adopted the same experimental nature found on ‘Sticker’, yet were far more successful in encapsulating the group’s trademark of hard-hitting pop anthems.

‘Lemonade’ and ‘Far’ are two tracks that fit the bill, and are (more importantly) much more cohesive in their overall execution. They’re both laced with the edginess this sub-unit do best and excel in bringing out the most dynamic aspects of the members’ respective talents in rap and vocals. ‘Lemonade’, in particular, would have been the more obvious choice as the album’s title track, as it seamlessly weaves cool raps with luscious vocals, bringing out a refreshing twist to the usual tenacity of NCT 127: “Taste like lemonade, it’s thrilling everyday / Gulp it down, got me feeling good”.

Meanwhile, ‘Bring The Noize’ does exactly as its name suggests. It’s an intense hip-hop number that throws in an overwhelming amount of aural elements, from a sonorous bass to abrasive engine sounds, that result in an overdrive that many fans would find hard to love. But in spite of all this, ‘Bring The Noize’ at the very least offers a semblance of cohesion and structure that the album’s title track ‘Sticker’ seems to be missing.

Misfires aside, NCT127 have imbued the ‘Sticker’ album with ambitions that go beyond their self-established totem pole and toward uncharted territory. Despite being out of the group’s comfort zone, the house-inspired ‘Breakfast’ is one of ‘Sticker’’s strongest entries, pulsating with punchy electronic beats, which are reflective of the intense emotions framed through its lyrics: “The darkened night / It keeps hiding you away / It tests me again to make me thirsty / Even if I gulp and drink you, it’s not enough for me”.

As the record progresses, NCT 127 find themselves making even bolder leaps into musical vulnerability. The R&B-tinged ‘Focus’ is a sultry slow jam, embellished with hypnotic drums, honeyed falsettos and idyllic beats, that connects in an instant. There’s also ‘The Rainy Night’, a soft and unassuming pop ballad chock full of pensive melancholy (“I’ll carefully keep you with me / Because I can’t let you go / You’re just locked deep inside of me”), and ‘Magic Carpet Ride’, which allows the group to show off their vocal prowess.

The group also left ample space for lively tunes that explore their charms as ever-growing young adults. ‘Dreamer’ is ablaze with childlike optimism, further amplified by heady layers of piano notes and trumpet riffs: “Worry later, later, later / Up in the sky higher, higher, higher, ooh / Forget everything and have fun / I’m your dreamer, dreamer, dreamer”. Even the laid-back ‘Road Trip’ presents its own shade of the group’s boyish charisma, where giddy layers of guitar, drums and pure vocal potency unfurl to reveal a delicate side to the seemingly always-intense boy group.

Capping the album off is ‘Promise You’, an intimate vow from the group to their fanbase (known as NCTzens) built on velvety synths. There is something delightfully energetic that lies in the way this retro-inspired number unwinds to reveal textures of atmospheric rhythms, and when paired with lyrics teeming with affection (“Oh, I promise you, on the day we meet again / I will hug you, and more than saying just a single word”), becoming an intoxicating concoction that almost feels otherworldly.

‘Sticker’ may not have lived up to the glory of past title tracks, however the record as a whole is a bold-faced reaffirmation of the boyband’s talent and hunger for constant evolution. It’s an earnest effort from one of K-pop’s biggest idol group to broaden their scope as musicians and, in spite of the few blunders, NCT 127 have found themselves on the right track. As Taeyong declares in the opening verses of ‘Far’: “I will just keep going and make my own path”. 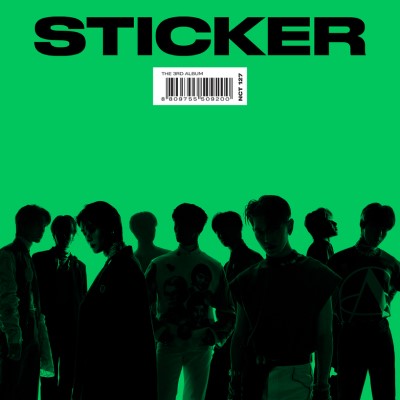