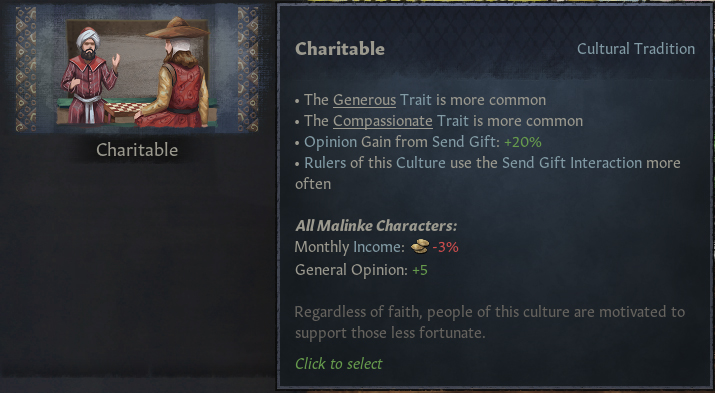 Crusader Kings III is getting a new update to how cultures work in the upcoming ‘Royal Court’ expansion – here’s how it will work.

Paradox Interactive has revealed that the upcoming Crusader Kings III DLC will allow players to form hybrid cultures or split off from your starting culture – a major reworking of how the game’s culture system works.

It will also unite several key mechanics under the culture system.

Cultures will now include five key pillars – two of which are revealed to be ‘ethos’ and ‘cultural traditions’.  Paradox Interactive has revealed these in a series of developer diaries, but reddit user Svarthert from the Crusader Kings subreddit has compiled them together.

Currently, all seven of the new ‘ethos’ options have been revealed, with 17 of the upcoming ‘cultural traditions’ also teased.

Giving players the ability to combine different options will open up player cultures to be more customisable than ever before. And it gives players a huge number of combinations.

The new ‘cultural traditions’ will also include ‘culture unique’ content.

One example of this is the Anglo-Saxon culture’s unique elective succession law. Although this previously had no real grounding, there’s now a cultural tradition that enables this type of election option which will be part of the Saxon’s starting set.

Other cultural traditions may be unique to particular regions or types of heritage, while some will be locked to particular cultures.

As far as how the system will work, cultures can have no more than five traditions to start with, but this can be expanded over time. Cultures also don’t start the game with the full amount, so players who eventually become the cultural head can decide which traditions are adopted by their culture over time.