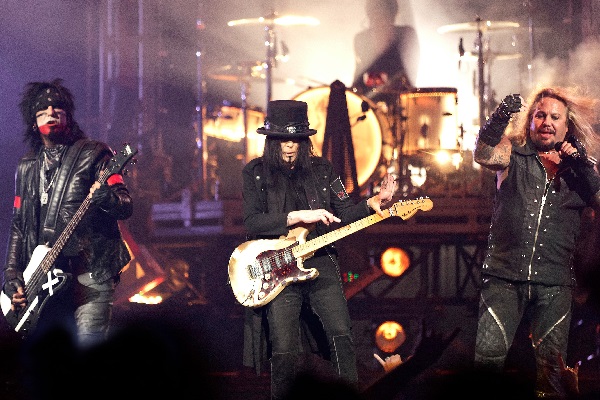 Anyone who has watched Motley Crue’s “The Dirt” biopic knows that the band’s members have struggled with addiction over the years. Now, bass player Nikki Sixx is celebrating that he’s officially 20 years sober.

Sixx recently shared the news on Instagram, stating, “Some people will try an kick you in the nuts, steal your money, stab you in the back, guaranteed to let you down, sabotage yer life, not believe in you and gossip that you’ll never make a day without drugs or alcohol.”

He added that the key to recovery over the long term is to “stay sober one day at a time.” He’ll continue to do that year after year.

“You are the miracle, the one that breaks the addiction chain, the one who is a living amens,” he added. “The one who has altered your family history. You will live in gratitude for those that never thought you’d stay sober or make it out alive BECAUSE THEY MADE YOU STRONGER and you know how to forgive a**holes.”

Sixx wrapped up the note stating, “And when you see people who are still suffering/treading water or gasping for air, be sure to throw them a life vest. Because we give back now to those that are still afflicted and hope they too pass it on.”

Sixx has been open about his lengthy struggle with addiction and drugs. He wrote about his journey extensively in his 2007 book “The Heroin Diaries.” Sixx is currently getting release to release a new book, “The First 21: How I Became Nikki Sixx,” which will detail his life before joining Motley Crue. The book is slated to drop Oct. 19 via Hachette Books.