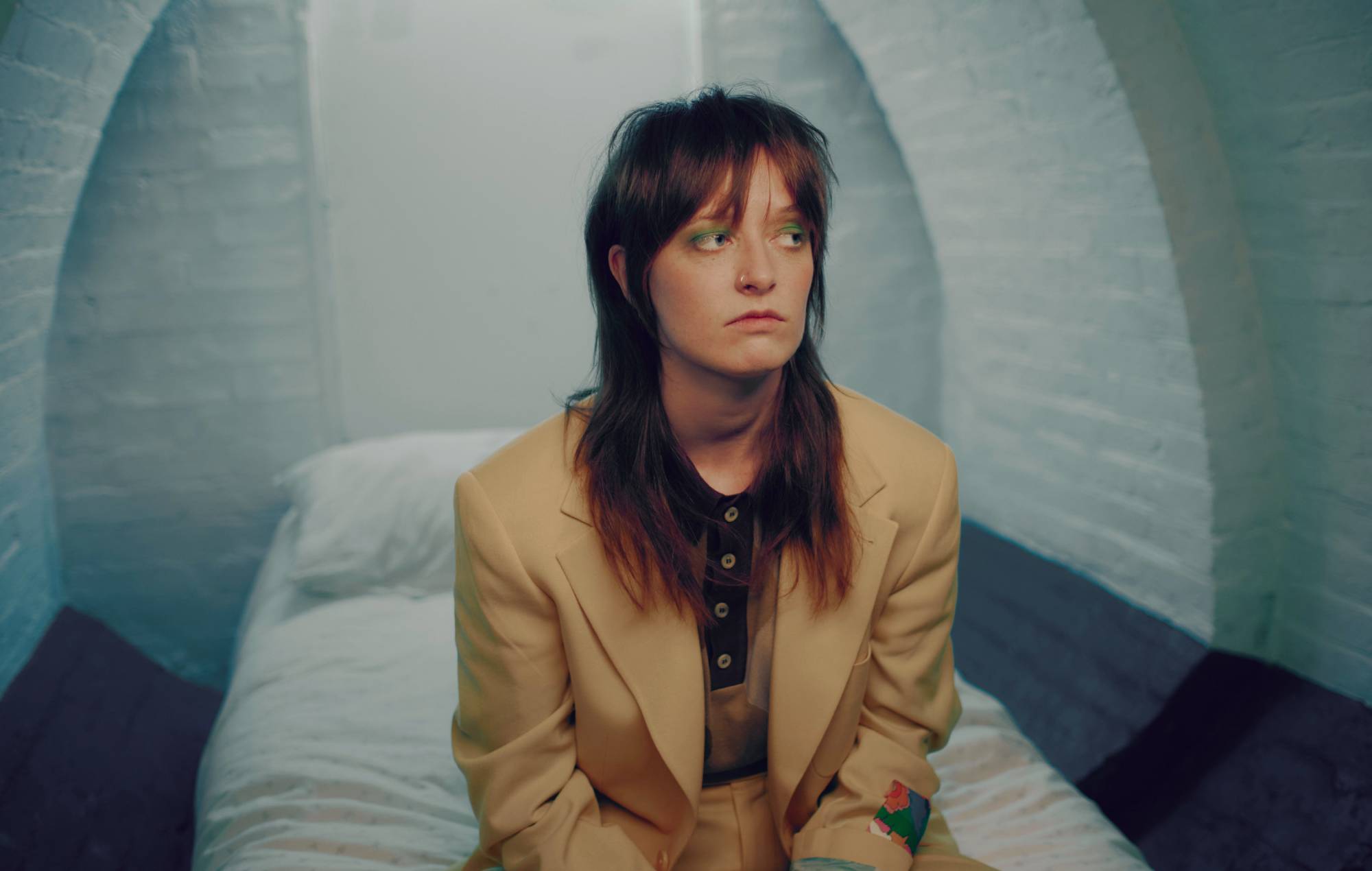 “If I didn’t do music, I’d love to throw my phone into the sea sometimes,” Orla Gartland jokes. Like many of us she’s au fait with the internet, but doesn’t shy away from her love-hate relationship with it all. Since the age of 14, when YouTube was a “show and tell free-for-all”, the Dublin-born, London-based singer/songwriter and producer has documented her musical journey online. From career highs (such as the unboxing of her first ever vinyl release) to endearing covers (including a now-unlisted rendition of the Spider-Man theme tune), Gartland’s digital paper trail has captivated fans over the years.

Dialling into our Zoom call while still beaming from her packed-out Latitude set that took place two days prior, Gartland can’t help but be overwhelmed after seeing how the numbers on the screen transformed into real-life people. “I cried my eyes out afterwards and I’m usually a pretty stoic person,” she says. The gig marked the first time she had played with her live band in over 20 months, and was the first in-person performance of her upcoming debut album ‘Woman On The Internet’, set for release on August 20.

“I’ve been trying to figure out why promoting my album feels so hard sometimes, but I’ve recorded and filmed everything by myself,” she explains of her time spent making videos and recording live sessions and interviews. “The only way you can get energy back is at a show and seeing people in real life. No amount of Spotify plays can replicate that feeling: it’s cool to see, but it’s nothing like how live shows feel.”

That’s almost surprising to hear considering Gartland’s 12-year history of connecting with her fans from behind a screen, but it’s her self-confessed shift in intention that’s been the main driver behind this new outlook. During her mid-teens, when Dublin’s open mic nights were a no-go due to her age, her output was more “pure and unconsidered”. “I do miss the unearned confidence I had back then,” she says of her early YouTube videos, with a smirk. “I’d played guitar for about two weeks when I uploaded my first video, but I thought that the whole world needed to hear my cover of ‘Broken Strings’ by James Morrison and Nelly Furtado. They really didn’t.”

This lifelong confidence is what still gives Gartland an edge. Take her most recent single, ‘You’re Not Special, Babe’. The coming-of-age confessional erupts into an outright shimmering pop party with her quick-witted repetitions: “Everyone cries, everyone lies, everyone hates you” and “Everyone fucks up and breaks up, and then makes up”. But the record is not all heavy-handed pop hits, with the stripped-back ballad ‘Madison’ seeing a return to her acoustic beginnings and echoing Phoebe Bridgers’ delicacy in the vocals, while album closer ‘Bloodline/Difficult Things’ has its trip-hop percussion moments.

Gartland’s focus has shifted towards being a musician that uses YouTube, rather than a YouTuber that makes music. There’s still negativity around content creators making the move into the music mainstream, despite the chart-dominating success of the likes of KSI, Troye Sivan and Dodie. “The stigma that YouTubers aren’t real musicians is definitely becoming a dated concept,” she says.

A quick Google still displays Gartland as the “YouTube girl”. It was the realisation that “everyone comes from somewhere”, though, that spurred her on to prove her worth and shake off any negative preconceptions. “It’s a route that I’ve been in control of, and people can look back and see my growth,” she affirms.

Gartland’s growth isn’t just in terms of her musical ability, as her developing knowledge of art direction has also enabled her to take ownership of her whole creative process. Take the video for preppy banger ‘Zombie’, for instance: Gartland, along with best friend and creative director Greta Isaac, draws together Moonrise Kingdom’s scout honour and Shaun Of The Dead’s spoof escapades in a battle against toxic masculinity and indie-fuckboy stereotypes.

This interest in learning different creative skills is borne out of the frustration that comes with the moment when an idea gets lost in translation. “How could I ever expect people to know what I mean when I’ve told them I want [my music] to sound like the colour purple,” she says, laughing.

But Gartland’s remark feels like no joke when you consider the attention to detail that’s evident across her whole creative output. The intricate choreography of both the beautifully-shot ‘More Like You’ and ‘You’re Not Special, Babe’ are more like full-length features than music video accompaniments. “The album is now an undiluted version of me by default,” she adds. “I’ve been across the writing and production, and have had a heavy hand in the mixing and visuals, so it all has bits of me in it.”

It hasn’t always come easily, though. Through no fault of her own, and like many other women in the music industry, Gartland has previously downplayed her strengths. She still recalls stories of attending studio sessions and feeling like she was there to “take a picture of the back of [the producer’s] head and put it on my Instagram story to say how chuffed I am to be in their studio”, rather than be there to collaborate and improve the demos she had brought along. At this point in our chat, she draws NME’s attention to a list of goals that are pinned to her wall. One reads: “Improve production and mixing (and also have more confidence in my existing skills)”.

Of the decision to release her new record through her own label, New Friends, Gartland says: “I’m unsigned by choice. I flirted with the idea of a bigger team or label knowing that it’d be a lot less risk and admin, but I don’t find any of that instinctive or natural.”

It’s fitting, then, that ‘Woman On The Internet’ is arriving at a time when Gartland is so sure of herself and what she wants to achieve. Now surrounded by a small team that provides nothing but support and a desire to grow together collaboratively, she explains that being around such positivity is “crucial for my sanity”.

“This is such a brutal industry which doesn’t owe any of us anything, and we’re all lucky to be in it,” she says. “I’m just glad that I’ve found my tribe and am sticking with them through it.”