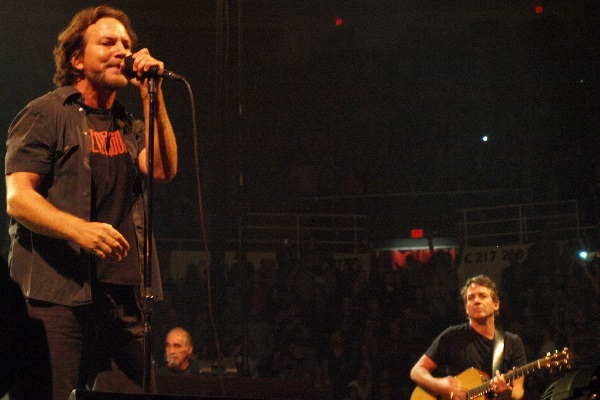 Pearl Jam are coming up on the 25th anniversary of their 1996 album, “No Code,” and in honor, the band is readying a vinyl reissue of the set. What’s extra special is that the upcoming release will mark the first time “No Code” has been out on vinyl since its initial release, plus the first time the record has been mastered just for vinyl.

The reissue will arrive on clear vinyl Aug. 13. Pre-orders are being taken now at Pearl Jam’s web store.

Pearl Jam released “No Code,” their fourth studio album, during the group’s famed legal battle with Ticketmaster, so they weren’t able to do a traditional tour in support of the set. Even without the foot traffic, the album was well-received by fans and received a platinum certification by the RIAA in the United States.

Pearl Jam guitarist Stone Gossard recently caught up with Audio Ink Radio and discussed the genesis of Pearl Jam in Seattle in the early 1990s. When asked if he ever expected his life in Pearl Jam to become what it has, he replied, “It’s a surprise.”

“I mean, you get out of high school, and you start dreaming about being in bands, and all you want to do is be able to tour or sell some records, and it’s just so much fun, and you’re like, this is making stuff up,” Gossard said. “It’s like, there’s nothing more exciting than thinking that you’ve got everything that you need in your life just by owning a guitar or drum set and having some friends, and that just by messing around on your instruments and coming up with riffs and words and artwork and scheming and dreaming about ways to present it, that you can create a life.”

He added, “You can create a job. You can create some income for yourself, but it’s also something that gets you out of bed every day that makes you excited about life.”