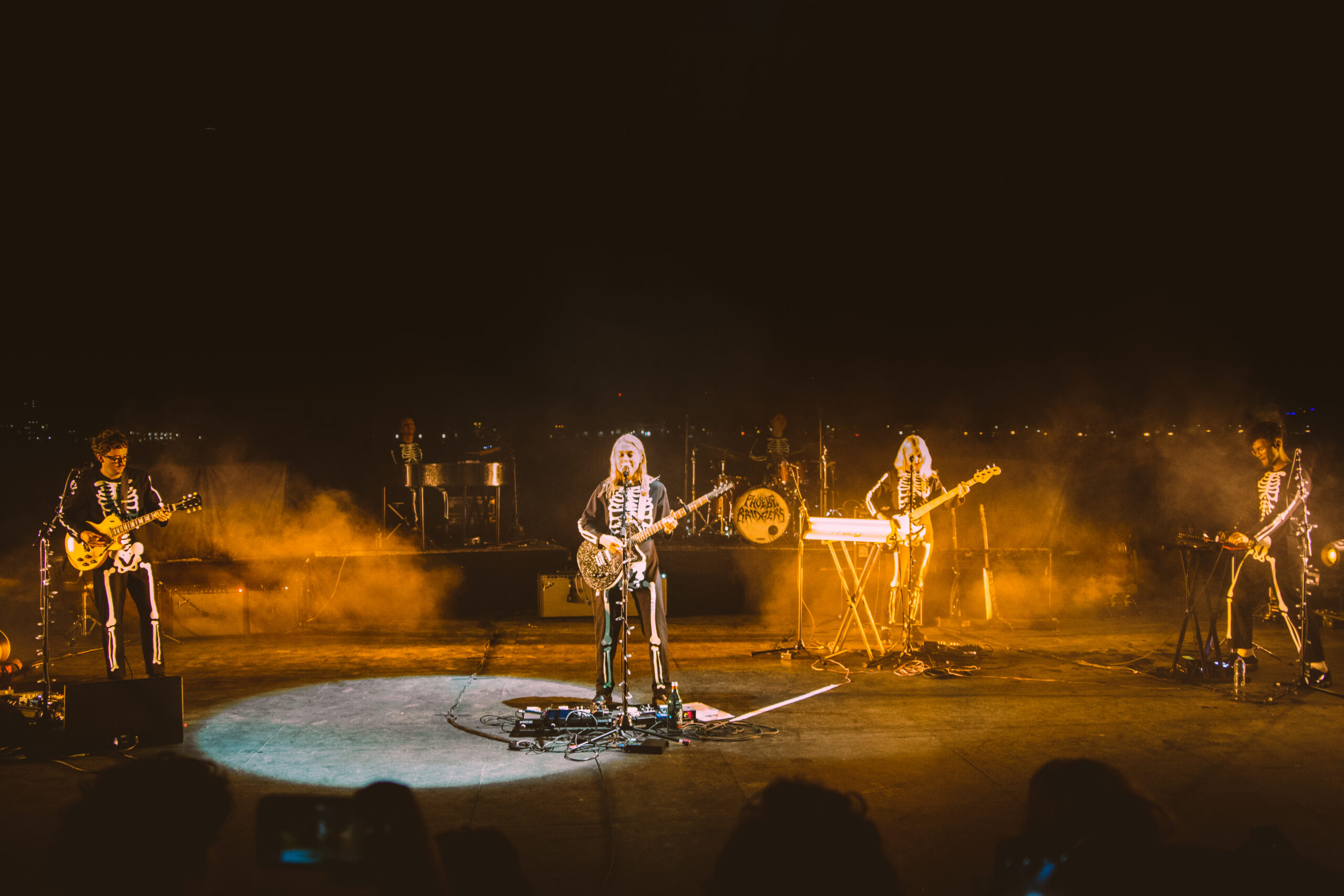 After cancelling all of her indoor shows, Phoebe merged two sold out shows in Royal Oak into one amphitheater show on the Detroit riverfront. The Aretha Franklin Amphitheater was a perfect fit for Phoebe’s thoughtful, contemplative alternative act. The event ensured safety for the guests, requiring vaccination cards and masks.

Opening for Bridgers was MUNA, a dark pop trio from Los Angeles. MUNA kicked off the night performing high-energy pop. Before they could play their latest release featuring the headliner, “Silk Chiffon,” MUNA’s set was cut short by a severe thunderstorm. After an hour of sheltering in place and once the storm had mostly subsided, the stage was set for Phoebe’s performance.

Walking out with the Black Eyed Peas “I Gotta Feeling” playing, the singer and her band were met with massive applause. Quickly, the band opened with “Motion Sickness” from their first album, Stranger in the Alps. The setlist contained a great mix of songs from the first record and its follow-up, Punisher. Phoebe Bridgers’ moody, emotional indie sound fit perfectly with the backdrop of lightning striking the Canadian side of the Detroit riverfront.

Ending the performance with an explosive performance of Punisher’s “I Know the End,” the crowd screamed along to the outro. The applause after the performance brought Bridgers back out alone for an encore. “This is a song that I wish I wrote,” Phoebe mused before starting a cover of Bo Burnham’s “That Funny Feeling.” During the song, her band members joined her, making the song even more impactful. We were happy to have our photographer Alec there to capture this sentimental night and you can check out his picture below!