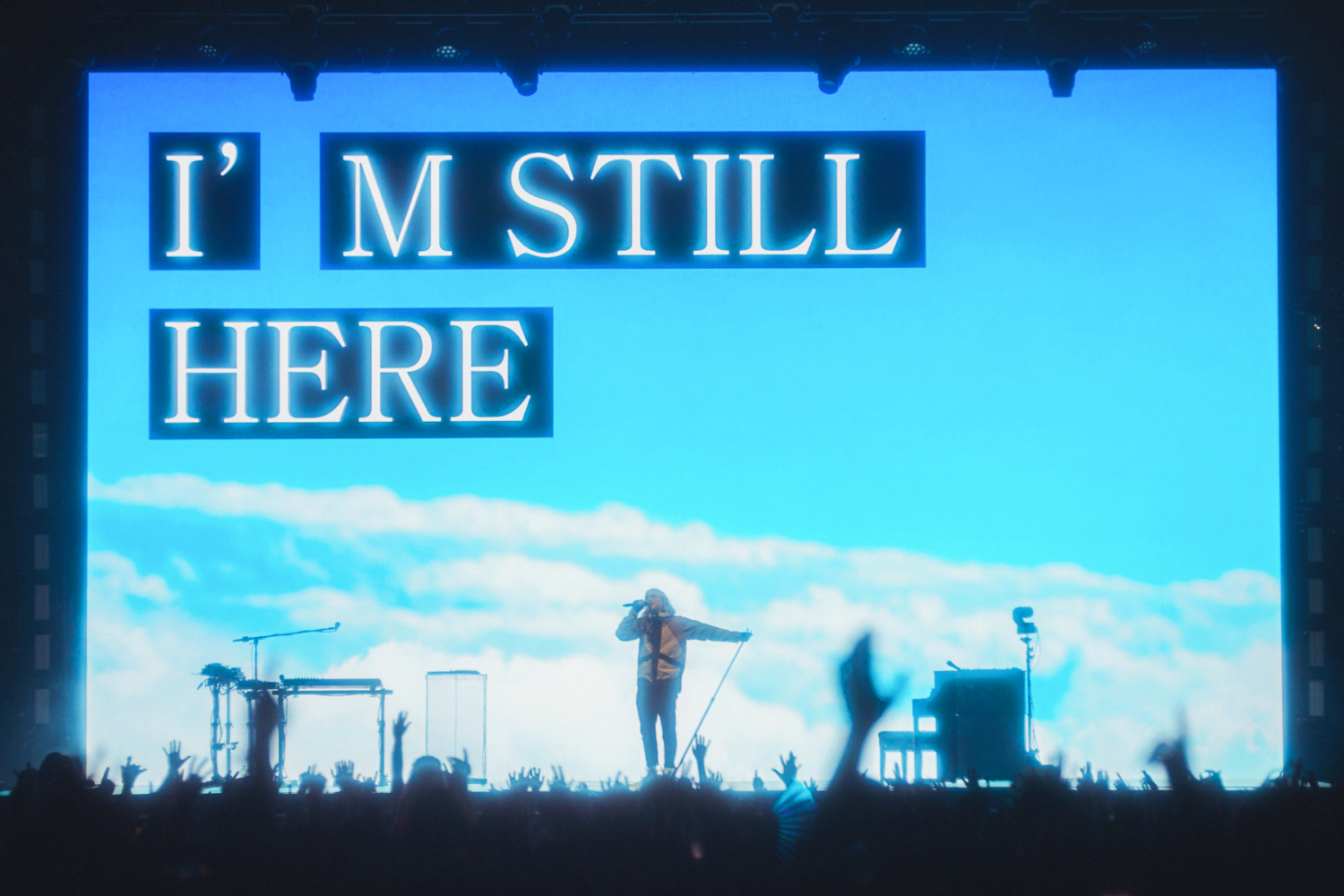 It took more than two years, a pair of virtual substitutions, a last-minute venue swap, and the delivery of Porter Robinson’s sophomore album, but Second Sky was finally able to make its in-person revival for the first time since June of 2019. Being the absolute legend that he is, Robinson opted to allow fans that weren’t able to be at the Oakland Arena Grounds the opportunity to experience half of the two-day event from home, streaming Sunday’s roster in its near entirety.

Opening with the introduction of his new progressive and disco-house inspired, live-only alias Air to Earth, Porter Robinson went the same route that he did in 2019, leading the festival off with himself—despite some audio difficulties on the stream—to encourage attendees to get there sooner and enjoy the rest of Second Sky’s top-of-the-line bill. WAVEDASH’s first World Famous Tour festival set would immediately follow, succeeded by Knower, Jacob Collier, Jon Hopkins, Toro y Moi, and Jai Wolf’s first and only planned festival appearance of the current calendar for his unbelievable The Cure To Loneliness live show. For those confused about Madeon’s absence from the stream lineup, he provided an explanation on Twitter, clarifying that he developed Good Faith Forever with a completely dark environment in mind and didn’t want a “suboptimal version” of it to live online, simply choosing to perform the show in the daytime due to desire to be a part of Second Sky and his close friendship with Porter Robinson.

Second Sky’s follow-up couldn’t come to a close without an hour-plus from the festival founder himself, with Porter Robinson unveiling his updated Nurture live performance from Secret Sky 2 in April. From the opening edit with “Lifelike,” “Wind Tempos,” and “Something Comforting,” the true curtain drop of Nurture live did not disappoint in the slightest, with every single album cut—besides “dullscythe”—finding a spot on the 21-part tracklist. With a handful of heartwarming speeches spread throughout the set—including one before “Blossom” that was dedicated to his girlfriend, Rika—Robinson wound down his heart-stopping performance with a blend of “Divinity,” “Unfold,” and “Language,” “Trying To Feel Alive,” and the production that started it all for Nurture in 2020, “Get Your Wish.”

Re-experience more than seven hours of Second Sky’s second and final day below.