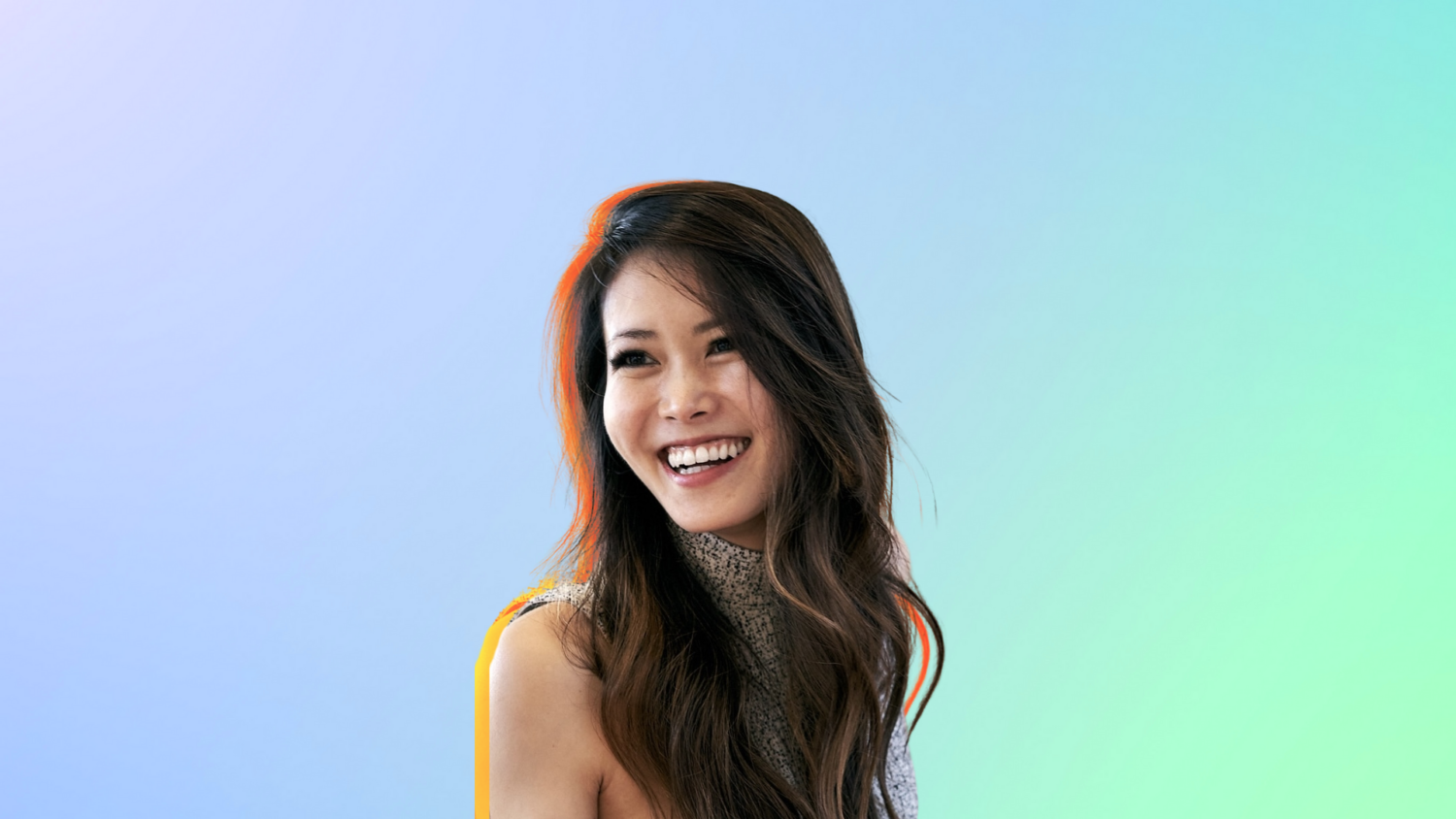 With the breakneck pace of how life moves online, it was only a matter of time before social media had to evolve in favor of creators. Between a perennial need for a never-ending content stream to capture fans’ attention, the toxicity of the often dispiriting comments section, and moving target algorithms that seem to cut deeper and deeper into post reach, it was inevitable that eventually creator-anchored social platforms would arise. And that’s to say nothing of poor monetization models that most often leave creators feeling like they’re making pennies on the dollar. Then, digital spaces like Patreon and OnlyFans began springing up around the mid-2010s, attracting the most dedicated fans with paid content deemed “premium.” Now, these platforms are far from novel and well established in the mainstream. And while mediums of auditory and visual art have fared well across these newer creator-first platforms, typically the communities that have gathered in these performer-oriented spaces have yet to address many of the same issues that plagued the original social media trailblazers.

At the same time, across much of the internet, and specifically within the dance music space, conversations around mental health awareness and personal wellness began to pick up steam, largely overhauling the way many people related to the stigmas associated with these conversations. And while social media has certainly helped catalyze important discourse around these topics, there’s no denying that the platforms and their next-gen counterparts have had broad, and often negative impacts on the mental health of users for more than a decade and a half. Somewhere along the way, cyberbullying became a cyber-normality that somehow managed to stick as social media began to evolve.

But then, in 2018, in response to some of the older vestiges of social media’s baser tendencies, came Vibely. The brainchild of co-founders Teri Yu and Theresa Lee, Vibely set out to foster next-gen communities with one focus in mind—positivity. Though, Vibely stands not just in dedication to relentless and unwavering positivism, but also against harassment, bullying, shaming, and the distribution of explicit or graphic content. As Yu herself describes it, “Vibely is an all-in-one place where creatives can monetize their vibrant communities,” adding, “it’s all protected by our commitment to positivity, called our Vibe Check.”

Earlier this summer, as OnlyFans reckoned with the backlash of deciding to ban sexually explicit content from the platform, which had amassed more than 130 million users as of the summer of 2021, Dancing Astronaut linked with Teri Yu to learn more about Vibely, the untapped potential for the platform’s crossover with dance music, and what differentiates this burgeoning online space from the rest of the community-driven competitors that have already—for better or worse—made a name for themselves.

Before COVID-19 brought life to a screeching halt in 2020, Vibely was tailor-made for digital communion. Vibely founders even worked with the team from Netflix’s Social Dilemma to help create a set of comprehensive guidelines for the platform, and primarily, the overarching Vibe Check. So last year when the masses flocked to online spaces as tours and festivals began dropping off the calendar by the day, Yu, a Taiwanese-American USC graduate from Arizona, could already see the untapped potential for DJs and producers on the platform. “It could be the center of the DJ’s universe, where you can integrate a constellation of events, livestreams, virtual listening parties, host challenges, and have fan resources available,” says Yu. In terms of COVID-19’s impact, the San Francisco-based CEO elaborated further,

“For music in particular there’s a lot of energy that has been suppressed by the pandemic in a way. You love music, you listen to it, and you want to talk to people who get your love for music, and that’s been missing with shows and events being cancelled. But thankfully the world is opening back up little by little. But even beyond the in person events, people can still connect around their interests on a continuous basis.”

For the children of the internet, content is king but continuity is key. As people crave and seek out what they deem to be authentic content online, the need for continuity is paramount as attention spans wane down to the span of TikTok videos. Yu likens the typical social media experience to a high, describing the nature of the internet’s ephemera as, “a quick hit of dopamine.” Yu continues, “Our society is so focused on that addictive experience of being online that there’s this element of detoxing that needs to happen. It’s like fast food. Enjoyable in the moment, but then you unplug and you realize, ‘I don’t feel any happier.’ It’s almost like a drug at this point.”

Additionally, social media can often feel like the needle moves too fast, and many times, older artists opt to forgo a social media presence altogether, rather than face an unending pool of competition for eyeballs or shares. Yu envisions a more intentional sense of connectivity between creators and their communities within Vibely, with a creator acting more as a factotum or a face for a larger community bound by likemindedness and shared goals, rather than just the pursuit of content. “The way that we interact with people is so short that there’s almost no sense of continuity. With artists, they might struggle to find a place where there’s true loyalty,” adding that, “with Vibely an artist can have a deeper level of engagement that they create themselves, which leads to more meaningful, profound conversations. People on Vibely are talking with each other as opposed to just talking past each other.”

Again, the core of the platform’s mission circles back to the user terms and conditions of the Vibe Check. “That’s why our focus is so different. With the Vibe Check we want to make sure everyone is having a good, fulfilling experience. No harassment, no bullying, no shaming, no self-promotion, no nudity, all based on the idea that we treat each other with respect and kindness. Which sounds so radical, but it’s how we should treat each other in real life, right?”

Radical indeed. As Vibely continues to challenge the social media status quo, giving artists and creators an additional revenue driving tool has been a remarkably empowering experience for Yu and her team. Most importantly though is scalability. While other next-gen digital communities have already given content creators the ability to directly monetize their fanbases, the key differentiator for Yu was the ability to grow and scale a community. Says Yu,

“What’s good about [platforms like Patreon and OnlyFans] is they allow for recurring revenue, which is important. Vibely does that part, plus it allows you to scale over time. It is more about how can you help your community scale over time by helping each other and interacting [together], and you being more the face or the leader of that community. I can imagine things like shuffle challenges or gloving—I don’t even know if people still do that—or even challenges for personal growth like, ’10 days of mixing’ or ’10 days of learning Ableton,’ so there’s a lot of opportunity to participate with each other beyond just consuming new content.”

Now a space where total integration is possible, the platform allows creators to agglomerate e-commerce spaces, event calendars, social media links, and more, making Vibely a sort of digital Swiss Army knife for the modern creative with bigger aspirations than just content generation. “It’s all meant to be super inspirational,” says Yu of the platform’s underlying ethos. For many who have felt hindered or disconnected, bullied or harassed online, or as though the space within a comment section or Tweet thread simply wasn’t safe enough to speak up in, Yu and her team are working to foster a more meaningful brand of connectivity. And similarly, for the those that have feel like social media platforms just wind up being dark, depressing voids of misinformation, having a place to link with likeminded individuals to meet, discuss, and achieve together may just be what the doctor ordered.

There was a point where cyberbullying and the lack of attention to mental health became so commonplace online that the terms to describe the phenomenon simply began to disappear. Vibely is setting out to bring connectivity back to the internet, and with thousands of users and counting, perhaps the positivity is starting to catch on.