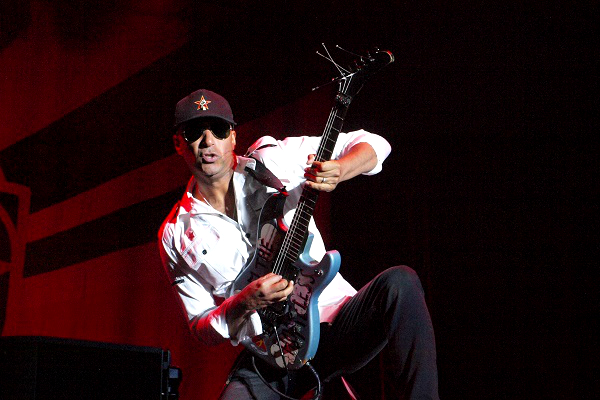 Rage Against the Machine guitarist Tom Morello has announced a new solo album, “The Atlas Underground Fire,” and the set features some major names. Morello has unveiled the debut single off the record, a cover of the AC/DC classic “Highway to Hell,” and it features Eddie Vedder of Pearl Jam and Bruce Springsteen.

Morello, Vedder and Springsteen join forces for a high-octane cover of the famed song, with Springsteen and Vedder singing back and forth in the verses and coming together for the anthemic chorus. Morello, of course, provides wicked guitars, including a wild, Rage-influenced solo midway through the tune.

“The Atlas Undergound Fire” also welcomes guest appearances from a bevy of other musicians, including Chris Stapleton, Mike Posner, Damian Marley, Bring Me the Horizon and Dennis Lyxzén of Refused, to name a handful. The album marks Morello’s follow-up to his 2018 solo record, “The Atlas Underground.”

“During lockdown I had no access to an engineer so I had to record all of the guitar parts on the voice memo of my phone,” Morello said of the new tunes. “This seemed like an outrageous idea but it led to a freedom in creativity in that I could not overthink any of the guitar parts and just had to trust my instincts.”

“The Atlas Underground Fire” will hit stores on Oct. 15. Listen to “Highway to Hell” featuring Springsteen and Vedder below.