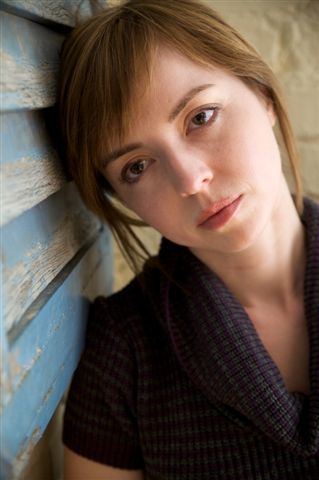 Two Russian woman—a conductor and a composer—and a French pianist joined the Boston Symphony Saturday for a thoroughly satisfying concert in the Shed.

Conductor Anna Rakitina[i] began with a suite from an opera by another Moscow-born musician, Elena Langer’s[ii]. opera is a rich and complicated work which draws on a play adapted from Beaumarchais by Ödön von Horváth (1901-1938), which takes the basic elements of the Beaumarchais drama and darkens it (still with touches of comedy) into a treatment of class warfare in a more 20th-century manner than the original had shown. This became the basis of Pountney’s libretto and Langer’s opera, which was produced at the Welsh National Opera in 2016. The suite is cast in six movements presenting several of the characters as well as some of the atmosphere of the setting and period (more contemporary than in the originals, with armed struggles and an escape from the Count’s castle to a provincial town. A sleazy character called The Major is depicted by accordion, violin, and piano solos in a jazzy style. Susanna and Cherubino have a night club act. We hear inklings of war, hints of love (in complicated relations), and a musical style that suggests to a degree the approaches of Kurt Weill and other pre-war music from central Europe. Rakitina led the suite with verve and energy, making a strong case for it, and awakening my desire to hear the full opera.

The extraordinary French pianist Jean-Yves Thibaudet chose the Ravel Concerto in G Major, a work with two aggressively brilliant movements in the outer positions and a sweetly gentle melodic melody in the middle, one that sounds utterly natural, though Ravel found it very difficult to compose, proceeding only a measure or two at a time, thought to prefigure a late-in-life failing of his powers of invention, though he was still able to create this luscious passage. The fast movements in particular contain occasional “blue” harmonies reminding us that Ravel had met Gershwin during a visit to the United States, and he surely heard Rhapsody in Blue. Thibaudet sent the sparks flying in the outer movements and allowed the Adagio assai to sing its heart out.

Elgar’s richly evocative and orchestrally colorful Enigma Variations represents in music a group of his personal friends, taking a hesitating theme that grows through movements gentle and brilliant by turns. There had been some applause after the faster and louder movements of the earlier in the concert. Rakatina clearly did not want that during Elgar’s variations, some of which move quite directly from one to the next, while some make a link that is deeply expressive, so that ill-timed applause would ruin the effect. The one place where, above all, one does not want intrusive applause is at the end of “Nimrod,” which builds to a powerful, moving climax, then dies slowly to silence before the next section, “Intermezzo (Dorabella).” Rakitina’s mastery of the score and of the audience became apparent here when she quietly raised her left hand with the index finger pointed upward and held it motionless during the desired silence. Beyond that, her leading of the Elgar, a score that manifestly requires active leadership from the conductor to bring out the intricate details of dynamics, of subtle details of pacing even with individual phrases, and the pacing of the transition between each of the 14 movements, demonstrated the art and skill that already she brings to her role. It will be a pleasure to observe her in future appearances.

[i] Anna Rakitina, currently assistant conductor of the orchestra, made her delayed first appearance at the helm of a live symphony concert. Born in Moscow and trained first as a violinist, she also took a degree in musicology and during the last three or four years has conducted symphonic concerts and operatic performances in Europe, Asia, and the United States. She was named assistant conductor at the Boston Symphony in the 2019/2020 season, which would put her BSO debut concert in the Tanglewood schedule for 2020. But, of course, that season did not take place. Meanwhile she played a role in the streaming programs that the orchestra offered during the lockdown period of the Covid-19 pandemic. Her position has been extended two more years.

[ii] Elena Langer (b. 1974 studied in Moscow and in England (where she is currently based), and spent the summer of 2009 as a composition fellow at the Tanglewood Music Center. She feels especially at home writing for the theater, and has produced several chamber operas as well as full-scale operas, one of which, Figaro Gets a Divorce,  was staged by the Welsh National Opera in 2016, to a libretto by David Pountney. The title, of course, immediately suggests one of Mozart’s most famous operas, and with a very good reason. The French playwright Beaumarchais wrote three plays about the clever barber. In order, they were The Barber of Seville (later to become the basis of Rossini’s most popular opera), The Marriage of Figaro (the source of the Mozart opera just mentioned), and The Guilty Mother. The first traced the wooing of Rosina by Count Almaviva, for whom the lively barber Figaro helps him trick her guardian in order to win her hand. The second play traces the attempt of the now-married Count to seduce Figaro’s fiancée Susanna before her wedding night, while the Count becomes enraged at the flirtations paid to his wife by the love-smitten page, Cherubino. The final play in the trilogy is far less well known, though Darius Milhaud made an opera of it that was produced in 1966. The “guilty mother” is the formerly pure Countess, who has been seduced by a grown-up Cherubino.