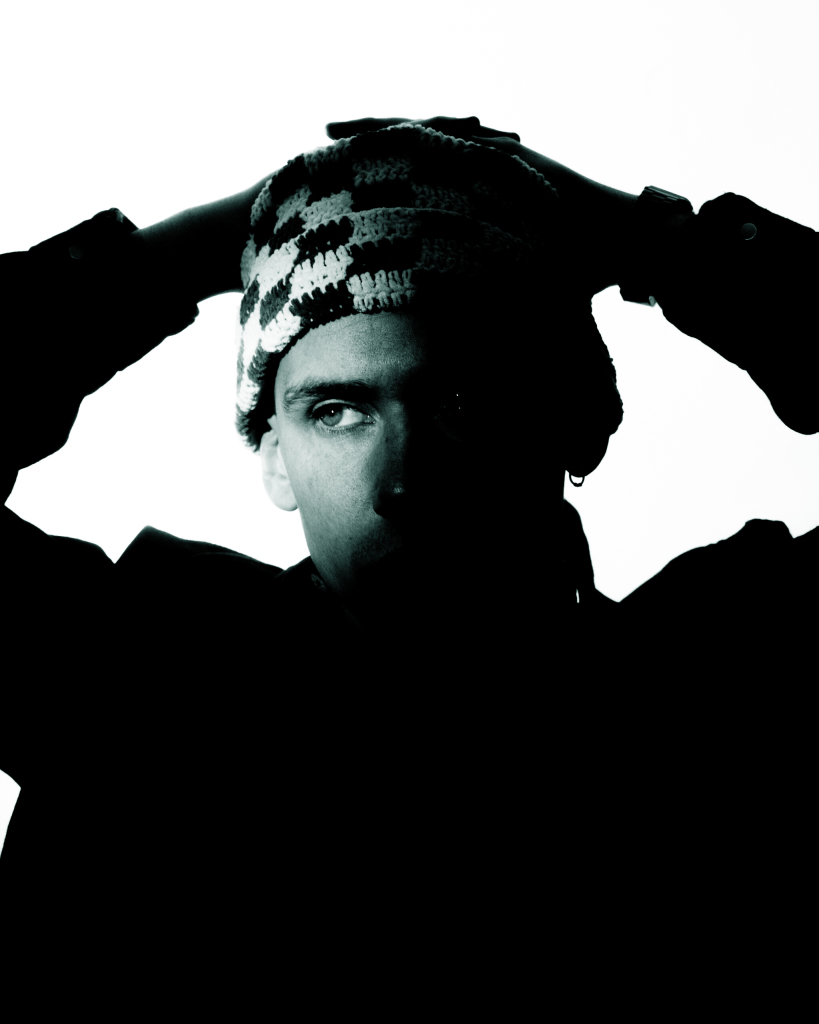 Gertrude Stein once coined the phrase génération perdue to describe a lost generation of disillusioned artists living in Post-War Paris, Kojaque’s Town’s Dead is an ode to Dublin’s own génération perdue and beyond. Capturing the frustration of a city alive with creativity but crushed by capitalism, Town’s Dead portrays the actual cost of art through adversity.

‘Heartbreak’ brings things into focus. Establishing the melded genres at Kojaque’s disposal, the sound of Town’s Dead envelops the words. Portraying fluctuating thematically threaded moods, the song begins with a hazy introspection that gives way to an all-out primal scream. ‘Heartbreak’ is a work of dynamism mirroring the album’s own sonic arc.

But such fury only hits when there’s something to say, and Town’s Dead speaks. Never isolating the listener with empty observations, Kojaque grounds the sense of disaffection with relatable stories. Instead, ‘Shmelly’ weaves truth around a slow-burn beat. Lines like “Can’t afford the rent where my ma done raised me, In the box room till the box push daisies.” convey reality with succinct brutality, while the rest of the track imparts the actions born from being stuck in this situation.

Likewise, ‘No Hands’ is a heart wrenching personal offering, “Daddy wasn’t present all because of his depression. Try my best to ride alone. I guess I never got the lessons. Left me always second-guessing.” Wrapped around an introspective performance, Kojaque weaves the personal into the over-arching themes of Town’s Dead with words like, “I get embarrassed when they asked me where I got all my old man clothes. Well off the old man, but they don’t need to know that, though.” This ability to be raw and open throughout, whilst allowing the listener to relate not just to themselves but a broader social meaning, is what makes Town’s Dead so unique.

However, it’s the title track where Town’s Dead hits the next level. Condensing the social and personal fury of the album itself, the buzz saw opening, building tension and distorting edges create the perfect setting for Kojaque. The whole song is quotable, as each line leads to the next with precision. But it’s the chorus that distils the themes and meaning behind the album perfectly, “You could be the big shot, ’round campus. Help gentrify the flats to the Hamptons. You could try the house share, try rentin’ bit of money for the landlord’s pension. Heads are gonna roll soon, no warning. This town’s not dead. It’s just dormant.”

And so it goes, Town’s Dead is for the lost. For a society trampled by the greed-driven machinations of others and asked to pay the price. For the potential that still thrives within and the fear of that potential not being realised. For a génération perdue, scared and no longer willing to maintain the status quo. With Town’s Dead, Kojaque has captured not just the sound of a city but its mood.