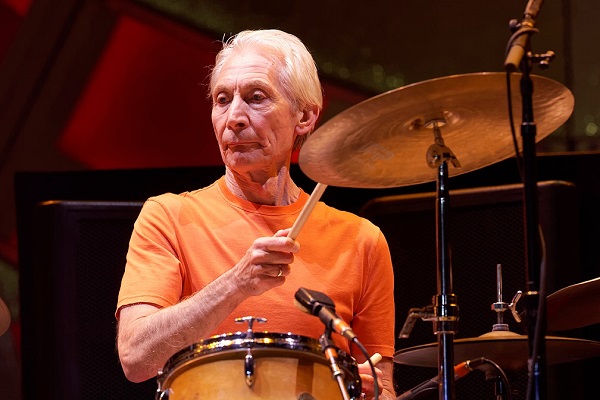 Charlie Watts, who served as the Rolling Stones’ drummer since 1963, has passed away

It’s the end of an era, as legendary Rolling Stones drummer Charlie Watts has passed away. He was 80.

“He passed away peacefully in a London hospital earlier today surrounded by his family,” his spokesman said in an official statement. “Charlie was a cherished husband, father and grandfather and also as a member of the Rolling Stones one of the greatest drummers of his generation. We kindly request that the privacy of his family, band members and close friends is respected at this difficult time.”

Watts was born in 1941 in the west London suburb of Wembley. The son of a truck driver, Watts got a name around London playing local clubs in the early 1960s, which is where he met Mick Jagger, Brian Jones and Keith Richards. He became the drummer for the Rolling Stones in 1963 and also used his graphic arts knowledge to design the band’s album sleeves.

The Rolling Stones are considered one of the defining bands of the rock ‘n’ roll movement. The band, including Watts, was inducted into the Rock and Roll Hall of Fame in 1989. The Stones hold three Grammy Awards and a Grammy Lifetime Achievement Award, to boot. They also have heaps of No. 1 rock singles, including “Satisfaction,” “Gimmie Shelter,” “Paint It Black,” “Wild Horses” and more.

The Rolling Stones have a North American tour ahead, but it was previously announced that Watts would not appear on the upcoming trek as he recovered from heart surgery.

An array of rockers have sent out tweets and statements sharing their thoughts about the legendary drummer, including Ringo Starr, Elton John, Paul McCartney, Billy Corgan and more. View a sample of tweets below.

A very sad day. Charlie Watts was the ultimate drummer. The most stylish of men, and such brilliant company. My deepest condolences to Shirley, Seraphina and Charlotte. And of course, The Rolling Stones.

Charlie Watts was the most elegant and dignified drummer in rock and roll. He played exactly what was needed – no more – no less. He is one of a kind. pic.twitter.com/aasPZ2fMYX

Rock n roll would not be rock n roll without the rhythm, the style, the VIBE of this incredible musician. Rest In Peace #CharlieWatts, one of the greatest and most important architects of the music we love. pic.twitter.com/xEfzaSLCba