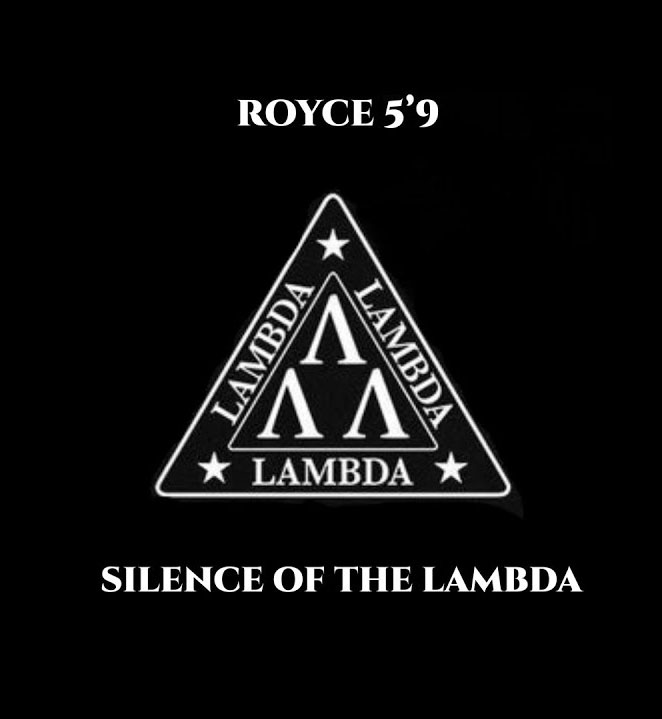 When it comes to this rap sh*t, Royce 5’9 is one of the best to have ever done it. For nearly two decades he’s been one of the most consistent and elite emcees in the game. And with his latest release, “Silence of The Lambda,” he’s proven it once again.

A response to Lupe Fiasco – who, after a back and forth online over who’s pen is better, went on IG Live and kicked a lengthy freestyle addressing Royce and the whole situation (HHNM has a great break down of the entire thing) – Royce puts on a seven-minute clinic while sprinkling in shots at the Chicago rapper in the process.

“I S-M-H, I let you nay-say/ Y’all legends ain’t safe/ I desecrate Flex, I decorate Sway/ I estaimate a hundred left, I let the Kay Slay,” he exclaims. ”I don’t carry suitcases on big runs to malls deep/ I don’t carry big guns to a small beef/ I don’t really care what Mickey Factz has to say/ Add Lupe, that’s touché/ I don’t care for big gums and small teeth/ You know the gold all froze if I’ma purchase bling/ Just so you know, not a soul walkin’ the earth this mean/ Bow before the king, kiss the goat all purpose ring/ While the god poses like Bow/Soulja meme/ Y’all with all the jokes, laugh hard but y’all ridiculous/ I’m with all the smoke, Matt Barnes, Sha’carri Richardson”

This continues non-stop for several minutes until Nickel decides to up the ante with a closing stanza where he states he’s Benny the Butcher, Kendrick Lamar and J. Cole wrapped in one and directly responds to Lupe’s “without Eminem you’d be broke” rhyme with a reminder that Kanye West played a huge part in his discovery and career.

“I’m Benny, I’m Kenny and Cole/ I’m bimmy and po, I’ll hit my enemy and chalk any opposed/ If Umi says you really the goat, who tryna hit em the Mos […] I’m Jill Scott playin Gil Scot Heron/ With Preem, H.E.R and D’Angelo/ Queen serving me cantaloupe, hammock low/ Swerve lambs on Atlanta roads/ Earl “Animal“ Manigualt, furs lamb or the nana goat/ The pearl handle where ammo go/ Answer war with your girl nana or aunt ol’ go/ Cancel cultures annual, Santa Po is the anecdote/ Cancer don’t take for granted no family though/ The streets won’t hand us no manual so we go Hansel Emanuel/ You forgot the dude who was about The Chi, who been locked inside/ Wtithout him you’d be dead, probably dread standing beside you/ Fed almon and lied to, while the red camera disguise you/ You violent but where was that for the Craig Kallmans and Kaisers/ Nine minute freestyle about me, I had to make fun of bro/ I got plenty problems, my n*gga, rapping ain’t one of those”

Produced by Carlos “Six July” Broady, press play on “Silence of the Lambda” below and stay tuned for Lupe’s response – which, I’m sure is already in motion. While I don’t support Lu anymore for personal reasons, I do still consider him one of the best rappers and really look forward to what can come from this battle (as long as it stays on wax, of courses).

UPDATE: Well, that was fast! Literally hours later, Lupe has returned fire with a diss track of his own called “Steve Jobs: SLR 3 1/2).” Produced by his longtime collaborator, Soundtrakk, the track can be heard below.

I’ll be back with a few quotes after I digest the track some more.