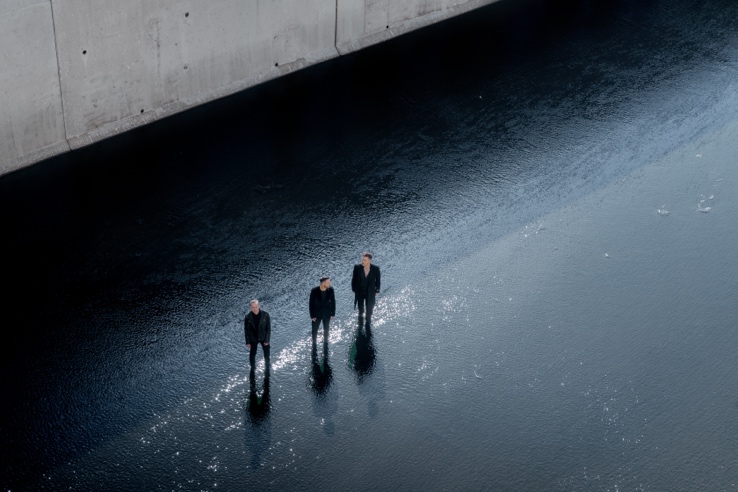 In October of 2020, in less than 140 characters, RÜFÜS DU SOL gave listeners a glimpse of what the succeeding year would have in store. Nestled in a Twitter thread that contained their Headphone Selections playlist was the following admission: “For those asking us each week, yes we are working on a new album.”

Not even a full year later, and the alternative-electronic Aussie trio has returned with the first taste of the direct follow-up to 2020’s Live from Joshua Tree. Dressed in the mesmeric sonics customary to a RÜFÜS DU SOL release, the lead single from their forthcoming studio album finds the outfit returning to the release ring—and to form. From the lyrical ruminations of “Alive” to its broken beat percussion, RÜFÜS DU SOL’s re-entry to the electronic context is Tyrone Lindqvist, Jon George and James Hunt as fans know them: contemplatively exploring the human condition with feeling, and in a fashion that universally recommends their music.

“It’s a heavier song in some ways, but at its core it’s hopeful,” Lindqvist said of “Alive.” “We are—all of us—living in this transitional moment right now and we wanted to focus on the hope that the future holds for us all. To focus on the light at the end of this tunnel.”

“Alive” arrives in tandem with a North American fall tour that will route RÜFÜS DU SOL through Las Vegas, Phoenix, Houston, and Dallas in November. Tickets to the live initiative will be available for purchase on July 16 at 10:00 a.m. local time in each market. “Alive,” from an LP already ranked among Dancing Astronaut’s most-anticipated albums of 2021, can be streamed below