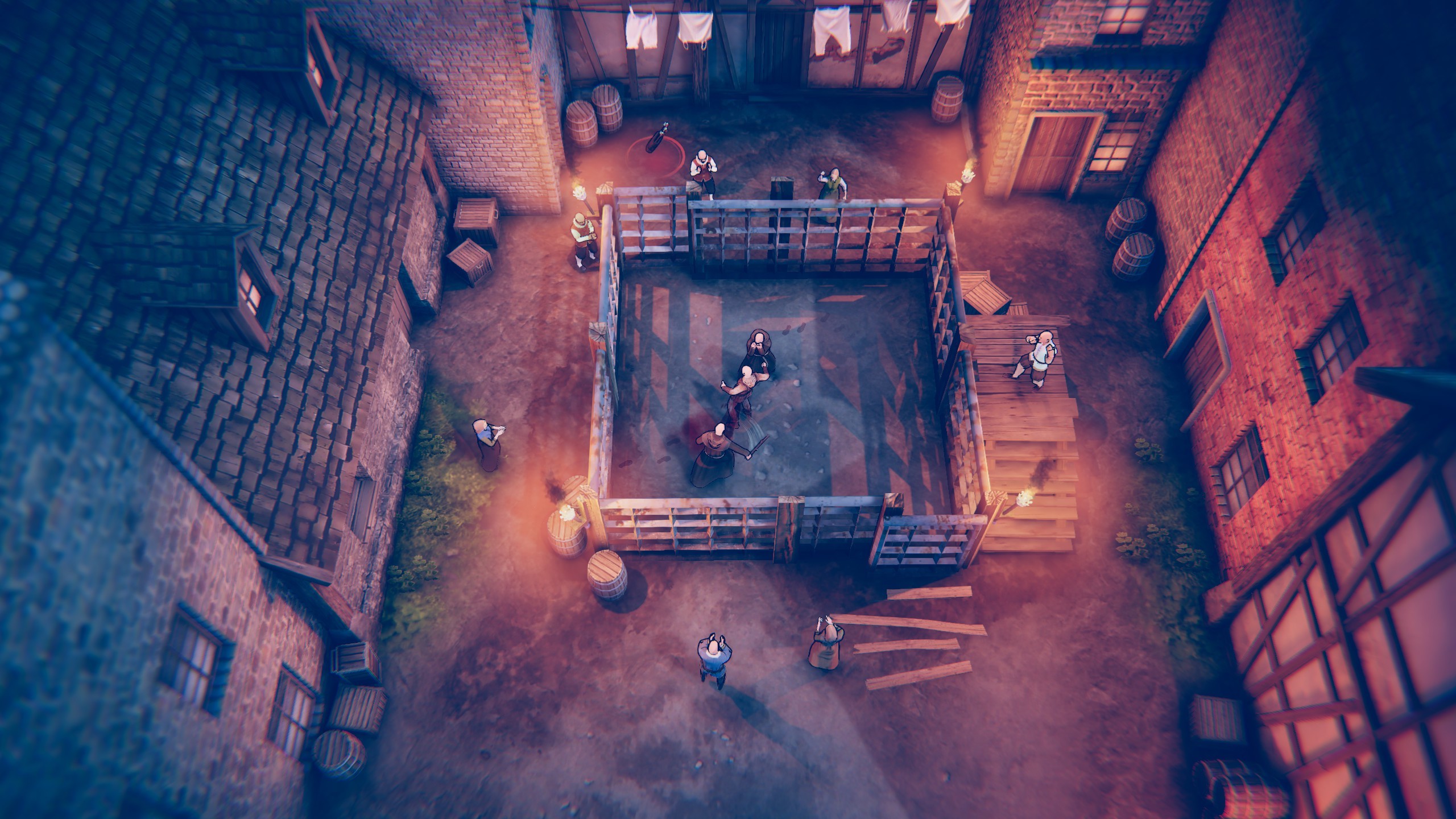 As I pursue a ‘Thunder-Mifflin’ paper supply cart, sword in hand, I finally feel like Rustler is nailing the angle it wants players to see. After all, the entire premise of the game is a medieval-style tribute to the first couple of Grand Theft Auto games – what’s not to love about high-speed horse chases?

Well, as it turns out, kind of a lot.

When I die mid-pursuit, wiped clean off my horse by an eagerly gallant knight, all of that newfound momentum bleeds out with the rest of me. Failure means reverting back to a checkpoint picked seemingly randomly – sometimes you’ll be back in the saddle in no time, while in other cases you’ll start the entire mission from scratch, long horse ride and all.

It’s a very irritating system, but when you’re caught up in the action of Rustler – cutting, riding and parrying with wild abandon – it’s a pretty enjoyable game. The combat is fairly simple, but it stays fun without needing to over complicate itself.

The game looks great, too. With a vivid splash of colour, Jutsu Games bring all the grime and murk in the world to life. The world itself constantly reminded me of Shrek 2‘s Far Far Away, as Rustler merges all the mundane sights of modern-day life (traffic signs, parking spaces and graffiti) wonderfully into Ye Olde-Time Video Game.

There’s a lot to be said for the soundtrack – bards scattered across the world will provide musical accompaniment at your request. While some of their songs are the traditional up-tempo medieval ballads you’d expect, the real delight is in listening to the music team’s skillful blend of lute-themed hip-hop.

Unfortunately for Rustler, it falls flat on the one thing that really makes GTA special – the writing.

While GTA brings characters and moments of the story to life by knowing when – and how – to be funny, Rustler doesn’t really know how to walk the same line. I never really clicked with any of the characters, and started to find myself impassively clicking through every line of dialogue.

None of the characters ever felt like anything more than cogs, built to advance the story or offer up more quests. The dialogue is often ham-fisted, with few of the near-constant jokes ever really landing. Instead, conversations feel like scripted lines that are awkwardly waiting for a laugh track.

There are still some great gags – I liked delving into a far-fetched conspiracy alleging that the Earth is actually round and working for some knights-turned-brewers – but the good ones are usually carried by their solid premise, rather than any actual delivery. There are plenty of Monty Python references, too, if that does anything for you.

The well-crafted world and incredible soundtrack does a lot to balance out the mediocre writing, but I’d recommend waiting to see how Rustler develops before handing over your gold coins.

Rustler is available on Steam in early access, and will launch on August 31 for Nintendo Switch, Xbox Series X|S, Xbox One, PS4 and PS5.