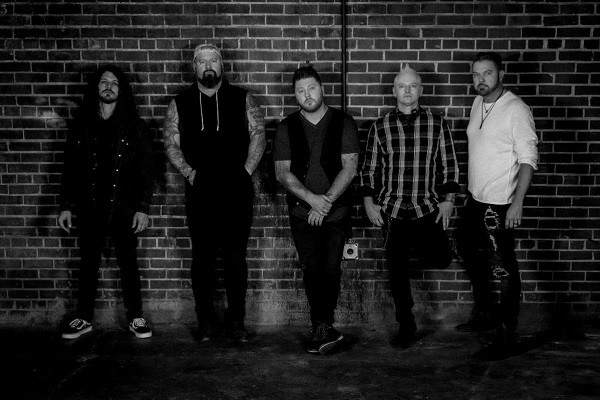 Saving Abel have reunited with original frontman Jared Weeks for a new EP, and more new music is in the works, to boot

Mississippi rockers Saving Abel are back with original vocalist Jared Weeks, and they’re releasing a new EP with Weeks that resurrects some of the band’s first material. The new EP, called “Shade of Grace – Twenty Year Songs,” will drop this Friday (July 9).

Saving Abel’s original band name was Shade of Grace, so the title of the new EP pays homage to that era in their career. The collection features six songs, including some of the very first material they ever wrote as a collective unit.

“Our producer Skidd (Mills), Jared (Weeks) and myself all started going back to those songs independently of each other,” guitarist Jason Null said in a statement. “We all felt drawn back to the beginning without even speaking to each other about it initially. So, that’s what we did.”

Weeks and Null started working with producer Skidd Mills in the studio on the older tracks just before the announcement of Scotty Austin leaving Saving Abel. Austin replaced Weeks back in 2013 and recently left the band.

“You never know how it’s gonna feel,” Weeks said of getting back with the band and Mills. “Like, will this be weird? Will we still have that cool thing we had in the beginning? Well, let me just tell you, it’s there. I felt like I was back to that young, excited, not jaded guy. There’s just something about the three of us together that is magic.”

While most of the material was previously written, the band also created a new song inspired by the emotion of getting back together. On top of the new EP, Saving Abel are working on an “essentials” record that will arrive this fall, as well as three previously unreleased tracks and a spring 2022 tour.

“The sky is the limited for us right now,” Weeks said. “We already made the mistakes and poor decisions. Now we get to do it our way, with a little more clear headedness and a lot more guitar solos.”