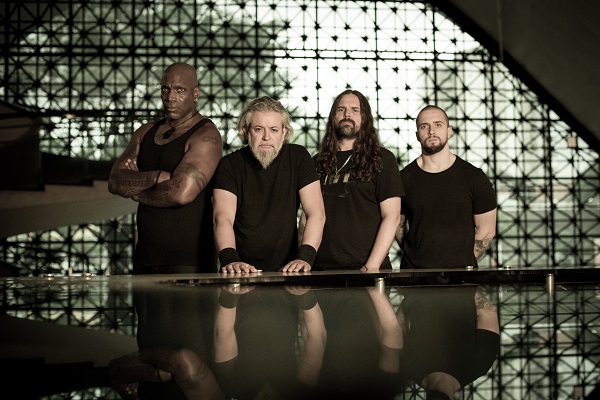 Andrea Kisser of Sepultura joins Anne Erickson to discuss the band’s new, quarantine-made album, “SepulQuatra,” the state of metal music and more in this video interview

Longstanding Brazil metal band Sepultura took a rare break from touring in 2020, like much of the music world, due to the global pandemic. Instead of letting the time go to waste, the guys set up unique quarantine sessions featuring members of Sepultura bringing to life the band’s songs with special guests.

Now, highlights from the band’s quarantine sessions are available as a proper album, “SepulQuatra,” which arrived in August via Nuclear Blast record. The set features high-profile guests such as Scott Ian of Anthrax, Devin Townsend, Danko Jones and more. Find more via Sepultura’s website.

Founding Sepultura member Andrea Kisser joined Anne Erickson of Audio Ink Radio for a TV interview to talk about “SepulQuatra,” his recent decision to give up alcohol and the strength of heavy metal. Watch and read the Sepultura interview below, and subscribe to Audio Ink Radio on YouTube here.

On how Sepultura’s new album, “SepulQuatra,” came together after the band’s year-long quarantine sessions and jams

At the end of 2020, we saw that we had amazing material in our hands and decided to organize it into an album. We remixed everything, remastered and chose 15 songs, and did all the artwork (with artist Eduardo Recife). It’s an album that came out by itself, basically. We didn’t plan to have an album, and in the end, we got an amazing project in our hands. It’s not live. It’s not studio. It was this new situation that everybody was home in their houses, and through technology, we got everything together.

On the situation in Brazil with COVID-19

Unfortunately, Brazil- it’s a mess. We have no leadership that took responsibility for the task. In a way, it was very similar to the States with Donald Trump with the denying and against the vaccines and all that stuff. But, slowly, things are moving, because regionally, Brazil is starting to do our own stuff. Each state, basically, is trying to make it happen. I got my first shot and hopefully in September I’ll get my second shot, and hopefully this will work, not only for our health but for matters of traveling and going places and touring, because we need basically open borders. Especially in Europe, when you have a tour in Europe, you go to so many different counties in such a short period of time. But, let’s see. Things are starting to come back, slowly, which is great. It’s something that motivates us and creates excitement. We have an album to tour and are ready to go on the road. We’re just waiting for things to get better. Brazil is a little late compared to some places, but it’s going slowly.

It’s been a year and a half or so. It was around March last year, even before the lockdown happened. It was a decision that was clear to me. It’s really hard to explain. I didn’t really make any promises to special dates or any religious situation. It was a decision with myself, that once I realized I was a slave to alcohol- because everything I did, alcohol was a very heavy decision maker for me. What type of place we’d go. What type of vacation we’d do. Alcohol was very influential- 70% of everything I choose because of alcohol involvement. It doesn’t mater if it was with my family or friends or whatever, alcohol was more important. Let’s say Disneyland doesn’t have alcohol. F*** that place. I don’t want to go there, because I cannot drink. It was ridiculous. I didn’t have a problem of drinking every day. I didn’t drink every day. It wasn’t something where I was home having alcohol, but that choice factor really struck me as something that I couldn’t keep going like that. I’m better than that, to be f***ing enslaved by a f***ing alcoholic beverage. The people around me had to be more important than a f***ing drink. So, it was clear for me. Once it was clear for me, I stopped, and I never had a wish to drink, which is weird. I like to drink. Don’t get me wrong. I like wine. I like beer. I enjoy that, but I don’t feel the wish to drink anymore. I think my decision was really clear and easy in that respect, because there was so much in front of me that I didn’t have to put on anyone’s back, like I said, on religion or some period of time of, “I’m going to stop for a year.” No. I’m going to stop, and that was it. It was great. It still is. I think it opened a lot of new possibilities. I’m better with my health. Especially because of the lockdown, I think without drinking, it was much better to face reality and better solutions, and “SepulQuatra” probably was a consequence of that, as well, to create things instead of going down, “Oh, I’m supposed to be in Germany touring today. It’s not there.” We are here now, and let’s see that possibilities that we have in our hands and work with that.

In the business, especially being a famous musician, people give you everything. It’s too easy to get anything- drugs, women, alcohol. If you start believing in the myth that people tell you about who you are, you’re f***ed, in that respect. I have a family that always kept me on the ground to keep that balance. Otherwise, it’s too easy, especially when you’re young and start growing and money starts to come in. It’s very dangerous to lose yourself in the illusion of fame and success. So, it’s great to have balance.

On the strength of heavy metal music today

Heavy metal is the most popular style of music in the world, by far. It’s the most faithful fans- the type of fans that don’t buy bootleg. They want to have the official stuff- the official shirt, the albums, lyrics, everything. You see Maiden fans and Kiss fans and Led Zeppelin and even Sepultura fans. We put out a lot of products that people just collect. The Sepultura beer we have in Brazil and stuff, people that don’t drink go there and buy it just to collect an item of Sepultura, which is great. That keeps the style alive and strong, because the money goes straight to the band and management and record label, not to people that are just taking advantage of some popular style of band, which is great. It’s very strong.