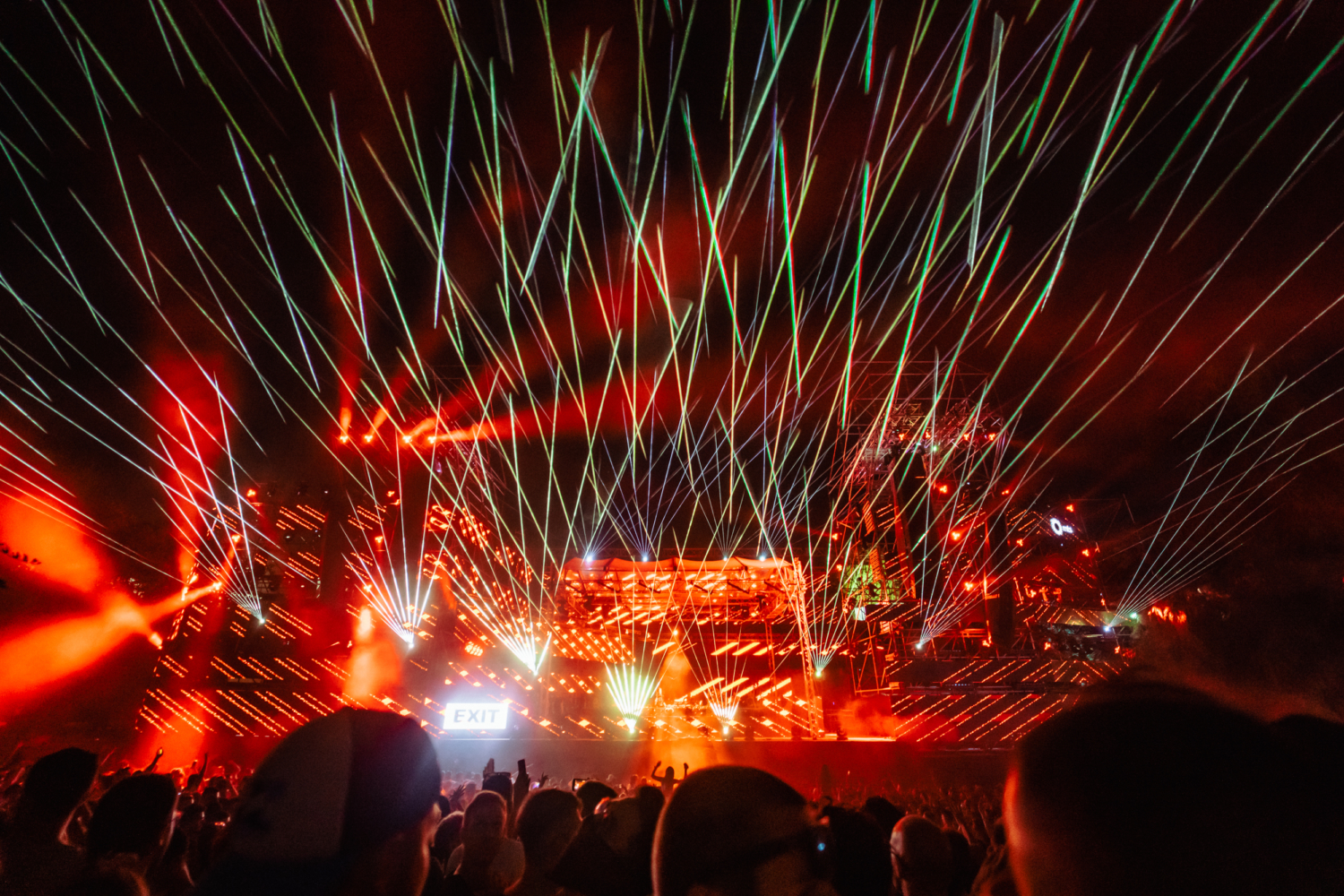 Serbia’s EXIT Festival made its much anticipated return in July, opening the gates of Novi Sad’s ancient Petrovaradin Fortress to 180,000 pent up yet jubilant concert-goers from around the world. The event didn’t just mark the Eastern European mainstay’s 20th anniversary—it was also the first major European festival since the COVID-19 pandemic struck 18 months ago. With that came a handful of logistical hoops to jump through, such as a PCR test for attendees to take prior to arrival, as well as some last-minute lineup changes, but for most, both were inconsequential prerequisites to experiencing the inexplicable magic of simply being at a festival again.

Once permitted entry, attendees were afforded access to one of the most vibrant and historic festival grounds worldwide. The Petrovaradin Fortress that EXIT calls home is full of untold secrets for those in attendance to stumble upon. Be it the unmarked stone tunnels that lead attendees to entire stages, the countless scenic overlooks, or how the very fortress walls are used to channel certain stages’ acoustics, attendees are constantly reminded of the grounds’ uniquely whimsy.

That said, the EXIT Festival experience begins well before tickets are scanned and bags checked. For many, it begins with a picturesque trek across the Danube—Europe’s second largest river—which EXIT overlooks. From there, it’s simply a follow the crowds affair, as the otherwise modest streets that make up the outskirts of Novi Sad play host to a Mardi Gras-esque celebration funneling straight into the festival itself.

Although EXIT has built its reputation on smorgasbord lineups of rock, hip-hop, metal, and dance acts, 2021 had an unabashed electronic focus, decked to the nines with an array of the world’s top-tier DJs. Acts like Sweden’s heavy-metal outfit Sabaton and rap enigma Sheck Wes offered a smattering of something else, but were ultimately the cherry on top of a decadent, electronic-heavy schedule. The festival’s main stage was led by an EDM-forward lineup featuring the slithering bass talents of DJ Snake and the smooth beats of Germany’s Robin Schulz, capped off by a future rave headlining set from the man who never seems to have a bad night at the office, David Guetta.

Other stages, such as the MTS Dance Arena and No Sleep, offered a deeper dive into the realm of dance music, but were slightly less accessible—both figuratively and literally. Easy to miss at a first glance of the fortress grounds, the MTS Dance Arena catered to EXIT’s house- and techno-hungry crowds, fleshing out a who’s who lineup that included Amelie Lens, Charlotte de Witte, Pan Pot, Solomun, and the legendary Paul Kalkbrenner. The stage also highlighted some of the hardships of throwing Europe’s first major festival after lockdown, as its third day of the festival was plagued by last-minute cancellations of Boris Brejcha, Hot Since 82, and Honey Dijon. However, last-minute audibles saw the likes of Russia’s Nina Kravitz and Adiel back-to-back Francois X fill those slots, resulting in some of the most-talked-about sets of the weekend.

Few moments, however, demonstrate the cumulative magic of EXIT Festival more poignantly than Paul Kalkbrenner’s live dispersement of his timeless wonder, “Sky and Sand.” Perched hundreds of feet above the Danube river atop the 240-year-old Petrovaradin Fortress, thousands of fans at Exit’s MTS Dance Arena joined to sing,

And we build up castles

in the sky and in the sand

design our own world

I found myself alive

in the palm of your hand

as long as we are flyin’

this world ain’t got no end.

The No Sleep stage involved an even deeper trek into the underbelly of both modern techno and EXIT Festival’s maze-like grounds. Accessed through an ancient stone tunnel and tucked into one of the far corners of the Petrovaradin Fortress, No Sleep has a vibe and following all unto itself, to the point where it has branched off into its own festival of the same name. Showcased on this stage, and capturing much of the festival chatter before and after her set, was supernova Palestinian DJ Sama’ Abdulhadi, who practically split the stage in two with her electro- and percussive-heavy techno style. And if her performance itself didn’t peg her as one to watch, her connection with and admiration from the fans following her set sure did.

Those looking to explore beyond the realms of techno, house, and commercial dance had nearly a dozen other stages to peruse hosting more than 300 artists during EXIT’s four-day reign.

The team behind EXIT made concerted and seemingly impactful efforts to keep coronavirus from entering the festival grounds; each attendee was expected to provide proof of vaccination or a negative PCR test prior to entry. Once fans breached the walls of the Petrovaradin Fortress, however, there were few if any reminders of a global pandemic: no masks, no social distancing, and after just a couple of tracks, no crippling anxiety about being in large groups.

To track the implications of these safety regulations, EXIT Festival coordinated with the Health Centre Novi Sad and the local Project Lab association to better understand the spread of the virus at the festival. Simply put, the reported results are more than encouraging, highlighting that among a sample of 345 attendees who were tested before and after the festival, not a single person tested positive following the event. While this cannot be taken as an absolute result in the sense that there were zero reported cases of COVID-19 following EXIT, it does make a strong argument for how festivals can be operated safely, ultimately avoiding the taboo of becoming super-spreader events. Veselin Bojat, the director of Novi Sad’s Health Centre confirmed,

“It will take some time to get the final analysis results, but it can already be said, both based on research and the daily number of newly infected people in Novi Sad, that the EXIT Festival was not a place of mass infection with the virus.”

While much of Europe heads back to the drawing board to devise a solution to safely hosting outdoor and open-air events in a COVID-ridden world, EXIT seems to have found a way to make it work. With a clean bill of health and its sights set on what’s to come, EXIT Festival’s 20th anniversary won’t just go down in history as a much needed return to normalcy, but also as a shining example for the rest of the world to follow in suit.