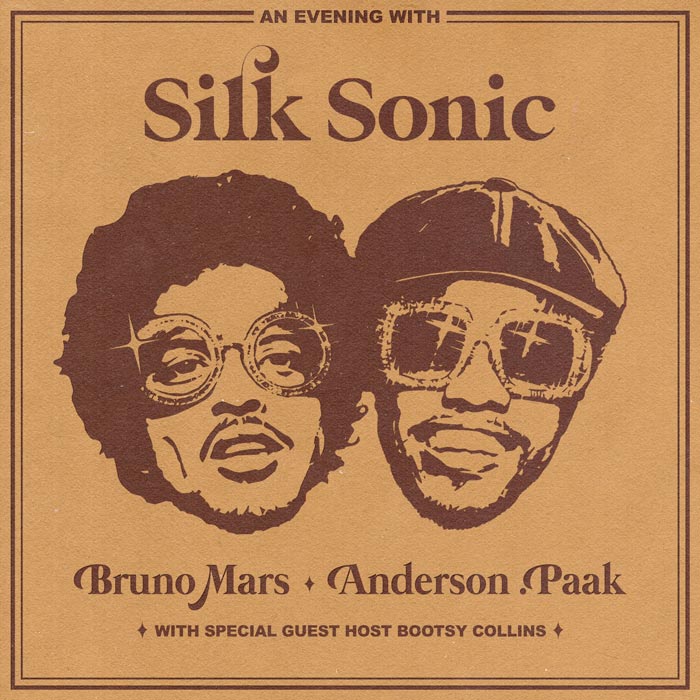 Well, this is a pleasant surprise!

Earlier this year Bruno Mars and Anderson .Paak announced that they have joined forces, and — known as Silk Sonic — will release a collaborative project sometime in 2021. They then treated fans to that project’s first single, “Leave The Door Open.”

Then, as quickly as they appeared, they bounced. Save for some performances (including a memorable one at the 2021 BET Awards), the pair did not reveal any more details about the project (outside of funk legend Bootsy Collins playing a heavy role in it). Now Mars and .Paak have returned with a second offering, “Skate.”

“I’m excited, because the sun is out and I’m hoping everybody’s outside, everybody’s at the pool, at the beach, barbecuing, listen to some Silk Sonic,.” Mars said to Apple Music’s Zane Lowe. “Me and the team was thinking about what if we were performing in the  middle of a roller rink, what would that baseline be doing? What would the guitar be doing? What would the drums be talking about? And I wanted to play congas and that’s what you get. You get a song called ‘Skate.’ Talking about I’m trying to float. I’m trying to glide.”

With their album, An Evening With Silk Sonic, coming soon, listen to “Skate” below.