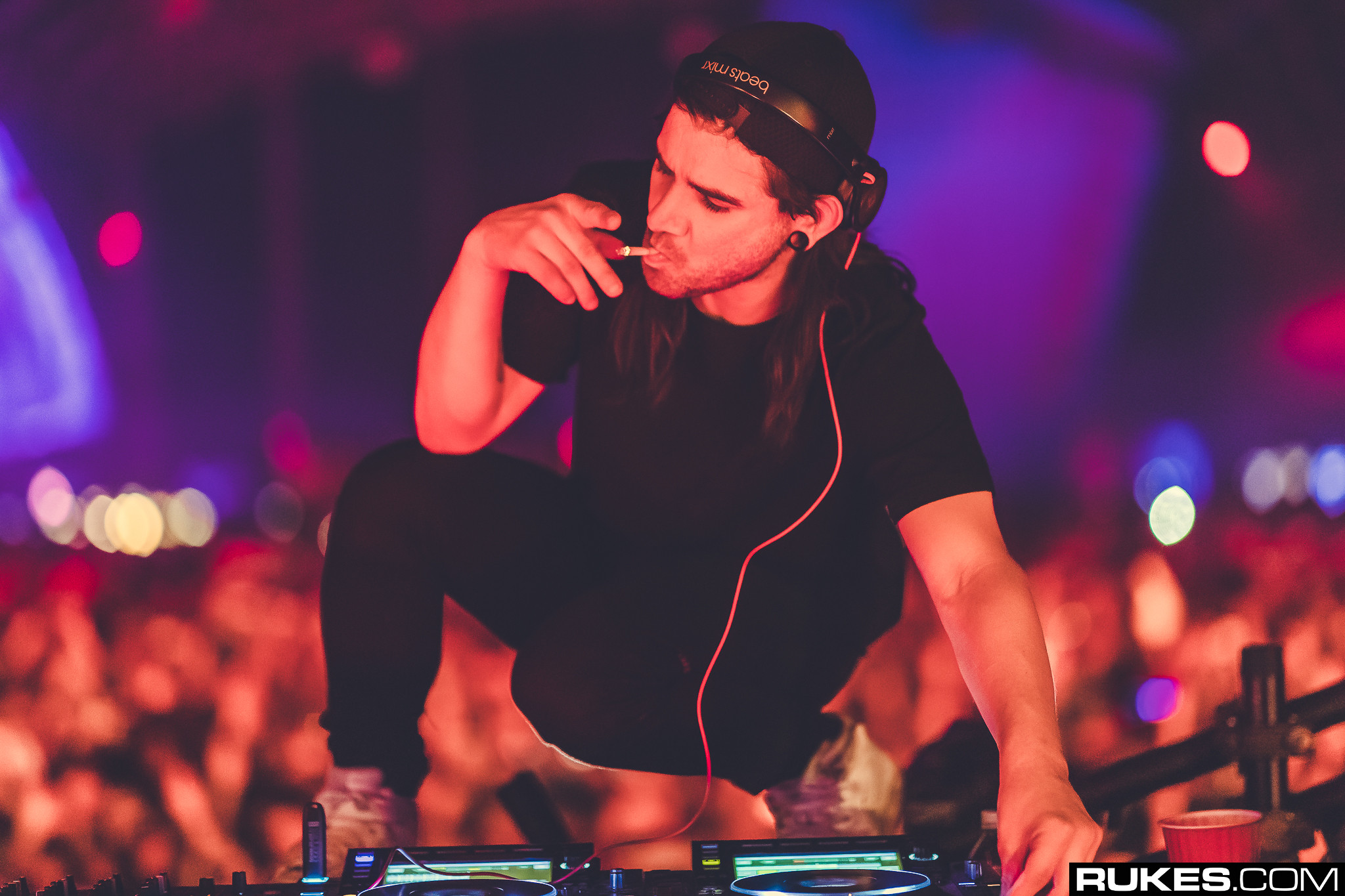 2015 saw Skrillex‘s game-changing Jack Ü project alongside Diplo dominate the airwaves and festival scene. Justin Bieber was also at the forefront of the year, his career-pivoting Purpose project nearly inescapable. Skrillex helped to produce the record, and the pair of artists managed to create two of the year’s biggest hits, including “Where Are Ü Now” and “Sorry.”

Skrillex has remained a frequent collaboration of Bieber’s, contributing to the Canadian pop star’s most recent LP, Justice. However, “Where Are Ü Now” had been the last official collaboration between the pair—until now. Bringing on Don Toliver to round out their new single, “Don’t Go,” Skrillex and Bieber find themselves together on a track once more, suggesting history could repeat itself. Speaking to Zane Lowe on Apple Music 1, Skrillex said of his years working with Justin Bieber,

“To be honest, before I even worked with Justin Bieber, in that era, I didn’t really pay attention to pop music that much and I wasn’t really paying attention to what was current and relevant and I knew his music and I knew who he was and stuff that. So for me, it’s similar to when Korn called me up earlier in my career and I was just honored just to work with people who were great. The thing about Justin is if you’ve ever been in the studio with him or seen videos, he’s one of the most talented people in the whole planet so, for me, getting to work with people of that talent always pushes me to do new things. I mean, I don’t if I answered the question. I definitely feel the shift with the first record we did and all that stuff, and I’m just happy to be a part of inspiring people.”

Bieber is not the only talent from “Where Are Ü Now” that Skrillex has reunited with as he’s been making his comeback. June saw him return with Poo Bear for the single “The Day You Left.” Over the course of the past several months, Skrillex has been sharing a steady stream of releases, including “Butterflies,” “over and done,” “Supersonic (My Existence),” “In Da Getto,” and “En Mi Cuarto.” With seven new singles since May, fans have been curious to know what else Skrillex has in store, and if a full-length project may soon be announced. Touching on that with Zane Lowe, Skrillex said,

“I don’t like to say too much, but I mean, I have some projects, I hate the word finishing, but I have all the songs and I’m just in there tweaking and releasing some singles before I decided to put out the bodies of work. But yeah, man, I’m just really trying to keep my head down. It’s obviously been a challenging couple of years for all of us, and I think there’s been a blessing in disguise because I was going to put out maybe some music before COVID or right around when COVID was going to hit and then that hit and I decided just to go back in and explore more and more, which I’m glad I did. And for better or for worse, there’s so much to express. I don’t think I could ever stop thinking of art to create or music to create because I’m not that good of a speaker or communicator in another way. And that’s just what I to do, you know what I mean?”